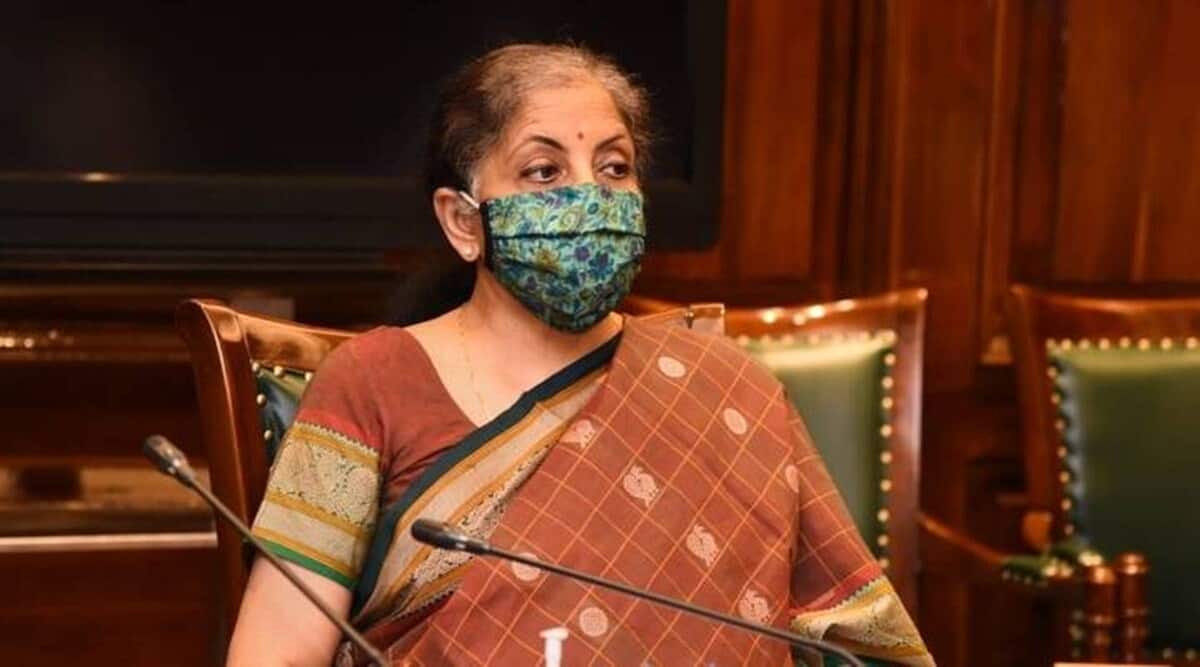 The finance minister is scheduled to present Union Budget 2022-23 in Parliament on February 1. (File)

The fintech industry has urged Finance Minister Nirmala Sitharaman to further liberalise the tax regime for financial sector startups in the forthcoming Budget, arguing that it has an immense potential to promote financial inclusion and generate significant employment opportunities.

The finance minister is scheduled to present Union Budget 2022-23 in Parliament on February 1. On expectations of the fintech industry from the Budget, Gaurav Jalan, CEO and Founder – mPokket said all startups, including fintech firms, extensively use stock option to attract and retain talent.

However, employees of such fintech companies exercising their ESOP (employee stock ownership plan) option would not only have to arrange the funds to buy the same but also pay around 35 per cent tax as well since the allotted shares are considered part of their package, he said.

“Tax collection at the time of sale of such shares, instead of collection on the employee’s notional income, would resolve cash flow issues of employees and greatly help fintechs continue to attract and retain talent, thereby helping in the industry’s overall growth,” suggested Jalan.

Shruti Aggarwal, Co-founder, Stashfin said the government’s digital push has opened the doors for financial inclusion and the fintech revolution.

“I’d like for the Budget to have a dedicated focus on driving the fintech ecosystem in the country. Fintech industry has the ability to help propel the Indian economy to the place it rightly deserves,” she said.

Just as priority sector lending helped priority sectors of the economy that may require credit and financial assistance from NBFCs, it will be beneficial for fintech startups if more segments are included that drive financial inclusion for citizens with limited credit footprint, Aggarwal said.

She further said currently the onlending by banks to NBFCs is allowed up to an overall limit of five per cent of individual bank’s total priority lending.

“If this gets increased to 7 per cent, it will further boost the economy,” Aggarwal said.

Rakesh Kaul, CEO – Clix Capital said as an important funding avenue for those ineligible for finance from mainstream lenders, NBFCs can play a pivotal role in facilitating faster economic recovery.

He further said the authorities should also facilitate co-lending origination between banks and fintech firms, which ascertains both share the risks.

This, Kaul said would ensure that banks also receive the priority sector benefit for such loans.

Nitya Sharma, Co-Founder & CEO, Simpl was of the view that the fintech industry, especially the digital payments space, has already proved its mettle as a stable growth avenue even during the thick of the pandemic and fully supported the Centre in furthering the digital economy.

“To ensure the benefits of financial technology and digital payments percolate to customers in rural India, the government could focus on expanding digital infrastructure, i.e., payments touchpoints and 5G Internet connectivity in remote areas. This will facilitate speedy transactions and augment the real-time payments system,” he said.

“We welcome support from the government towards technology skill-building initiatives in startups that can go a long way in creating a viable fintech ecosystem,” he said.

India has over 60,000 startups with 42 unicorns. The government has been decided to celebrate January 16 as National Startup Day so that this culture of startups reaches the far-flung parts of the country.