Union Budget 2017: Phasing out of FIPB will cut a layer of red tape

Phasing out of the FIPB which over a period of time has lost its relevance, will cut a layer of red tape 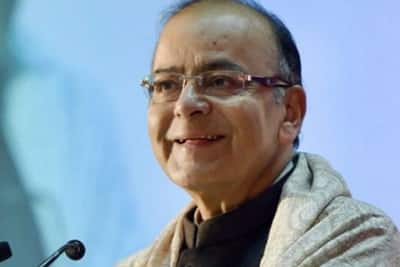 The 2017 Budget was a keenly awaited affair for domestic and foreign trade and businesses, as well as aam aadmi. In the backdrop of “tectonic” policy measures of demonetisation and passage of the GST paving way for introduction of a unified indirect tax regime, the stage was set for the government to unfurl reassuring measures to stimulate the economy. At an overall policy level, budget proposals do not disappoint with any form of draconian measures which markets were speculating and instead focus upon a range of socio-economic themes for improved financial inclusion for rural India, job creation, transparency, anti-black money measures, digitalisation and ease of doing business.

From fiscal policy standpoint, the FM chose an expansionary macro-economic policy proposing increase in capital outlays by 25%, to encourage public expenditures in eye of sluggish private investments, subdued global environment and inadequate employment avenues. Besides, accepting the recommendations of NK Singh panel on FRBM, the government targeted to peg the fiscal deficit at 3.2% of GDP for FY18 and 3% in FY19. This will give time to study the FRBM panel recommendations which seems to have suggested a closer look at debt management and CAD rather than the overall deficit figure.

In terms of tax proposals, the FM’s thrust was to stimulate growth, relief to middle class, affordable housing, disincentivising cash transactions, transparency of political funding and simplification of tax administration. On the direct tax front, the reduction in corporate tax rate to 25% for MSMEs with an annual turnover of upto R50 crore is proposed. The government estimates that around 96% of companies shall benefit—this certainly is a bold move and simultaneously doesn’t take away large corporate taxpayers, who shall have to wait. On the flip side, the overall roadmap on tax rates seems elusive given its non-committal nature; base income tax rate for LLPs remain at 30%, leading to in-congruency in tax rate structures. MAT rate has not also been rationalised/removed; however, to allow companies to monetise their trapped cash, carry forward of MAT has been extended to 15 years (from 10). Extended credit utilisation period would also help tax holiday businesses in particular, to add few basis points to their equity yield and carry forward unutilised MAT credit.

Change in personal tax rates was well on card, it has been proposed to be reduced for individuals (between income of R0.25 million to R0.5 million) to 5% from the present 10%. This will leave more money in the pockets for consumption, and help re-distribute income to address slump in the demand.

On foreign investments, proposal to exempt FPIs from applicability of indirect transfer provisions is a big relief as the administrative circular enhanced their anxiety. This is significant in light of the developments in the UK and the US proposing domestic corporate tax reforms and change in interest regime. Phasing out of the FIPB which over a period of time has lost its relevance given a liberal regime shall cut a layer of red tape, though FDI attracting sectoral cap shall be monitored.

Policy measures to promote digital economy entail proposals to limit the cash expenditure allowable as a permissible deduction, for revenue and capital expenditure, to R10,000, from R20,000. Further, cash transactions exceeding R0.3 million are almost barred attracting penalty of an equal amount. Likewise, restrictive measures have been proposed for electoral funding, such as maximum cash donation by each individual be restricted to R2,000, reporting donations, tax exempt status to parties contingent on timely filing of returns and introducing bonds for anonymity of corporate donors.

On GST, the budget reiterates commitment to roll it out during the next fiscal year. What would be key is the government rolling a firm cut-off date for GST implementation.