The upcoming budget, which will be Finance Minister Arun Jaitley’s third full-fledged Union Budget, is expected to be quite different from the previous ones. 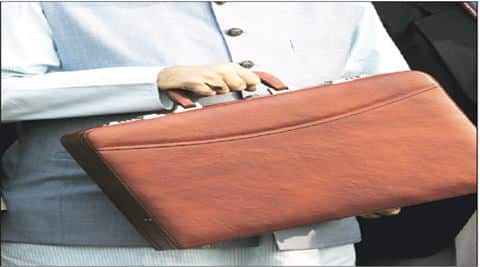 The upcoming budget, which will be Finance Minister Arun Jaitley’s third full-fledged Union Budget, is expected to be quite different from the previous ones. This year will not only witness the advancement of the Union Budget by one month, but also the consolidation of the Railway Budget and the Union Budget.

In a bid to garner public insight on their anticipation from the upcoming Union Budget 2017-18, KPMG in India has conducted a Pre-Budget Survey 2017-18. About 750 senior professionals across sectors participated in the online survey held in January 2017.

Also Read
TDS on Cash Withdrawal from Banks/Post Offices: Here’s what Budget 2022 can do to give relief to taxpayers
House Rent Allowance: ‘Expand metro cities list for 50% HRA exemption calculation for salaried in Budget 2022’
Cryptocurrency Tax Calculation: What will be Taxed, What won’t, How and When?
Employer’s NPS contribution of 14% for state and central government employees proposed by FM

Here we are taking a look at the key expectations of professionals from the Budget:

1. Policy reform expectations:
Given the current economic outlook, it will be interesting to see what constitutes top priority areas in the government’s agenda to formulate the tax policies and alter/amend the existing ones for fiscal year 2017.

General Anti Avoidance Rules (GAAR) provisions were first introduced in Budget 2012. However, in absence of proper guidelines on the same, its implementation has been repeatedly postponed. While the government is eager to kick in the GAAR provisions from 1 April 2017, the survey shows a clear divided opinion of respondents, half of whom expect the GAAR provisions to be further postponed.

Further, 60 per cent of the respondents expect the deferment of Income Computation and Disclosure Standards (ICDS).

Being one of the first countries to introduce equalization levy in response to the BEPS action plan on dealing with digital economy, India has proved that in terms of adoption of the principles of BEPS they are leading at an accelerated pace. 37 per cent of the respondents expect that India will be faster in adopting the principles under action plan of OECD on BEPS.

The Government’s focus has been on increased compliance, reduced litigation and increased transparency in the tax regime. 76 per cent of respondents, however, still believe that that the government needs to take further actions in providing certainty around tax liabilities.

2. Demonetization impact:
Demonetization has been one of the most, if not the most, radical reforms Independent India has witnessed. It came with the multiple objectives of curbing black money, widening the tax net and counterfeit currency management. In wake of demonetization, certain amendments were made under the Income-tax Act to ensure that defaulting tax payers are subjected to higher tax rate and more stringent penalty provisions.

3. Corporate tax expectations:
ICDS, initially notified on 31 March 2015, has resulted in a greater administrative burden on the business groups and complexity in maintaining multiple set of accounts, defeating the very purpose of ICDS. In this background, 60 per cent of the respondents expect that the government would defer the implementation of ICDS further.
Whereas a large majority of survey respondents (75 per cent) are expecting implementation of next phase of reduction in corporate tax rates, a majority expects the Minimum Alternate Tax (MAT), Securities Transaction Tax and Dividend Distribution Tax to remain unchanged.

The government introduced Place of Effective Management (POEM) in Budget 2015 and deferred them by a year in Budget 2016.

There is still a level of uncertainty around its implementation. 40 per cent of the respondents feel that the global business aspirations would be partly affected whereas 32 per cent agree with the difficulties being faced by their global business.

You May Also Like To Watch This:
[jwplayer pb9XqHYI]

4. International stage:
As high as 91 per cent of the respondents feel that the recent amendments to India’s bilateral tax treaties with Mauritius, Singapore and Cyprus have been fair. It is a welcome result considering the government’s agenda to curb tax avoidance and in view of being BEPS ready from the treaty abuse perspective.

India has been actively involved in effective implementation of the BEPS recommendations. 83 per cent of the respondents expect that the budget is going to enhance the scope of equalization levy.

5. Indirect tax expectations:
GST is one of the most awaited tax reforms and the government has recently announced that it is likely to implement it from July 1, 2017. 49 per cent of the respondents believe 1 July 2017 to be more realistic date since GST is transactional tax and it can be introduced any time. However, significant 43 per cent believe it could be later than 1 July 2017.

Considering the progress made by the GST Council in the past few weeks, 68 per cent of the respondents feel that the draft GST Model Law is likely to be passed in this year’s Budget session. Majority of the respondents (82 per cent) also expect the Budget to curtail the exemptions/concessions and rationalise the CENVAT Credit regime to bring in line with the proposed GST regime.
While the government is trying to iron out all the issues for a smooth implementation, 95 per cent of the respondents think that GST will have a positive impact on the economy which could be on account of various factors such as ease of doing business due to simplified indirect tax structure, elimination of cascading effect of taxes, liberal credit regime etc.

6. Foreign investor expectations:
Implementation of indirect transfer provisions has caused a lot of uncertainty in the minds of investors, both from technical as well as practical stand point. CBDT issued a circular in December 2016 clarifying its stance on several issues regarding indirect transfer which has now been kept in abeyance post representations made by several groups of investors. As per the survey, 30 per cent of the respondents are expecting clarity/ relief in the Budget 2017.

However, given the uncertainty prevailing around this issue, 51 per cent respondents have chosen to not have a view on the government’s next move in this regard.

7. Personal taxation expectations:
The wishful sentiment of reduction in personal tax rate has become even stronger with the recent demonetization. In the survey also, the majority of respondents (more than 85 per cent) are expecting reduction in personal tax. With no alteration in the personal tax rates in the last budget, all hopes are pinned to the upcoming budget announcements for some relief. Around 94.13 per cent of the survey respondents opine that relief will be provided to individual taxpayers.

Approximately 59 per cent of the survey respondents believe that an increase in income tax slab limits would be most beneficial.

However, 25 per cent expect increase in the tax exemption limit to be better and 16 per cent believe that reintroduction of standard deduction for salaried employees could be more beneficial.