Economic Survey 2020 India: The IL&FS crisis following debt defaults in 2018 had led to a contagion in the domestic non-banking financial company (NBFCs) sector. 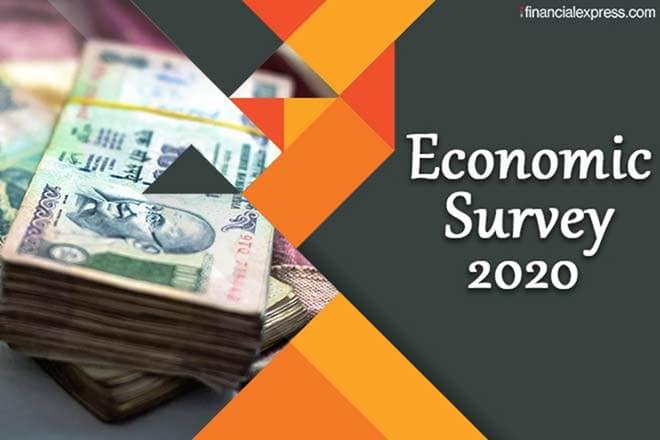 Economic Survey 2020: Larger retail NBFCs had higher Health Scores, but among medium and small retail NBFCs, the medium-size ones had a lower Health Score for the March 2014-March 2019 period, according to the Survey.

The ‘Health Score’, developed for NBFC and housing finance company (HFCs) sectors, can help detect early-warning signals of impending liquidity problems facing the companies in the sectors. The Survey, presented in Parliament by Finance Minister Nirmala Sitharaman on Friday, said the Health Score could be used to provide early warning signals of impending rollover risk problems in the NBFC sector and help set prudential threshold of permitted funding to the sector.

A sudden payment default without any prior warning by Infrastructure Leasing and Financial Services (IL&FS) in August 2018 had triggered panic and caused liquidity crisis in the NBFC sector. Quoting the recent example of defaults on loan obligation by two IL&FS’ subsidiaries and Dewan Housing Finance Corporation (DHFL), the Survey also brings out the cascading adverse effect of NBFC defaults on the economy.

The Survey said the Health Score is based on the rollover risk, which includes asset liability management risk, interconnectedness risk, and financial and operating resilience of an NBFC. The Economic Survey’s analysis shows the Health Score for the HFC sector exhibited a declining trend after 2014. By the end of 2018-19, the health of the overall sector had worsened considerably. Similarly, the Health Score of the retail NBFC sector was consistently below par for the period between 2014 and 2019.

Further, the pre-Budget Survey observed that the Health Score could be of immense use to policymakers with respect to the shadow banking channel of growth. “Health Score can serve the critical role of predicting refinancing-related stress faced by the financial firms in advance. It can serve as an important monitoring mechanism to prevent such problems in future. “Furthermore, disaggregating the components and examining their trends can shed light on how to regulate NBFCs,” the Survey said.

It said the Health Score can also be used by policymakers to allocate scarce capital to stressed NBFCs optimally to alleviate a liquidity crisis. Also, it can be used to set prudential thresholds on the extent of wholesale funding that can be permitted for firms in the shadow banking system. “Regulators can use the Health Score as a basis for optimally directing capital infusions to deserving NBFCs to ensure efficient allocation of scarce capital,” it said.

The payment defaults emanating from IL&FS and DHFL resulted in a chain reaction, adversely affecting the market price of their commercial papers, panic sale by investors in debt mutual funds. The defaults also triggered steep decline in net asset value of these debt funds by 53 per cent and a sharp decline in the equity prices of stressed NBFCs, causing huge losses of Rs 4,000 crore to NBFCs.

“This took a toll on the overall credit growth in the Indian economy, and, in turn, caused a decline in GDP growth,” the Survey said. The Health Score can be used as a valuable tool to introduce corrective measures to address unfavourable financial trends in a timely manner, said the pre-Budget Survey by the government.