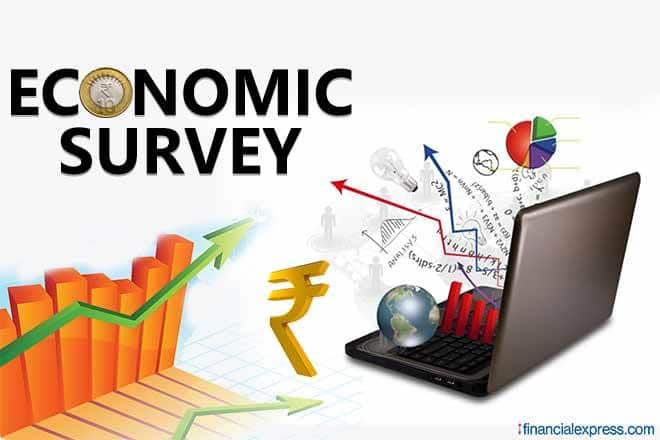 Economic Survey 2020 India: India can emerge as a major hub for assembly of ‘network products’, and a clear-headed strategy in this direction will help to achieve the target of USD 5 trillion economy, create jobs and chart China-like export trajectory, the Economic Survey said on Friday. The Economic Survey 2019-20, presented in Parliament by Finance Minister Nirmala Sitharaman, drew attention to China’s “remarkable export performance” that was driven primarily by specialisation at scale in labour-intensive activities, especially “network products”.

The Survey highlighted that India also has huge potential to emerge as a major hub for final assembly of ‘network products’ such as computers, electronics and telecom equipments — the global value chain which is controlled by the likes of Apple, Samsung and Sony. The Survey exhorted India to grab the “unprecedented opportunity” to chart a China-like export trajectory.

Also Read
House Rent Allowance: ‘Expand metro cities list for 50% HRA exemption calculation for salaried in Budget 2022’
TDS on Cash Withdrawal from Banks/Post Offices: Here’s what Budget 2022 can do to give relief to taxpayers
Cryptocurrency Tax Calculation: What will be Taxed, What won’t, How and When?
Railway Budget 2022 Highlights: In Nirmala Sitharaman’s big billion blueprint, Indian Railways is a clear winner

“Exports of network products, which is expected to equal USD 7 trillion worldwide in 2025, can contribute a quarter of the increase in value-added for the USD 5 trillion economy by 2025,” it said. India must, therefore, focus on group of industries referred to as “network products”, where production processes are globally fragmented and controlled by leading Multi-National Enterprises (MNEs).

“The incremental value added in the economy from the target level of exports of network products, which is expected to equal USD 248 billion in 2025, would make up about one-quarter of the increase required for making India a USD 5 trillion economy by 2025,” it said. The Survey said US–China trade war is causing major “adjustments” in global value chains and companies are now looking for alternative locations for their operations – an opportunity that India can cash in.

“These developments present India an unprecedented opportunity to chart a similar export trajectory as that pursued by China and create unparalleled job opportunities for its youth,” it said. Economic survey said high diversification combined with low specialisation meant that India is spreading its exports thinly over many products and partners, leading to lacklustre performance compared to China.

“The bottom line is that if India wants to become a major exporter, it should specialise more in the areas of its comparative advantage and achieve significant quantity expansion,” it said. The Survey said that while India’s export of network products increased to USD 32 billion in 2018, from USD 2 billion in 2000, its participation in this market remained miniscule compared to that of other Asian countries.

Among the major Asian countries, India and Indonesia are the only ones with a trade deficit in such products. By raising India’s share in world exports of network products to 3.6 per cent by 2025, it is possible to create 38.5 million additional jobs in the country during the next five years, it said.

Moreover, by raising this share to 6.1 per cent by 2030, it is possible to generate additional 82.2 million jobs during the next ten years, it added. The Survey said that in order to position the country as an attractive location for assembly activities, it is important that import tariff rates for intermediate inputs are zero or negligible.