Defence Budget Allocation: Here’s everything you need to know

There has been slight increase in the defence allocation for the next fiscal and the focus is on pushing the indigenisation in building military platforms in India. 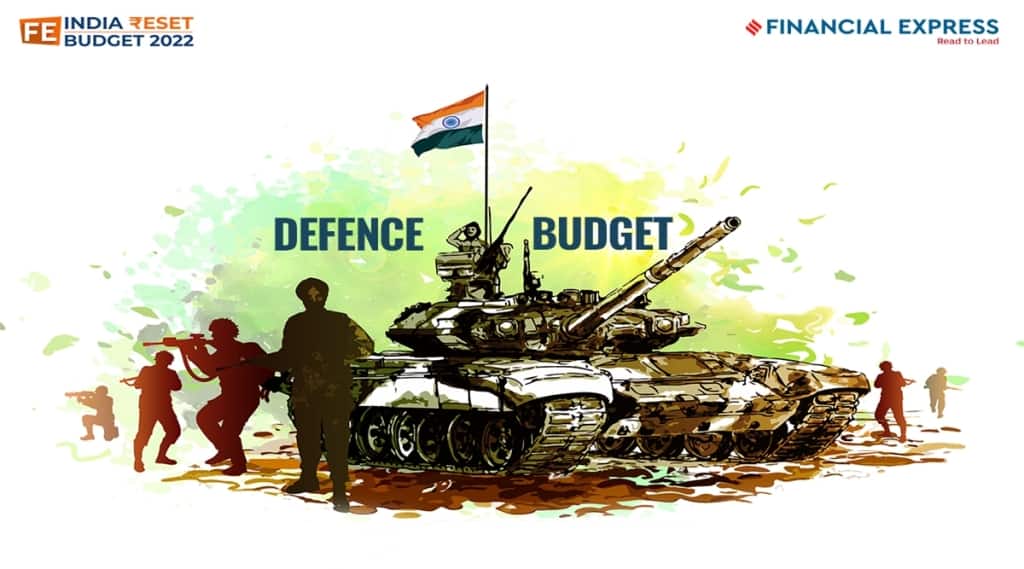 Over a period of nine years, there has been a hike in defence budget totalling almost 76 per cent.

Keeping in mind the growing Chinese bullying tactics in the region, and focus on modernisation of the Indian Armed forces and Infrastructure, the Defence budget allocation for next fiscal has witnessed a hike.

For the next fiscal, in the annual budget announced on Tuesday (February 1, 2022), the Ministry of Defence has been allocated a total budget of Rs 5.25 lakh crore. This allocation is 13.31% of the total budget. There has been slight increase in the defence allocation for the next fiscal and the focus is on pushing the indigenisation in building military platforms in India.

According to an official note issued by the Ministry of Defence, this includes an amount of Rs 1.19 lakh crore for Defence Pensions. And, the total Defence Budget has been hiked by Rs 46,970 crore (9.82%) over Budget Estimates 2021-22.

Also Read
Budget 2019: Indian diplomacy needed a shot in the arm but budget flatters to deceive
Defence allocation for 2022-23: Views of experts and industry

The focus for the next fiscal is on modernisation of the Armed Forces and development of the Defence security infrastructure; this is at the centre stage of the National Security and Defence Planning Process.

According to the Ministry of Defence, over a period of nine years, there has been a hike in defence budget totalling almost 76 per cent.

The Capital Allocations for the infrastructure and modernisation of the Armed Forces has witnessed a significant hike — Rs 1.52 lakh crore and this according to the Ministry of Defence represents an increase of Rs 17,308 crore (12.82 percent) over FY 2021-22.

For Revenue expenditure that includes the maintenance of the establishments as well as expenses on the payment of salaries Rs 2,33,000 crore has been allocated.

To reduce import dependency and promote self reliance 68 per cent of the capital procurement budget has been earmarked for domestic industry.

Around 25 per cent of the defence R&D budget has been earmarked for start-ups and the private sector.

Reacting to the defence allocation, defence minister Rajnath Singh took to social media and said that the 68 per cent of the Capital expenditure which has been set aside for domestic procurement is keeping in line with the `Vocal for Local’ push and this will give a boost to the domestic defence companies.

In a tweet he also termed the reservation of 25 percent of the R&D Budget for Start-Ups and Private entities as an excellent move.

Budgetary allocation for all three services

To deal with emerging threats in the Indian Ocean region and country’s focus on overall maritime security concerns, there is a 44.53 percent jump in Indian Navy’s allocation for modernisation, Rs 46,323 crore for 2022-23. This increase in the funds is expected to help the Indian Navy bridge critical capability gaps, build a credible maritime force for future warfare, acquiring new platforms and most importantly in building Op and Strategic Infrastructure.

Interestingly, the capital budget allocation for the Indian Army has gone down by 12.2 per cent. Compared to last fiscal Rs 36, 481.90, this year’s allocation stands at Rs 32,102 crore.

The Indian Air Force too witnessed an increase of 4.5 per cent in its capital budget compared to the previous year. It has been allocated Rs 56, 851.55 crore.

Why did the Navy get more?

Growing Chinese presence in the IOR and the Indian Navy’s efforts to build its assets to meet the emerging threats has increased its spending. In FY 2021-22, the Navy was the only service which had spent 90 percent of capital funds.

The Indian Army was unable to spend its previous allocation. According to reports it was able to spend just around 40 percent of its budgetary estimates for the current fiscal. During mid-year revised estimates of the Army’s capital budget it was reduced to Rs 25,377.09 crore from the Rs 36,481 crore, which was allocated initially.

And the Indian Air Force had used up around 70 per cent of its allocation.

Also, the allocation for Border Roads Organisation (BRO) has been increased by 40 per cent. This increase is expected to help in the development of border infrastructure and important tunnels like Sela and Naechiphu tunnels. It will help in the construction of the bridges on major rivers.