Union Budget 2020 India: The data scan by the economic survey suggests that the economic slowdown may be tapering with green shoots visible in a few quarters of the economy. 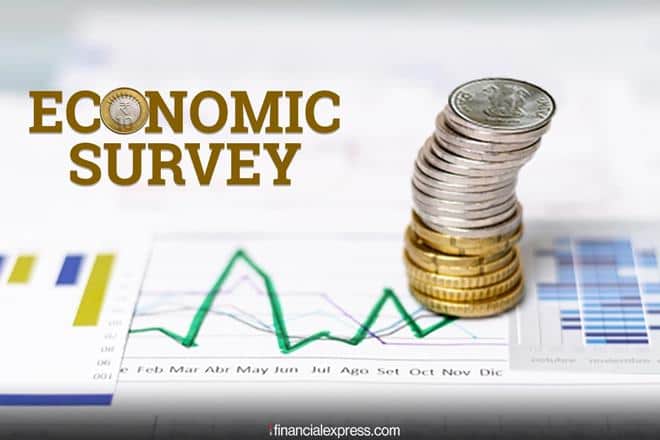 Economic Survey 2020 India: Economists across the country have welcomed the recommendations of the Economic Survey 2020, which was today presented by Finance Minister Nirmala Sitharaman in the parliament. To steer India out of the marsh of the current slowdown, the survey holds many suggestions for the government.  The economic survey has also estimated that the country’s economy will grow at 6-6.5 per cent in the next fiscal year. With reference to the GDP growth in H2 FY19, the economic survey indicated an uptick in the GDP growth as the government’s First Advance Estimates pegged the full-year growth at 5 per cent.

Here’s what the economists say on Economic Survey 2020:

Also Read
TDS on Cash Withdrawal from Banks/Post Offices: Here’s what Budget 2022 can do to give relief to taxpayers
Cryptocurrency Tax Calculation: What will be Taxed, What won’t, How and When?
House Rent Allowance: ‘Expand metro cities list for 50% HRA exemption calculation for salaried in Budget 2022’
Employer’s NPS contribution of 14% for state and central government employees proposed by FM

Attaining the projected growth rate of 6-6.5% will be challenging. The demand cycle is yet to pick up in India. Global growth including India is likely to be significantly impacted by the Coronavirus factor, taking cues from the history of impacts from the SARS outbreak. We can possibly infer a significantly higher government spending in the next fiscal from these projected growth numbers and will have to await the Budget announcements tomorrow for the same.”

The data scan by the economic survey suggests that the economic slowdown may be tapering with green shoots visible in a few quarters of the economy. India can take advantage of the global situation as India remains an attractive investment destination because of the untapped potential of the domestic demand and massive infrastructure spending plans; rising number of millennials in the population (impacting both the nature of consumption and workforce); and the rapidly evolving entrepreneurial ecosystem. All eyes are now on tomorrow’s budget as the government walks a tightrope of balancing growth and inflation.

We echo the Economic Survey’s comment that the government must expedite reforms to usher in a strong economic rebound in FY2021. This is particularly critical given the limited room, if any, for further monetary easing, with the headline CPI inflation likely to remain sticky above the MPC’s medium-term target of 4% until September 2020.

Moreover, a concerted nudge by the Government to reboot the virtuous cycle of investment-led growth, as advocated by the Survey, would be crucial for economic growth to revive to the upper end of the range of 6.0-6.5% forecast for FY2021, and eventually feed into the goal of expanding the Indian economy to USD 5 trillion.

Realizing economic growth targets and attaining national aspirations call for not just renewed focus and investment in key sectors like infrastructure and rural empowerment, but also on establishing and enabling a climate of trust. Consequently, the survey’s emphasis on strengthening India’s trust economy and on the creation of simpler and speedier contractual enforcement regimes are indeed most welcome.

The focus of the survey on further simplifying processes involved in setting up new businesses, as well as on facilitating business aspirations at a district level is in accordance with its overarching goal of equitable and universal wealth creation.

There needs to be a solution to tax terrorism and some efforts need to be put into fostering trust and cordial relationships between the tax department and businesses. Taxpayers need to see the benefit of paying taxes. Perhaps some focused attention can be given to this. It will go a long way in reducing the pinch that taxpayers feel about paying taxes.

The concrete steps for the economy to grow and the road map need to be charted out and much more confidence needs to be generated. Also, there needs to be better coordination amongst various agencies for citizens to see the benefits of better governance.

The survey has clearly articulated the case for accelerating strategic divestment – it is expected that this will constitute a major source of financing in the forthcoming Budget 2020-21. The survey has rightly identified focus areas for further improving ease of doing business like starting a business, registering property, paying taxes and enforcing contracts.

However, while some of them are under the direct control of the Government of India and its associated agencies, others, like registering property and enforcing contracts, are under the administrative jurisdiction of either the State Governments or the Judiciary and would require suitable measures to facilitate collaborative action.