Is carving a defence budget confined to being an annual exercise or are defence budgets meant to be read as a continuum? While a number of such aspects may continue to intrigue us, there is no doubt that prevailing circumstances and the aspirations of a developing country play a large part in arriving at this figure. 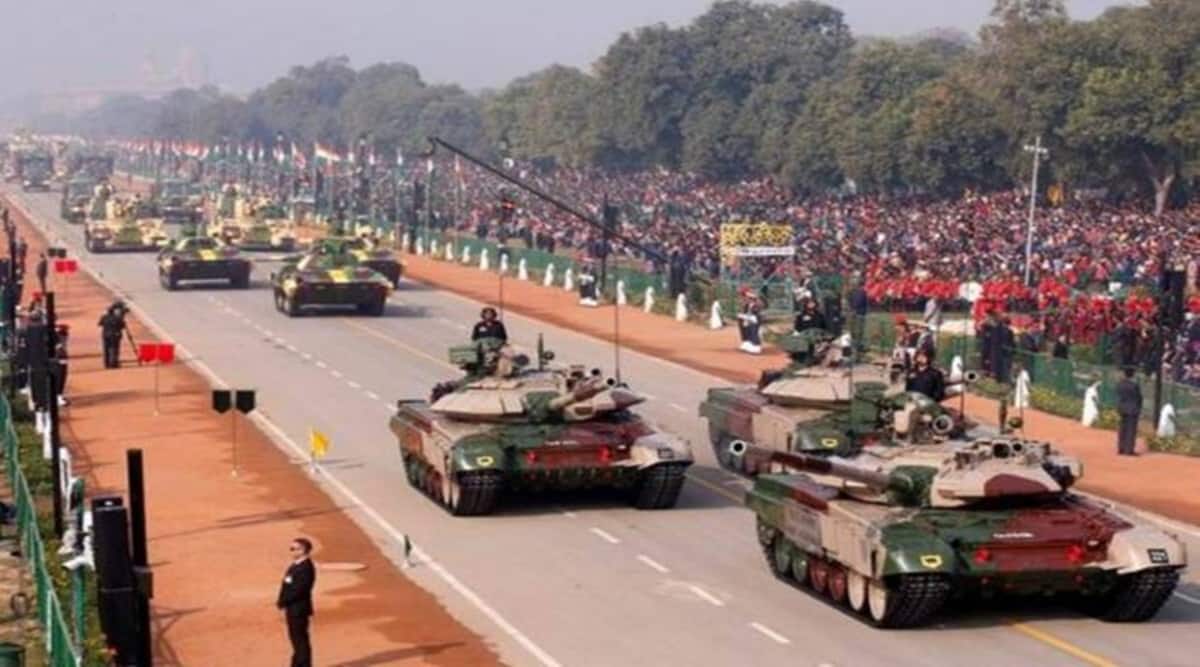 The Defence Services Estimate breakdown of that budget clearly indicated that its overall revenue portion accounted for almost 61%, largely due to the manpower of the Army. (File photo: Reuters)

This is the time of the year when defence planners in the armed forces await with keen interest the unveiling of the annual defence budget. So, is it just a figure that someone in power dictates, or a mathematical portion that can be spared by bureaucrats from the overall kitty or what an economist determines would look appropriate as part of the country’s economy? Is carving a defence budget confined to being an annual exercise or are defence budgets meant to be read as a continuum? While a number of such aspects may continue to intrigue us, there is no doubt that prevailing circumstances and the aspirations of a developing country play a large part in arriving at this figure.

India is a peace-loving nation. But maintaining peace also implies taking care of various threats that we face. With two belligerent neighbours on the borders, which have gone to war with us earlier, building deterrence becomes an intrinsic part of our strategy to achieve national security. The armed forces naturally bear bulk of the responsibility to counter such threats, which they aim through tangible military objectives and employing requisite defence capabilities, when the need arises.

There has been a stand-off with China in Eastern Ladakh since Jun 2020. 14 rounds of talks have been held to disengage troops but success has unfortunately eluded us. During this time the Chinese have established settlements, created military infrastructure and enhanced troop presence on the border necessitating greater deployment of our forces. China’s military modernization is manifest in their combat exercises and possible deployment of new weapon systems across our northern borders. While a conflict benefits neither country, its possibility can only be ignored at one’s peril.

The peace on our Western borders with Pakistan too is fragile, though a ceasefire is currently holding. The Proxy war in J&K continues and a terrorist incident anytime could spark a series of disruptive events. Meanwhile a lot of Chinese weapons and equipment are finding their way into the Pak armed forces.

So, in essence, our geostrategic location and existing security challenges demand that our armed forces remain formidable. Further, 2 the area of influence of our military needs to expand sufficiently to thwart any inimical designs against our land, seas and airspace.

Let us now take a look at the previous defence budget, which supported the modernization and sustenance of the military. The MoD budget estimate for FY 2021-22 amounted to Rs 4.78 lakh cr, only a 1.4% increase over the previous year, understandably, due to the economic crunch then, resulting from the pandemic. Of this, the capital outlay had been enhanced to 1.35 lakh crore, a jump of almost 19%, the bulk going towards acquisition and thereby spurring modernisation. The revenue outlay had marginally increased to about 2.12 lakh cr. The defence pensions outlay, somehow, had reduced to about 1.16 lakh cr, which was much lesser than that of the previous year.

The Defence Services Estimate breakdown of that budget clearly indicated that its overall revenue portion accounted for almost 61%, largely due to the manpower of the Army. Long term measures such as lateral absorption or increasing retirement ages in some cases were being contemplated, though reduction of Army manpower while ensuring operational needs was much on the anvil. The Navy and Air Force fared much better with their revenue budgets pegged at around 40% or so. Simultaneously, in anticipation of likely capital budgets the Navy settled in the long term for 170 ships, while the Air Force began looking at 35 fighter squadrons. National security planners would therefore do well to ensure that such plans are well supported.

India has in the last decade been one of the biggest importers of defence equipment in the world. To transform into a military power, we surely need to reduce import dependency. Make in India initiatives need to gain momentum, through substantial indigenous weapon and equipment manufacture for our requirements, coupled with sizable defence exports. To cater for the modernization needs of the military the private sector needs to complement the defence public sector and DRDO efforts. This means making much more investments and funds available for R&D in the long term, meeting world class standards, while being aided by suitable outcome-driven tax incentives. The initial costs of creating and maintaining production facilities will naturally arise and push up acquisition costs. It is axiomatic then that the defence private sector looks towards the military for firm orders, something only feasible through a considerable budget.

The armed forces in turn have to play a greater role in scientific budget planning and utilization. A meaningful Integrated Capability Development Plan (ICDP) will go a long way in doing that. For this the ICDP requires an urgent prioritization of inter-service capability development schemes, lest single service inclinations continue to overshadow joint capability development. In addition, the services will do well to lay out a pragmatic vision of futuristic military technologies, fast evolving dual-use applications related to artificial intelligence, robotics and quantum computing, through a revision in Joint Services – Technology Perspective Capability Roadmap (TPCR). A greater degree of collaboration by the services would immensely help the expanding defence industrial complex.

For far too long we have focused on traditional war fighting platforms that are employed in the principal land, sea and air domains. It is time to take a hard look at our capabilities and their intersections with the space, cyber and electromagnetic domains, which are increasingly becoming war (and conflict) winning factors. Any vulnerabilities in these emerging domains will jeopardise the use of our existing platforms. Exclusive funding and accelerated development of assets to be utilized in these domains thus become an imperative. With the impetus to jointmanship and integration in the last two years, proposed joint structures too will need additional funding. The establishment of the integrated theatre commands, which eventually will help us reduce overall costs demand de novo joint command, control and communication facilities in addition to existing ones.

What then should be the fillip to the defence budget? Would it not be prudent to increase it in linear proportion to the achieved economic growth for the FY? The manner in which the capital budget was increased last year was encouraging indeed. Non salary revenue budget too impacts the fitness and upkeep of existing military weapons, equipment and infrastructure for combat, and therefore necessitates enhancement. Augmentation for the emerging domains will make the defence budget that much more future-compliant. All this, in turn, will also impose a greater responsibility on the armed forces to develop in tune with modern war fighting concepts and deliver with much gusto.

(The author has been a former CISC and CINCAN. Views expressed are personal and do not reflect the official position or policy of Financial Express Online. Reproducing this content without permission is prohibited).