Union Budget 2021 Expectations for Health Sector: Dr Devi Shetty feels what people need is not a broad spectrum health cover but niche and innovative offerings that involve nominal premium but operate at scale and are focused on population segment and the nature of medical expense to be addressed. 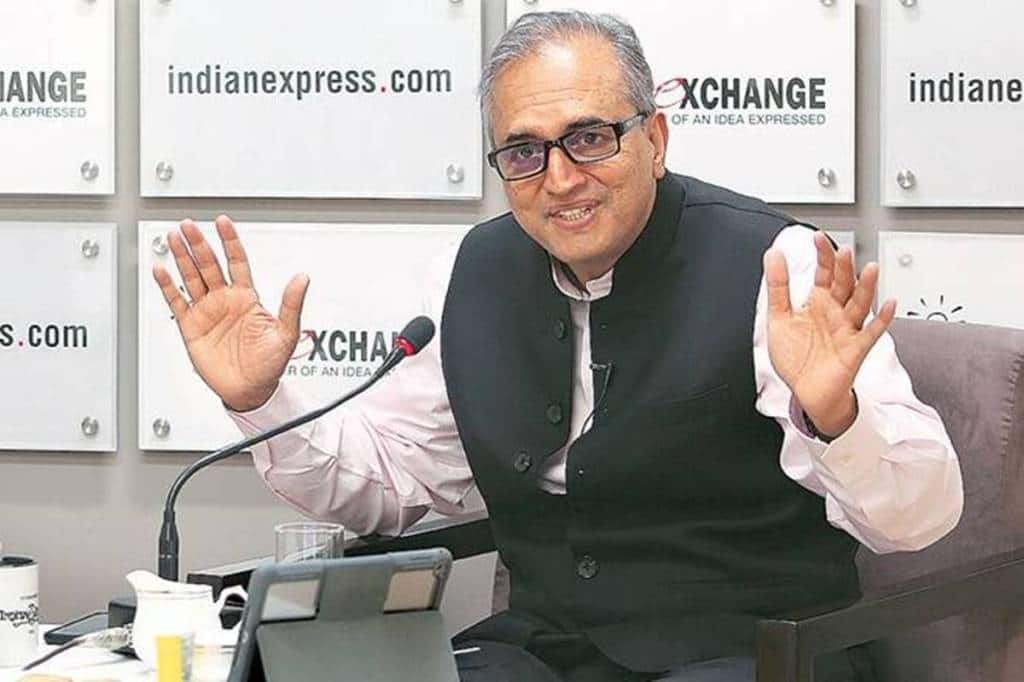 Dr Devi Shetty feels the one big challenge that needs to be addressed is the costs of hospitalization of the large number of people from the working class or what some call the lower middle class and middle class. (IE Image/File)

Union Budget 2021-22 Expectations: Health has arguably taken centre stage and the role of government specially in protecting the health of those without wealth is inescapable. Today, in the light of the pandemic there are reasons to expect Budget 2021 to devote substantial space to measures that the government intends to take to provide the resources and to create the ecosystem that can help us cope better with future challenges. Financial Express Online spoke to Dr Devi Prasad Shetty, a leading cardiac surgeon and chairman, Narayana Health, who has also played a role in designing some of the health programmes.

Dr Shetty feels the one big challenge that needs to be addressed is the costs of hospitalization of a large number of people from the working class or what some call the lower middle class and middle class.

While the insurance sector regulator – The Insurance Regulatory Development Authority (IRDA) has looked at micro-insurance, there is an apparent need to look at ways to get insurance to many more people who are moderate to low premium payers.

Also Read
Employer’s NPS contribution of 14% for state and central government employees proposed by FM
TDS on Cash Withdrawal from Banks/Post Offices: Here’s what Budget 2022 can do to give relief to taxpayers
Cryptocurrency Tax Calculation 2022: What will be Taxed, What won’t, How and When?
House Rent Allowance: ‘Expand metro cities list for 50% HRA exemption calculation for salaried in Budget 2022’

“Look around and you will find there is a large lower-middle class, and middle-class population with monthly incomes in the region of Rs 30,000 to Rs 70,000. While, this may seem a lot of money but with one or two children and old parents, who if they need an ICU (intensive care unit) care for even for a day, they may not be in a position to afford it,” says Dr Shetty. Therefore, he feels, “it is time for the government to open up the health insurance sector for all kinds of niche and ailment-focussed schemes that are innovative and yet do not result in a burden on the patient and his family.”

Beyond Ayushman Bharat
He says, “while the government has done a phenomenal job in offering health insurance for the poor with Ayushman Bharat, it is time to look at what can be done for the large working population of the country.” What, he feels, is to come up with an institutional framework to roll out micro-insurance. The goal is to provide innovative health cover that neither adds to the government expenses nor results in a huge financial burden for the people needing access to hospitalization and pay for the costs involved.”

What Dr Shetty is saying may resonate with those who have looked at microfinance – collect small amounts of money (premiums in case of insurance) from a large number of people. All of it will require a different institutional mindset and regulation. What he is suggesting goes beyond what is currently looked at which is broadly around some form of focused underwriting for certain segments of population. For instance, an insurance company has to underwrite a specified number of underprivileged sections, which just ends up with entities meeting the targets but not changed mindset on product delivery and refining its scope.

“We need to open up the health insurance much like the way the financial sector in the country – which in the last 30 to 40 years has seen various models emerge from Self Help Groups, chit funds to non-banking finance companies (NBFCs) and even small finance banks today (though, many of them like the SHGs are linked to a strong banking network). All of this was driven by the need to reach those who could not access traditional banking.”

Ask him to explain with an example and he refers to the Yeshasvini scheme that he helped design in Karnataka along with the state government. Targetted at farmers, it has been around for about 18 years now and has helped make a difference. “The farmers pay only Rs 5 per month and the government acts as his re-insurer. Result: 1.4 million farmers pay Rs 5 per month and have access to a network of 600 hospitals covering all surgeries and so far over 1.5 million or over 10 lakh farmers have undertaken varieties of surgeries based on the ailment and these included 1.5 lakh undergoing a heart operation.”

Dr Devi Shetty feels what people need is not a broad spectrum health cover but niche and innovative offerings that involve nominal premium but operate at scale and are focused on population segment and the nature of medical expense to be addressed. “Like farmers paying Rs 5 per month, people could be asked to pay Rs 10 or thereabout while making their electricity bill payments with the amount deducted linked to the amount of electricity consumed by each household and with the government as a re-insurer.”

The government, he feels, needs to come up with such schemes to provide cover to working-class people for a specific purpose – could be cancer care, critical care services, outpatient services or any kind of surgery. In these services, entrepreneurs could take up the role of financial intermediaries.

This, he says, is needed all the more today because this is sadly not the last pandemic that we are going to see. But it could have a ripple effect, according to him. He explains: “Once there’s an ecosystem of such niche financial intermediation then hospitals will start mushrooming across the country, with a net increase in critical care beds that comes with it. With these, the consumption of materials for hospitals will see an increase and with the rise in volumes sought, the costs – on a range of items from drugs, to disposables to medical equipment – will start coming down.”

Also, he says, with a greater concentration of providers, most ailments will get diagnosed early and, therefore, whenever the next pandemic strikes, all would be better prepared.

He also sees the need to look at the way the ESI (Employees’ State Insurance) scheme and its corpus is leveraged. “Unlike all the other government schemes, it is not free. People pay a premium here and ESI is today sitting with a huge corpus of funds – perhaps around Rs 70,000 crore. With such a corpus, none of its members should be suffering. Those paying the premium should be given the freedom to get themselves treated wherever they want,” he says.

Finally, in the context of the vaccines, he says, the government allowing CSR money to be used for spending on vaccination is a welcome development.