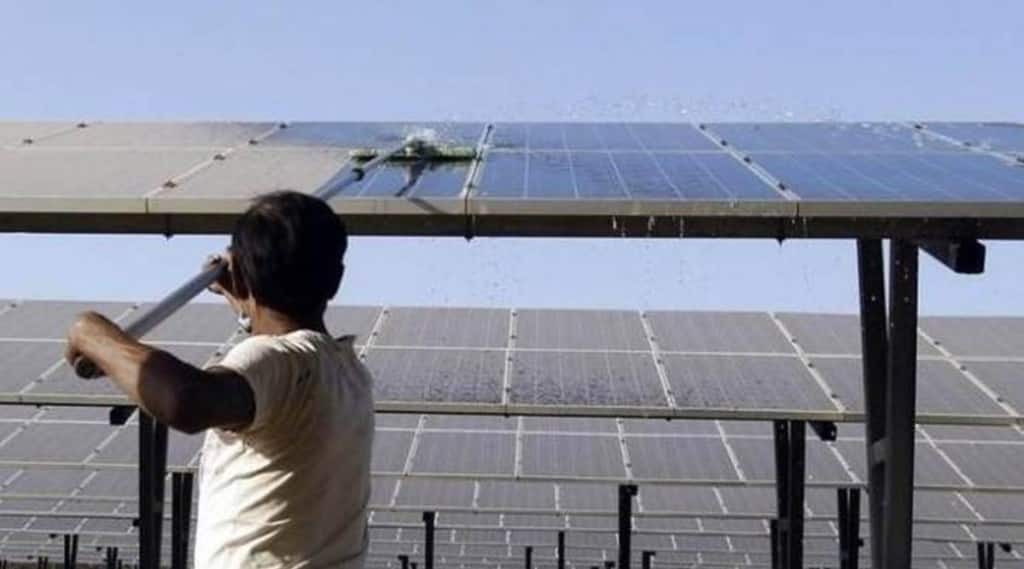 The sharp increase in the prices of steel has affected the costing of solar projects as solar panels are mounted on Module Mounting structures, which are made of steel. (Bloomberg image)

Union Budget 2021-22 Expectations for Solar Power: Initiatives towards increasing green energy capacity and making India a leader in clean power usage has been one of the important aspects of Prime Minister Narendra Modi-government’s policies. In an effort to provide a further push to the green sector, it is expected that in the upcoming budget the government will keep aside funds to make a robust ecosystem for indigenous solar manufacturing, and make it cost-competitive to make an Atmanirbhar Bharat. “We need a comprehensive policy framework encompassing both tariff and non-tariff barriers, long term financial support, and direct incentives to make the domestic solar industry cost-competitive,” Saibaba Vutukuri, CEO, Vikram Solar, told Financial Express Online.

The finance ministry should consider 5 per cent interest subvention on term loan and working capital, upfront Central Financial Assistance of 30 per cent on CAPEX, increase export incentive from 2 per cent to 8 per cent under Remission of Duties or Taxes on Export Product (RoDTEP), which will aid indigenous solar manufacturing, Saibaba Vutukuri added. Further, the industry awaits the implementation of Basic custom duty (BCD) with exemption to Special Economic Zone (SEZ) based solar manufacturers and the Production Linked Incentive (PLI) scheme, he further said.

Also Read
NMDC Steel to IDBI Bank among half a dozen disinvestment entities in the forefront
New Income Tax Slab Budget 2023 Updates & Highlights: Tax rebate hiked, slabs reduced
How much Income Tax will you have to pay if earning Rs 7 lakh, Rs 10 lakh, Rs 15 lakh under New Regime?
Old vs New Tax Regime: How will Budget 2023 benefit taxpayers under both regimes?

The sharp increase in the prices of steel has also affected the costing of solar projects as solar panels are mounted on Module Mounting structures, which are made of steel. In solar pumps and solar power plants, the module mounting structures constitute nearly 25-30 per cent of the total cost.

“Generally, the gap between tendering and execution of government projects is 4-8 months. So, the bids that were put for solar projects are becoming increasingly difficult to execute and are distressing MSMEs in these difficult times,” Gautam Mohanka, Managing Director, Gautam Solar, told Financial Express Online. The structure prices need to be controlled by stopping exports and rationalizing the prices till they become stable on their own, Gautam Mohanka added.