Budget 2020-21: This has been going on since the 2003 model legislation—the Agricultural Produce Marketing (APMC) Act—when prime minister Vajpayee was at the helm of affairs. 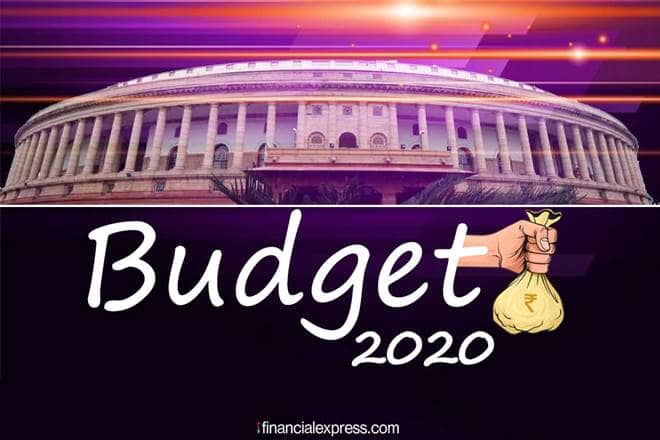 Budget 2020 India: In order to respond to this question, we must understand that this would require about 15% per annum growth in farmers’ real incomes for the next three years, compared to about 3% growth that has been achieved during the five years of Modi 1.0.

Union Budget 2020: In her budget speech, finance minister Nirmala Sitharaman spelt out sixteen measures to reboot agriculture, and re-affirmed the Modi government’s resolve to double farmers’ incomes by 2022. Agriculture has been categorised by her as belonging to the objective of ‘Aspirational India’. These sixteen measures are broadly in the right direction, and in line with the tune of the Economic Survey, which unequivocally supported letting the invisible hand of markets take rein (with trust) for wealth creation. The question for us is to evaluate whether these measures are sufficient to double farmers’ incomes by 2022.

In order to respond to this question, we must understand that this would require about 15% per annum growth in farmers’ real incomes for the next three years, compared to about 3% growth that has been achieved during the five years of Modi 1.0. This five-fold increase in farmers’ incomes, from 3 to 15% per annum, is an almost impossible task given the parameters in which farm incomes are determined, and the measures being suggested by the FM.
Nevertheless, let us look at her key suggestions and see how feasible they are to implement.

It looks like a long laundry-list of wishes and intentions, which are good, but will they deliver? How much money and effort is being put into each of these sixteen measures? Take the case of agri-marketing reforms. Just ‘encouraging’ states to carry out marketing reforms is not going to deliver results. This has been going on since the 2003 model legislation—the Agricultural Produce Marketing (APMC) Act—when prime minister Vajpayee was at the helm of affairs. And, as the late Arun Jaitley used to say, after GST, it is clear that the biggest returns are going to come from agriculture marketing reforms—the model and priority for that has to be on the lines of GST Council. But, unless a focussed and dedicated effort is made in this direction, this will remain a mere wish, and Indian agriculture will remain at the mercy of controls, and restrictive and corrupt marketing practices, with high rents for commission agents and local politicians who are often hand in glove in the running these APMC markets.

The FM’s idea of growing solar power on farmers’ fields is an innovative one. She has moved from PM KUSUM, which aimed to replace agriculture diesel pumps with solar-powered pumpsets, to establishing ‘power plants’ on farmers’ barren fields. But, why restrict it to only barren fields? ‘Solar trees’ can be grown on fertile farm fields at 10-12 feet height, which ensures enough sunlight for photosynthesis for the crops below. If these solar trees can sell surplus power to the grid, ‘solar trees’ become farmers’ third crop, and can help immensely augment their incomes. I had been writing about, based on a global survey, this can be done (bit.ly/31gEyfB). In one acre, 500 solar trees can be put in a manner that the farmer can keep cultivating two irrigated crops, even run a tractor, and make an additional income of Rs 1 lakh per acre if the surplus power is sold to the main grid. Can the FM convert this innovation into a revolution? This would require mobilising financiers, investors, and startups. Above all, it would mean that power utilities need to pay farmers on time for the power that the latter generate.

The FM’s other ideas for agriculture, especially that on Zero Budget Natural Farming (ZBNF), which she repeated this year, need to be tested before they become national policy. Our work at ICRIER, with my colleague Sandip Das, reflects that compared to conventional chemical-based fertiliser farming, ZBNF may suffer a yield loss of 25-50% in case of wheat and paddy, as per Indian Council for Agriculture Research’s ongoing experiments. The best way to promote ZBNF will be to give it a level playing field by reforming the regime of subsidy on chemical fertilisers to direct cash transfers to farmers, and freeing up the prices of chemical fertilisers, in line with what the Economic Survey’s chief architect, Krishnamurthy Subramanian, suggests. But, the FM has shied away from biting this bullet.