Budget 2020 expectations: Anti-counterfeiting should be strategy for economic wellbeing of India

Budget 2020 India expectations: The upcoming budget should include measures and regulations to plug in the holes and make the system stronger. 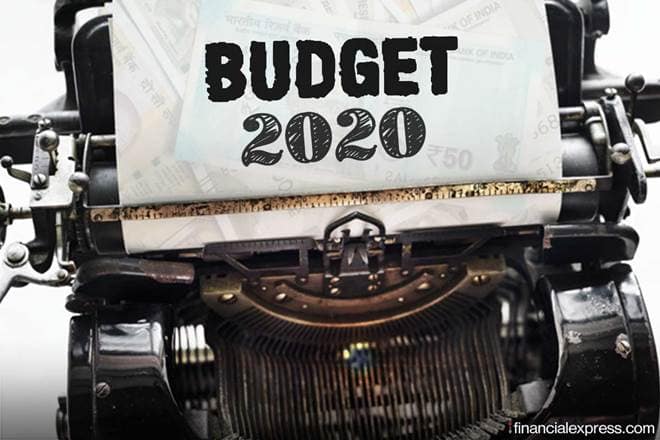 Union Budget 2020: In the Financial year 2018-19, the Government of India witnessed a shortfall of Rs. 50,000 crores in direct taxes collection.

Budget 2020 expectations: In the difficult economic times that the country is facing, all attention goes towards the strategy government will be adopting at the Union Budget. Industry is seeking guidance from the government for a positive tone for the future bringing the country out of the crisis.

In the Financial year 2018-19, the Government of India witnessed a shortfall of Rs. 50,000 crores in direct taxes collection. Consequently, this year the shortfall in tax collection is expected to be over Rs. 2 lakh crores. ] At the same time counterfeiting, smuggling & illicit activities are resulting in loss of more than Rs. 1 Trillion loss of sale to industries & economy every year adding to the difficulty for businesses. According to reports, the estimated tax loss to the exchequer from counterfeiting products is approximately Rs 39,239 crores.

WATCH – Budget 2020: Those with income from simple sources should not file ITR

Also Read
House Rent Allowance: ‘Expand metro cities list for 50% HRA exemption calculation for salaried in Budget 2022’
Employer’s NPS contribution of 14% for state and central government employees proposed by FM
TDS on Cash Withdrawal from Banks/Post Offices: Here’s what Budget 2022 can do to give relief to taxpayers

Considering these circumstances, plugging counterfeiting can help Government increase Tax Revenues, safeguard businesses & prevent social security frauds. Till now a few steps have been taken towards anti-counterfeiting, but no government has adopted it as a strategy for economic wellbeing of the country. Magnitude of the counterfeiting problem in the country cannot be undermined. Policies ensuring implementation of active anti-counterfeiting measures across sectors can bring a huge turnaround for the economy by contributing to the revenues of both the government and businesses. This considerable amount of added government revenue can be invested towards schemes for citizen wellbeing such as education and health.

We look forward to the policies from the government to curb counterfeits across sectors that impact revenues and safeguard ‘Made in India’ labelled products by securing the supply chain. As per a recent report we launched, incidents of counterfeit cases in India increased by nearly 15% in 2019 as compared to 2018. Currency followed by Liquor, FMCG (Food & Beverages), Pharma, FMCG (Personal Care), Documents, Tobacco, Automotive, Construction Material and Chemical are top victims of counterfeiting in the country. When we analyse States, Uttar Pradesh is most affected by counterfeit incidents followed by Bihar, Rajasthan, Jharkhand, Madhya Pradesh, Delhi, West Bengal, Maharashtra, Punjab and Gujarat.

? In terms of currency, approximately 25% of cases are reported from West Bengal and Uttar Pradesh. ? 65% of liquor counterfeit cases are from UP & Jharkhand

? Over 50% of food adulteration cases are from UP, Rajasthan & Punjab ? Over 50% cases of pharma duplication are from UP & Bihar The impact of counterfeiting when studied for specific industries bring out astonishing information on how grave the impact is. For example, alone in the tobacco market, due to various factors, illegal smokes have grown rapidly and now account for 1/4th of the Cigarette Industry in India. This is causing an annual revenue loss of Rs. 13,000/- crores to the exchequer. Policies and regulations effectively reducing illegal products in this sector alone can be a huge step towards public welfare and create goodwill.

Similarly, in the Health Sector, there is an instant need to secure and strengthen the current supply chain to reduce the circulation of counterfeit and substandard medicines and medical equipment. Currently, there are more than 3,600 Jan Aushadhi stores across the country. It is vital that any plans to scale up the number of stores also ensure security and streamlining of the entire supply chain. It will not only ensure delivery of quality medicines to the patients but will also help build confidence in the patients’ minds regarding the Pradhan Mantri Bhartiya Jan Aushadhi Pariyojana Kendra (PMBJP). There is no way to track products beyond the Bureau of Pharma PSUs of India (BPPI) warehouse up to the Jan Aushadhi Kendras (JAKs), which makes the system vulnerable to spurious and substandard medicines sneaking into the system.

The upcoming budget should include measures and regulations to plug in the holes and make the system stronger. Including provisions in these directions in the upcoming budget can be a huge reform for the economy and a big step towards ensuring public welfare.