Budget 2020 income tax: Various exempt allowances available to salaried taxpayers have not kept pace with the rising inflation and have been constant for many years. 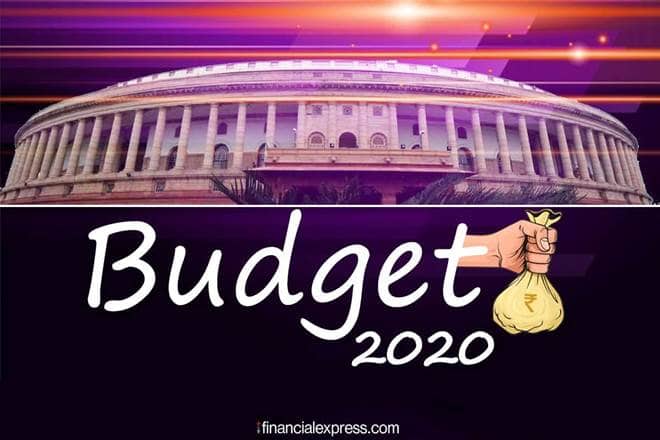 Union Budget 2020 income tax: The Union Budget 2020 is round the corner and expectations of salaried individuals are riding high. Having brought about cuts in the corporate tax rates, the FM is expected to bring about a cut in personal income tax rates as well. Salaried taxpayers are waiting to see a cut in taxes or perhaps getting higher exemption limits on some of the tax savings investments

Let us look at 5 prime income tax expectations of salaried individuals from the FM.

The income slabs may be expanded which will lead to more disposable income in the hands of the taxpayers. “Measures such as increase in basic tax exemption limit of Rs 2.5 lakh as such limit has remained constant since Financial Year 2014-15, realignment of other income slabs basis such revised basic exemption limit, increase in limit of deduction under section 80C comprising of various tax savings investments/ expenditures amongst others will help spur overall demand for goods and services which will provide the much-needed impetus to the economy,” says Parizad Sirwalla, Partner and Head, Global Mobility Services – Tax, KPMG in India.

Also Read
House Rent Allowance: ‘Expand metro cities list for 50% HRA exemption calculation for salaried in Budget 2022’
Employer’s NPS contribution of 14% for state and central government employees proposed by FM
TDS on Cash Withdrawal from Banks/Post Offices: Here’s what Budget 2022 can do to give relief to taxpayers
Cryptocurrency Tax Calculation: What will be Taxed, What won’t, How and When?

2. Increase in limit of allowances

The allowances and concessions have not been revised since long. “Various exempt allowances available to salaried taxpayers have not kept pace with the rising inflation and have been constant for many years. Hence, there is an expectation amongst salaried taxpayers that the limit of such allowances may be revised upwards say children education allowance from Rs 100 to Rs 500 per month per child, children hostel allowance from INR 300 Rs Rs 1,500 per month per child, meal vouchers from Rs 50 to Rs 00 per meal, etc.,” says Parizad.

Cost of meeting medical emergencies is increasing and impacting household budget of salaried individuals. “Medical reimbursement and travel allowance exemption were done away with from FY 2018-19 and in lieu of the standard deduction of Rs 40,000 was reintroduced (which was enhanced to Rs 50,000 from FY 2019-20). To keep pace with the ever-rising medical and fuel costs, the Finance Minister may evaluate restoring such exemptions with higher limits say medical reimbursement up to Rs 50,000 p.a. and travel allowance up to Rs 3,000 per month. At the same time, the salaried taxpayers may always have a wish list that the standard deduction should be retained,” says Parizad.

Homebuyers who depend on home loan also look forward to taking tax benefits on the same. “The set-off of loss under the head ‘Income from house property’ against any other head of income (including Income from salary) was restricted up to Rs 2 lakh per annum with effect from FY 2017-18, which impacted thousands of taxpayers who had availed housing loan(s) in the past based on the provisions of the Act on set-off as it stood then. In order to incentivize home buyers and to boost the real-estate sector, the limit for deduction and set-off of losses may be revised upwards,” informs Parizad.

Tax benefits under section 80C help individuals to not only save tax but also meet long term goals. “’Deduction under Section 80C of the Income-tax Act, 1961 is Rs 1.5 lakh per annum for various common tax-saving investments/expenditure. This limit has not kept pace with the rising inflation and has been kept constant since the financial year 2014-15. This limit should be enhanced to at least Rs 3 lakh per annum to provide impetus to consumer spending to spur demand and also encourage individuals to meet their saving goals. The enhanced limit would also incentivize greater investments in the capital market, thereby providing momentum to the economy,” says Parizad.