Budget 2019: Optimising the Defence budget and the need for organisational reform

Budget 2019 India: In the prevailing security scenario with two adversarial nuclear-armed continental neighbors having an unholy nexus between them and each constantly sniping at India’s heels, has placed a tremendous strain on the revenue resources allocated to the armed forces. 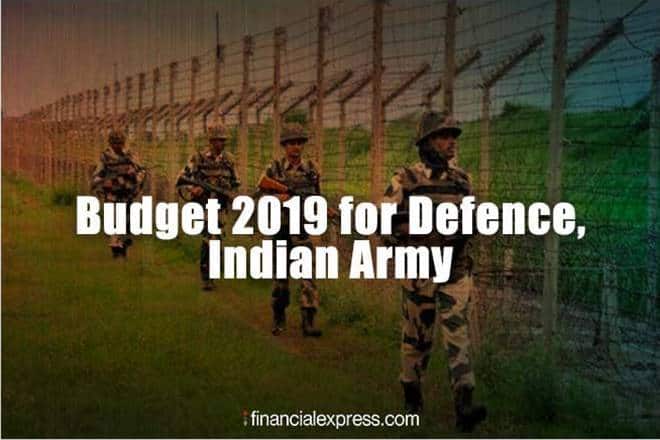 Budget 2019-20: The Revenue allocation is meant for ensuring the operational readiness of the armed forces and includes the operation, maintenance, repair and up-gradation of existing equipment.

Union Budget 2019 India: The absence of any mention of the defence outlay in the budget presentation by the Finance Minister Nirmala Sitharaman, despite her having been the Defence Minister till less than two months ago reflected the continuing neglect of national security at the highest levels of government.

This indifference was also evident in the figures with a total outlay of Rs 3,18,936.22 (approx. $ 45 Bn) which continues to hover around 1.6% of GDP and unchanged from the interim budget allocation in February 2019 of this amount, Rs 2,10.682.42 crores has been allocated for the Revenue stream and Rs 1,08,246.80 towards Capital expenditure, neither of which are sufficient for a military (army, navy and air force) that is operationally committed 24x7x365 with major capability gaps staring it in the face.

Revenue Allocation: The Revenue allocation is meant for ensuring the operational readiness of the armed forces and includes the operation, maintenance, repair and up-gradation of existing equipment. It also includes logistics, fuel, ammunition, pay and allowances etc; in other words, all that is required to keep the armed forces combat worthy.

In the prevailing security scenario with two adversarial nuclear-armed continental neighbors having an unholy nexus between them and each constantly sniping at India’s heels, has placed a tremendous strain on the revenue resources allocated to the armed forces. The current amount is clearly inadequate; it has been so for the last few years and is in dire need of review.

In 2018, the Vice Chief of the Army Staff minced no words when he highlighted this to the Parliamentary Standing Committee on Defence. Subsequently, at another forum, the Chief of the Army Staff made the shocking statement to the effect that the Indian Army is willing to settle for inferior equipment given the limitation of funds. Such a statement from the Chief of one of the world’s largest operationally committed armies, whose troops put their lives in the line of fire every day, should be enough to stir the national conscience.

Also read: Budget 2019: Indian diplomacy needed a shot in the arm but budget flatters to deceive

The irony is that the ruling party had no hesitation in squeezing every last bit of political mileage out of the successful surgical strike by the army in 2016 and the more recent Balakot air strikes for electoral gain. In fact, national security was bandied about by most political parties including the Congress, which is equally to blame for the current sad state of affairs. Unsurprisingly, with the elections done and dusted, the national security narrative has also receded into the background.

Capital Allocation: The revenue budget’s inadequacy notwithstanding, there would have been some cause for hope if the capital allocation which is meant for induction of new equipment would have offset this, but regrettably that too is an equally sad story. Last year the previous Chief of the Naval Staff had indicated that delays in the indigenous shipbuilding programmes were not entirely unwelcome since there was anyway a shortage of funds. In fact, in 2018, not a single new ship was commissioned despite the much-vaunted robust ship and submarine building programme that is spoken of with great pride.

The desired force level of a 200-ship navy by 2027, articulated in 2017, already seems a rather distant dream. This also compares rather poorly with the Chinese navy which is commissioning more than 20 ships and submarines year on year. China has been exporting to other countries in our area of interest and thereby gaining substantial diplomatic leverage as well.

Is it any wonder then that the previous Naval Chief repeatedly highlighted the PLA Navy’s increasing presence in the Indian Ocean as a matter of serious concern? Similar is the case with the other two services. The Indian Air Force has only 26 squadrons or so against a sanctioned strength of 42. The Army is probably the worst off amongst the three. Against a desirable ratio of a 30:40:30 mix of legacy, current and future equipment, the current ratio in our armed forces is broadly at a dismal 35:50:15 .

The Planning and Implementation Gap: The Indian Armed Forces prepare a 15-year Long Term Integrated Perspective Plan, 5- year capital acquisition plans co-terminus with the national 5-Year plans and a 2-year Annual Acquisition Plan which is re-calibrated annually. These plans are based on a conservative estimate of anticipated annual GDP growth and a corresponding increase in the defense budget. The periodicity of these plans offers ample opportunity for prioritization and mid-course correction and all of these are duly approved by the Ministry of Defense (MoD).

However, the implementation of these leaves much to be desired. Procedural bottlenecks, ambitious policy formulation, archaic mindsets, protracted negotiations, inadequate knowledge and a host of other factors leads to delays across the entire decision-making chain and more often than not derails these plans.

This in turn leads to capital funds remaining un-used with the requirement to be met from the following year’s funds. If almost every major acquisition programme gets delayed, as is the norm, over a period of time these amounts referred to as ‘committed liabilities’ threaten to overwhelm the entire annual capital allocation. This is exactly the situation the MoD and the Armed Forces are now finding themselves in.

This is an unsustainable situation which is going to get even more acute with the Government. In its attempt to modernize the military, the government is going in for a flurry of big-ticket acquisitions through various Government-to-Government (G2G) mechanisms with different countries. These include the 24 Naval Multi-Role helicopters, the Chinook and Apache helicopters, the additional 10 Boeing P8I LRMP aircraft, the 155MM Howitzers, the S-400 Air Defense System, four Type 1135.6 frigates, an Akula class nuclear submarine on lease and the much discussed Rafael aircraft to name a few. The navy, the smallest of the three services is looking to award contracts for additional submarines, ships and aircraft, besides the ongoing programmes for the indigenous aircraft carrier, the P-75 submarines, the P-15B destroyers and the P-17A frigates etc.

Some of these programmes are already running behind schedule thus throwing the entire budgetary planning of the services out of gear. If all these are indeed to be acquired in the envisaged time frame, the defense budget, both capital and revenue needs to be re-examined, and adequate funding provided over the next few years for it to regain even keel.

Optimising Contemporary Governance: The pre-election rhetoric of the NDA on national security before the 2009 elections and the strong mandate in its favor then gave room for optimism that national security will get the attention it deserves. However, initiatives like Make in India etc flattered to deceive and little improvement was seen. The return of the NDA Government and its unassailable mandate in 2019 has provided it a rare opportunity to take national governance into the 21st century.

Archaic governance and bureaucratic structures still largely shaped by colonial mind sets need to be demolished and a contemporary governance framework with optimization of national resources and alive to the needs and aspirations of a modern India is the need of the hour. This is as true of the MoD as anywhere else.

India is a developing society where competing socio-economic challenges will always impact the less tangible ‘national security’ requirements. Hence a judicious balance needs to be found. While the desired defense budget of 3% of the GDP may be wishful thinking, a more realistic figure of over 2%, if optimally utilized over a sustained period of 10 years or so may be able to address the current challenges of equipment shortages and modernization.

Restructuring the MoD: Besides addressing the financial constraints, equally important, if not more so, is the immediate need for re-organisation of the MoD. For this, first and foremost, the Armed Forces Headquarters have to be fully integrated into the Ministry and not be attached offices as they are at present. This will trim the bureaucratic flab considerably by streamlining the present inefficient and at times counter-productive system of two parallel structures involved in taking the same decisions. Besides, the availability of expert domain knowledge, so vital to effective decision making in a technology-intensive specialized environment, which is sorely lacking in the MoD at present will also be available.

The Defense Procurement Procedure (DPP), introduced in 2002, despite its many iterations with the 2016 version being much improved, needs to be thoroughly audited for its effectiveness. While it has largely achieved its stated aim of transparency and probity, it has led to avoidable delays in procurement leading to glaring capability deficits in India’s combat preparedness. Ironically, all the big-ticket acquisitions be they aircraft, helicopters, ships, submarines or even the latest M777 howitzer have been procured through a G2G route and have bypassed the DPP.

Conclusion: India’s defense budget, inadequate to meet the huge modernization backlog requires a sustained enhancement over the next few years to address the widening deficits in the military’s combat readiness. A holistic approach to national security with leaner and more efficient organisational structures is an imperative that cannot be postponed any longer and will need to be driven from the top. While little change has been seen in the last five years, the present government must bring about comprehensive defense reform in the next five.

(The author is a naval veteran and presently Vice President of the Indian Maritime Foundation. The views expressed are personal).