India Budget 2019-20: Infrastructure development will clearly have to play a leading, even critical role in realizing India’s growth goals. 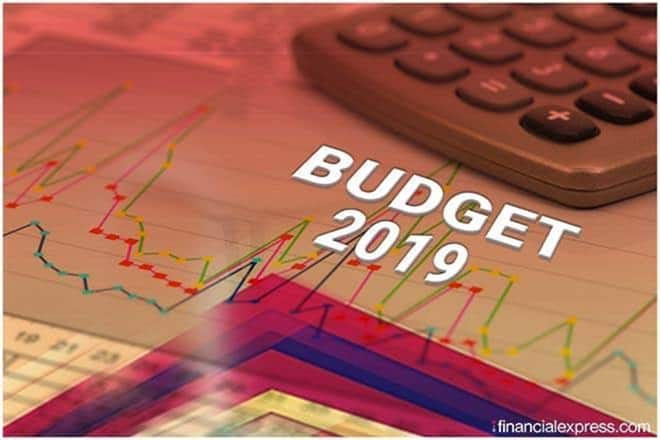 Union Budget 2019: The government is struggling with low revenues, and it remains to be seen how the centre balances its priorities.

India Budget 2019: As the new Government begins its second term, reviving economic growth is clearly on top of the agenda. Given this, infrastructure development will just as clearly have to play a leading, even critical role in realizing India’s growth goals. This is also the time to make a strategic structural shift: the public- private partnership (PPP) model of infrastructure development should take on a much bigger and catalytic role.

Leading institutional investors from Canada, Australia and Asia have made large investments (several billion dollars) in highways, airports, conventional and renewable energy. Arguably, this has not happened overnight and is really a result of deliberate efforts by the authorities in de-bottlenecking infrastructure sectors and creating enabling financing models.

Also Read
TDS on Cash Withdrawal from Banks/Post Offices: Here’s what Budget 2022 can do to give relief to taxpayers
House Rent Allowance: ‘Expand metro cities list for 50% HRA exemption calculation for salaried in Budget 2022’
Employer’s NPS contribution of 14% for state and central government employees proposed by FM
Public Provident Fund: Get Rs 80 lakh after just 15 years if this Budget wish is fulfilled!

But some projects have suffered from aggressive risk-taking and overleveraging; this has been further exacerbated by regulatory issues, even as the framework itself was still maturing. While several good projects were designed and built, overleveraged companies and lending banks ended up in financial distress. Recent developments in the non-bank finance company (NBFC) universe are further manifestations of legacy issues impacting PPPs.

Crisil Infrastructure Investability Index 2018 found that private sector participation has slowed down over the last few years. Investments in thermal power for example, were impacted by issues like fuel supply challenges, no power purchase agreements, slow demand growth etc.; projects that were setting up 25 GW of capacity fell into distress.

But that is only one part of the story. In 2018 alone, PPP-led projects added 18 GW of renewable energy generating capacity. Favourable policies were mainly responsible for the investment in renewable energy – solar and wind, as well as in airport and ports & logistics. Specific steps have been taken to resolve some of the legacy issues in power generation and EPC – the SHAKTI scheme for provision of coal for stranded power plants and a dispute resolution mechanism for EPC claims are some such examples.

Other development-oriented policy reforms have also added to investor confidence in PPPs. Consider the introduction of Real Estate Regulation Act (RERA) for streamlining the real state sector and providing a robust regulatory platform to attract investments through formal channels. Infrastructure sector status to affordable housing and logistics has enabled them to avail fiscal benefits and reduced their costs of finance.

In addressing challenges related to the institutional strength and regulatory maturity, the Government took steps on recommendations made by the Vijay Kelkar Committee on Revisiting and Revitalising the PPP Model in November 2015.

Now, the Government is tailoring project structures to suit the prevailing risks facing developers or investors. A prime example is the highways sector, where the earlier model generated a large number of greenfield build-operate-transfer (BOT) toll roads. The current environment not being fully conducive for such projects, the National Highways Authority of India (NHAI) has come up with the Hybrid Annuity Model (HAM) to attract private investment. HAM helped significantly mitigate financing and market risks.

In the airports sector, recent bid out for six AAI (Airports Authority of India) airports on a slightly revised PPP format addressed private sector and AAI’s concerns at the same time.

However, challenges in infrastructure sector are far from over. It will need collective effort by all stakeholders to completely resolve the situation and provide a greater fillip to investments.

Financial stability is a critical pillar for infrastructure project development. Given the challenges faced by traditional infrastructure financiers, there is an acute need for fresh sources of capital. Policy-makers have focused efforts on creating a suite of alternative financing structures like Infrastructure Debt Funds (IDF), InvITs and TOT (for asset recycling) placed at different points of the risk-return spectrum.

One significant but relatively understated phenomenon is the rising participation of pension and insurance funds such as CPPIB, CDPQ, OMERS, PSP, Allianz etc., directly into infrastructure assets. Their scale, international experience and long-term horizon make them ideal PPP investors.

We are at an important inflection point in our economic growth trajectory. At a time when we are fiscally constrained, PPPs in infrastructure that bring in private investment may be the critical solution to focus on.

Here are a few ideas for consideration that could make our PPP environment even more robust:

 Putting in place a strong mechanism (for e.g. the earlier proposed Public Utility Disputes Resolution Bill or an Empowered Group) to address and close pending disputes in older contracts

To paraphrase the German poet, Wolfgang Von Goethe, whatever we can do or dream we can do, let’s begin it. “Commitment has boldness, genius and magic in it.”