Budget 2018 for Education, teachers: From Integrated B.Ed to Eklavya Vidyalaya – All you need to know

Budget 2018 for Education, teachers: Finance Minister Arun Jaitley today presented the most important financial statement of the country in the Parliament. The union minister said the government plans to increase digital intensity in the education sector. 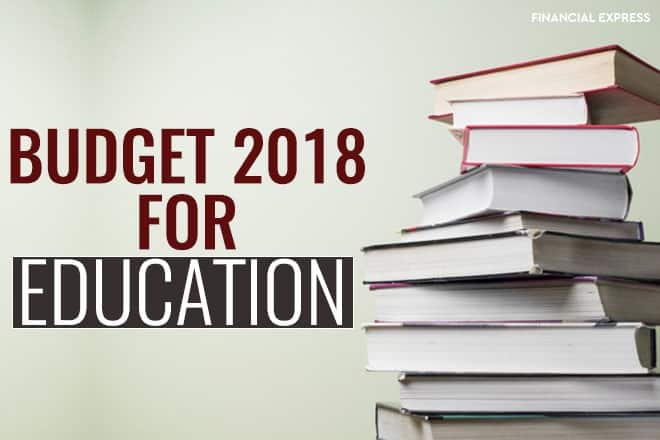 Budget 2018 for Education, teachers: Finance Minister Arun Jaitley today presented the most important financial statement of the country in the Parliament. While talking about the Education Sector, the government proposed to revitalise infrastructure, opening schools for Scheduled Tribe population as well as promoting programmes for teachers, in order to improve quality education for students. He added by saying that a scheme known as ‘RISE’ will be launched with a total investment of Rs 1 lakh crore in next 4 years.

RISE stands for Revitalising of Infrastructure and Systems in Education. While talking about the new initiatives to be launched in this sector, FM Jaitley said that by 2022, every block with more than 50% ST population and at least 20,000 tribal people will have an ‘Ekalavya’ school at par with Navodaya Vidyalaya. In addition, a total of Rs 1.35 lakh crore has been allocated for health, education and social welfare.

Finance Minister Jaitley said the government plans to increase digital intensity in the education sector. He added that technology is the biggest driver in improving the quality of education. “Technology will be the biggest driver in improving quality of education. We propose to increase the digital intensity in education and move gradually from blackboard to digital board,” said FM Arun Jaitley.

In the case of Medical Education, the government is planning to set up 24 new government medical colleges in the country. FM Jaitley while presenting the Budget said that the new medical institutes will be set up by upgrading existing district hospitals, to ensure 1 medical college for every 3 parliamentary constituencies. The government is also planning to establish a new Rail University in the city of Vadodara and 18 new schools of planning in the IITs and NITs.

As far as the teachers are concerned, the government is planning to launch an Integrated B.Ed programme to improve the quality of teachers in the country. A new portal known as Diksha has been launched by the training of the teachers. Anil Swarup, while talking about the portal took to Twitter and shared a post saying, “Recognizing the importance of technology and the role of teachers, the budget speech highlights digital portal, DIKSHA, to upgrade skills of the teacher. The portal is covering bouquet of initiatives, including pre-service training and in-service capacity building.”

While presenting the Budget last year, FM Arun Jaitley had allocated a sum of Rs 79,686 crore to the education sector. There was a 10% increase in the overall allocation to this department as compared to the Budget 2016 from Rs 72,394 crore in 2016 to Rs 79,686 crore. Out of the Rs 7,292 crore hike last year, a huge chunk of Rs 3,000 crore was allocated to the Indian Institute of Technology (IITs). A total of Rs 10000 crore was proposed by PM Narendra Modi for 20 Indian varsities in order ensure that they are counted among the best. This step was taken after it was noted that no Indian varsity ranks among the World best universities.

FM Arun Jaitley had also announced the development of two news All India Institute of Medical Sciences (AIIMS) during Budget 2017. The new medical institutes were proposed to come up in Jharkhand and Gujarat. In addition to this, the Indian Institute of Management (IIM) Bill was proposed during the budget session. It was given a green signal by the Lok Sabha in July 2017 and was passed in the Rajya Sabha towards the end of 2017 in December. “Good quality institutions would be enabled to have greater administrative and academic autonomy. Colleges will be identified based on accreditation and ranking, and given autonomous status,” Jaitley had said.