Budget 2018: Farm distress is likely to be one of the major focal points of the Union Budget 2018-19, as the growth in agri-GDP as well as farmers’ (real) incomes has fallen to around 2% per annum during the first four years of the Modi government. 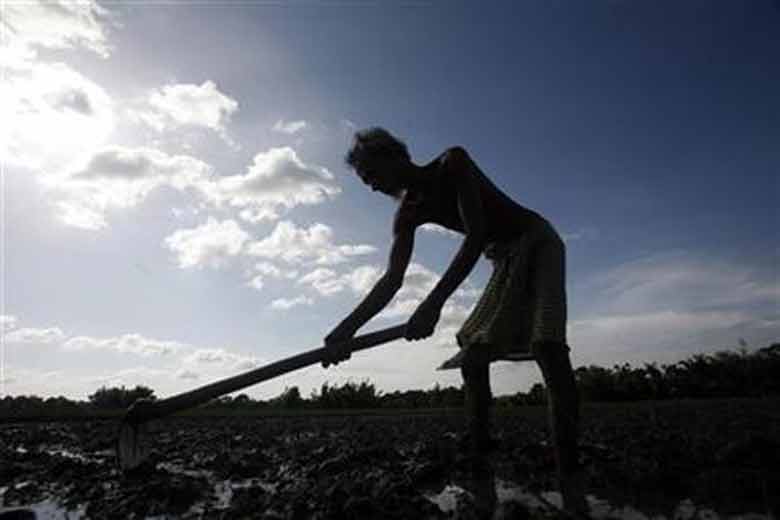 Budget 2018: Farm distress is likely to be one of the major focal points of the Union Budget 2018-19, as the growth in agri-GDP as well as farmers’ (real) incomes has fallen to around 2% per annum during the first four years of the Modi government. This is much below targets and expectations of doubling farmers’ incomes by 2022. With Assembly elections in 10 states due by May 2019, states are also making diverse attempts to woo farmers. While some have announced loan waivers, others are trying to fix farmers’ woes emanating from tumbling farm prices. Here we focus on two pilots to see if they can be scaled up at an all-India level. First is Bhavantar Bhugtan Yojana (BBY), essentially a price deficiency payment (PDP) scheme, undertaken by the government of Madhya Pradesh (GoMP). The BBY is meant for eight notified kharif crops (soybean, maize, urad, tur, moong, groundnut, til and ramtil). Haryana has announced an almost similar scheme for four vegetables—potatoes, onions, tomatoes and cauliflower. Second pilot scheme is what Telangana has announced, ie, giving Rs 4,000 per acre per season to all farmers as investment support for their working capital needs.

Budget 2018: Income tax relief for middle class; why it is a tightrope walk for Arun Jaitley

Budget 2018: Under the BBY of GoMP, farmers have to first register on a portal. Their sown area is to be verified by govt officials. They are then asked to bring their produce to mandis during the specified period as determined by the state government. Based on average productivity of a crop in the district and area cultivated by the farmer, the quantity of each produce that is eligible for deficiency payment is also determined by the GoMP. Farmers would receive the difference between average sale price (ASP) and MSP directly into their bank accounts. The scheme seems interesting, as it provides an alternative to physical procurement of commodities at MSP. The ASP is calculated as simple average of the weighted modal prices of the relevant crops in agricultural produce market committee of the GoMP and two adjoining states. Price information is drawn from AGMARKNET portal.

Budget 2018: For kharif 2017-18, so far, the data for five crops (soybean, maize, groundnut, urad and moong) for price deficiency payment has been finalised. The market prices of til and ramtil are higher than the MSP and, therefore, they do not quality for PDP. Tur season will start from February, 2018. The accompanying graph shows the key results of the BBY for October-December, 2017, period. It is interesting to note that only 32% of urad production in MP got the benefit of the BBY, despite the fact that the ASP of urad was 42% below its MSP. In other words, 68% of urad production was sold at prices way below MSP without any compensation under the BBY. In case of soybean, which is MP’s prime kharif crop, the percentage of production benefiting from this scheme is even lower, only 18.5%, despite its ASP being 12% below the MSP. And for maize, groundnut and moong, the coverage is even poorer (see graph). This speaks of poor inclusiveness of the BBY.

Budget 2018: The GoMP claims that they are paying about Rs 1,900 crore as compensation to farmers for these five crops. It is only for those registered on GoMP’s portal. But a larger proportion of farmers, and their produce, is not registered on the portal and they are selling their produce at a huge loss without any compensation. In fact, those not registered under the BBY have to suffer bigger losses as the scheme is prone to manipulation by traders who may be suppressing market prices further. We have calculated their loss by multiplying the production not covered under the BBY with the price difference between MSP and ASP. The actual prices in MP are actually even lower than ASP, which is average of modal prices of three states. The total loss for these five crops comes to Rs 6,534 crore. Thus, if the scheme was fully successful and covered entire production, the outgo from the GoMP would not have been Rs 1,900 crore but Rs 8,434 crore. This would be more than 90% of the total budget for agriculture of the state. In sum, the BBY is not inclusive, covers less than 25% of farmers’ loss, and involves too much micro-management by government officials, that is prone to manipulation.

Budget 2018: The scheme by Haryana for four vegetables is even worse as the presumed MSP (Rs 400/quintal for potatoes and tomatoes, and Rs 500/quintal for onions and cauliflower) does not even cover the full cost of production as estimated by the ministry of agriculture and national horticulture board for these crops. In contrast, the government of Telangana (GoT) has announced a new scheme of investment support in the second week of January, 2018. The objective of the scheme is to relieve farmers from taking loans from money lenders by giving them Rs 4,000 per acre for each season of kharif and rabi. It is envisaged that the farmer will use this money for purchase of various inputs, ranging from seeds to fertilisers, to machinery and hired labour, etc. Land area eligible for investment support is 14.21 million acre, with a total annual bill of about Rs 5,685 crore.

Budget 2018: Under the Telangana model, there is no need for each farmer to register the area and crop cultivated by him. The farmer is free to grow a crop of his choice and he is free to sell it any time in any mandi of his choice. This model is crop-neutral, more equitable, more transparent, and empowers farmers with freedom to choose. Incidentally, this is what China has also followed at the national level, which gives “aggregate input subsidy support” on per acre basis. We feel this is worth emulating, as it does not distort markets. Will the Union Budget make such a bold move to redress farmers’ woes? Stay tuned to the Budget day!