Budget 2017: Why vicious cycle of over-estimation of tax collections, subsequent steps to achieve this must be broken

Window dressing by holding back refunds, appeal effects, etc, in the last quarter of the fiscal to achieve budgeted figures and postponing them to the first quarter of next fiscal are symptoms of the malady of unrealistic tax collection targets 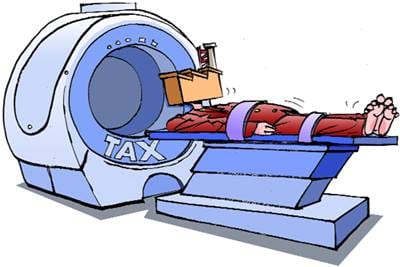 The stated goal in the Central Board of Direct Taxes Vision 2020 document is “to partner in the nation-building process through progressive tax policy, efficient and effective administration and improved voluntary compliance.”

An organisation’s behaviour is directly correlated to its goals and governance structure, and if these are not in sync with the stated intent, it leads to sub-optimal and at times negative outcomes for itself and its stakeholders. The stated goal in the Central Board of Direct Taxes Vision 2020 document is “to partner in the nation-building process through progressive tax policy, efficient and effective administration and improved voluntary compliance.” If we isolate the ‘efficient and effective administration’ part of the goal, technology-driven taxpayer services for individuals has been a resounding success after overcoming the legacy issues for grant of credit for taxes deducted at source. The single most important interface with tax authorities is return filing and tax refunds, which has been successfully addressed primarily through centralised computerised filing and processing of returns following standard operating procedures.

Why do corporate taxpayers not experience the same ease, particularly if filings and tax credits are also driven by the same technology initiatives?

The answer lies in the Revenue Budget documents, specifically the Budget estimates for tax collections, which in the context are actual cash collections. Historically, roughly 35% of direct tax collections were from personal income tax and a large part of it comes via taxes deducted at source by employers (from employee salaries). There is little scope for high tax refunds emanating from this taxpayer base. The tax administration is, therefore, proactive in applying technology solutions right up to crediting the tax refund to the taxpayer’s bank account. Over the last six Budget cycles, there has not been material difference in Budget estimates of growth in personal tax collections, though in the two years there has been an impressive increase in collections.

The Budget estimates for direct taxes are subsequently apportioned to the different field administrations of the I-T Department. Corporate tax collections account for roughly 60-65% of direct taxes and the accountability and pressures of achieving unrealistic Budget targets falls on field officers. Consequently, it is corporate taxpayers themselves who face the brunt of meeting unrealistic Budget targets. Corporate tax collections are primarily garnered via advance tax payments. Given the scope for ‘persuasion’ to overestimate advance taxes (in order to meet the collection targets) and legacy tax disputes, which mostly get decided in their favour by appellate authorities years down the line, substantial refunds become due. The universe of large corporate taxpayers is small with less than 200 accounting for almost half of corporate tax collections and less than a thousand accounting for 70%. The geographic scatter also suggests over 70% being collected by Mumbai and NCR. There are over-pitched assessments leading to disputed demands and procedural delays in giving effect to appeal orders (in the taxpayers’ favour), issuance of refunds, particularly in the last quarter of the financial year when revenue targets have to be achieved. It would be fair to say that administrative instructions to counter the situation such as depositing 15% of disputed demands, higher interest rates (to be paid by revenue) for delay in giving effect to appeals, seeking taxpayers consent before adjusting refunds against disputed demands, etc, have been issued to counter such tendencies.

The root cause, however, remains unaddressed, which is the unrealistic tax collection targets. The other negative impact this has had on the tax administration is that irrespective of its stated goals, it too judges itself on this sole criteria of tax collections, which is more a function of economic growth parameters corporate performance and tax rates than any immediate tax administration measures.

Consequently, officers’ appraisals and postings revolve around achieving of targets while other qualitative parameters such as promptness in giving appeal effects, improving the quality and effectiveness of scrutiny assessments and representation are not evaluated. Window dressing by holding back refunds, appeal effects, etc, in the last quarter of the fiscal to achieve budgeted figures and postponing them to the first quarter of next fiscal are symptoms of the malady of unrealistic tax collection targets. The long-term solution lies in higher tax collections from personal taxes for which a trend has been set with the government’s actions in dealing with black economy. The imminent GST and activation of non-cash transactions through the demonetisation exercise are significant triggers for bringing in greater portions of the informal sector into the organised, tax-paid ecosystem. However, the vicious cycle of overestimation of tax collections and subsequent administrative measures to achieve these with single-minded focus by sacrificing other qualitative aspects of tax compliance needs to be immediately broken to address ease of doing business.