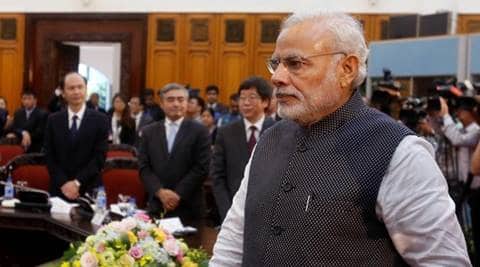 The majority of this expenditure is on media, publicity and travel, as reflected in the books of political parties. (Reuters)

Has the time come to amend laws governing finances of political parties? Yes, if Prime Minister Narendra Modi’s New Year address urging political parties to drop their ‘holier than thou approach’ and take steps to free politics of black money is followed, or perhaps he has set the stage for reforms in a territory where the political class has conventionally shied away from. The demonetisation journey would be incomplete without traversing this difficult path.

Although there are several prescriptions (legislative, judicial, administrative and attitudinal) to reform, rather than speculating and sounding prescriptive, let us look at some low-hanging fruits and achievable targets which the government can consider. Our focus is to debate two critical legislations—one being the immediate Finance Bill (the Budget exercise) and the more tricky being a Bill that would require most, if not all, political parties to support. Our focus is on the twin governing statutes of:

* The Representation of the People (RP) Act, a statute governing conduct of state and Centre elections, registration of political parties with the Election Commission (EC), limits on election spending by candidates and political parties, and the role of the EC in governing the law.

* The Income-tax Act (I-T) which confers tax exemption on voluntary contributions to all political parties registered with the EC*.

First, consider the December 2016 amendments post-demonetisation, to the I-T law, enabling tax administration to tax ‘unexplained income’ at rates (75%) higher than the ordinary rates of tax, coupled with the launch of a disclosure scheme called the Pradhan Mantri Garib Kalyan Yojana (PMGKY), giving an opportunity to offer undisclosed income. A stated objective in the amendment is to tighten the provisions to prevent concealment of unaccounted money. The amendments did not propose any corresponding measure to prevent political parties from receiving and spending cash from undisclosed sources. Given that under the RP and I-T laws, the antecedents and whereabouts of contributors below R20,000 (this was R10,000 until 2003) are not required to be reported, this leaves a wide avenue open for cash generation and circulation.

Analysis of data on national political parties released by the EC reveal that the income of political parties from unknown sources (contributions below R20,000 and sale of coupons) in FY2014-15 (the election year) was as high as 60% of their total income of R18.7 crore.

For the 2014 national elections, the limit on a candidate’s expenditure range from R70 lakh for a large Parliamentary constituency to R54 lakh for the smallest. Economists have held a view that the election spending largesse in 2014 helped boost Indian consumption expenditure in and around campaigning, besides predicted boon to the media and advertising industry to the tune of $800 million. Media reports on cash seizures by EC observers during poll campaigning, which is the tip of the iceberg, are witness to the menace of unaccounted cash play in India’s elections.

The EC figures compared to estimates of $5 billion ($1.6 billion in 2009) on campaigns for 2014 elections, as held out by the Centre for Media Studies and other transparency advocates, explain the extent of the gap. Spending limits imposed under the law, coupled with legal sanctions for unverified donations up to R20,000, are largely responsible for generation of cash.

Reforms of election funding is a mammoth task, but to an extent possible if suitable provisions of the I-T law are strengthened to disincentivize political parties should they fail to follow the transparency dictate on sources of donations reported to the EC and I-T authorities. The I-T Act should substantially raise the cost of funding and levy penalties if sources cannot be explained, just as the government has done through recent amendments under PMGKY.

In our view, given the push for a post-demonetisation cashless/digital economy, the government is duty-bound to bring similar provisions to discourage political parties from accessing and spending unaccounted income. A precedence to this effect exists in the statute as charitable institutions are charged 30% tax on all anonymous donations (where the identity of the donor is unknown) received in excess of 5% of their total voluntary donations or of R1 lakh, whichever is lower, to deter circulation of unaccounted money through these tax-exempted entities. A similar provision can be immediately introduced for taxing anonymous donations, such that if the source of any donation is not available, the cost of funding goes up by taxing such donations, as in the case of charitable institutions.

Similarly, a way can be found to disincentivise all expenses of political parties in excess of R20,000 which are not made by way of an account-payee cheque, just as such expenditures are not allowed as deductions for computing taxable income of business.

As an administrative measure, the EC and the ministry of finance should jointly review the list of registered political parties with a view to prune them and/or alternatively remove tax exemption for non-compliances, given that the past isolated efforts by the EC to de-register have hit a naught. The guidance of the Institute of Chartered Accountants of India on maintenance of accounts of political parties and consistency in their accounting practices should preferably be supplemented by third-party audits to build greater accountability. A consistent method of accounting should be mandated for all political parties with centralised tax administration. Although the I-T law mandates filing of I-T returns by political parties, updated information on income/expenditure, sources of contributions, etc, should be put in public domain—this will help build confidence and transparency.

All of the above measures, if implemented, would be inevitably disruptive, but will usher massive support from the citizens at large, proving a point that no one is immune, and bring about a new normal.

*The EC recently disclosed that there are over 1,900 political parties and only about 400 have contested elections.

Mukesh Butani is partner with BMR Legal. Ashutosh Dikshit is Of Counsel with BMR Associates LLP. Views are personal