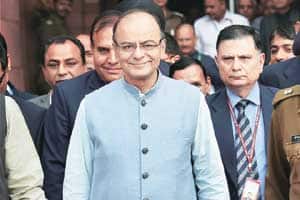 Union Budget 2016-17 listed infrastructure as a priority area. However, it rightly abstained from introducing big-bang infrastructure policy announcements or a list of new infrastructure projects, mostly limiting its scope to tax proposals and expenditure allocations. This must not be viewed as a shortcoming, as the budget continues with the ongoing policies and supplements work already under way in various line ministries.

Several more measures are needed though to restart the private investment cycle and draw further private investment and participation in roads, railways, airports, waterways, housing, etc., as the government’s inability to continue with large-scale infrastructure financing is palpable.

The Roads & Highways sector got the lion’s share with a 24% increment in budgetary allocation. However, an additional Rs 30,000 crore in private investments is still needed over and above the allocation of R55,000 crore and the proposed R15,000 crore to be raised by NHAI through bonds, to meet the target of building 10,000 km of roads in the year. The ground for this has been laid well, with about R80,000 crore worth of projects under implementation, including Rs 25,000 crore worth of PPP projects awarded in 2015-16.

The Rs 800 crore for Ports and Inland Waterways is less than the investment potential. Ports can raise private capital, but the progress on corporatisation of major ports remains slow. The Inland Waterway sector will initially need significant public investment.

The Airport sector needs both capital and expertise to deliver to its potential, since long term capital is scarce in the private sector. In this context, the proposal to finance regional airports jointly with state governments is a good one. This model can be made more effective by bringing private sector capabilities into operations.

Affordable Housing continues to be at the centre stage despite the increased emphasis on rural infrastructure. Several more concessions have been announced. These will need to be supplemented with ground level reforms on land and legal issues. The exemption of Dividend Distribution Tax for REITs is a strong step towards channelling more funds into real estate projects.

Industrial park developers may get a strong push from the lower income tax rate for new manufacturing companies and changes in customs duty. As the capital investment cycle restarts, demand for land in industrial parks will rise again, with several such parks emerging as competitive locations for manufacturing. While the SEZ concessions are being phased out, a harmonised set of policies across different types of industrial areas is still needed.

Banks need to be recapitalised to be able to start lending for new PPP projects. The budgeted R25,000 crore is inadequate, and the shortage will potentially delay growth in private investment in the longer term. However, the tight funding keeps lenders focussed on carefully resolving stressed assets, instead of promoting moral hazard. It will hopefully be clarified later how the National Infrastructure Investment Fund is going to complement the infrastructure financing system.

It is a challenge for the line ministries and state governments to back high-risk new projects in the absence of large-scale private investment. In addition to low-risk models such as Hybrid Annuity, there may be more innovative ones involving sale/securitisation of existing assets and cash-flows.

This was also recommended by the Kelkar Committee. In order to address private investors’ concerns, the government may implement the committee’s other recommendations as well, such as constitution of an infrastructure PPP review committee, amendment of the Prevention of Corruption Act, and setting up of a National Facilitation Committee.

For infrastructure owners and operators, addressing stressed assets takes priority over pursuing new projects. The Guidelines for Renegotiation of PPPs and the Resolution of Disputes Bill, as proposed in the budget and suggested by the Kelkar Committee earlier, need to be speedily introduced and implemented.

The author is Partner and Leader Infrastructure, PwC India