How Budget move on taxing Employees’ Provident Fund will pinch you

Budget 2016: The govt has specifically said that the contributions made in employees’ provident fund until March 31, 2016 will attract no tax at the time of withdrawal. It will be only applicable on contributions made on or after April 1, 2016. 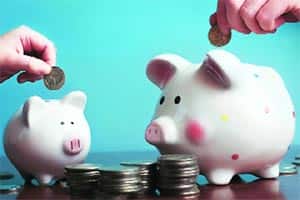 EPF has so far been EEE, or Exempt-Exempt-Exempt. What does this mean?
EEE means that the investment in the EPF is tax-free at all the three stages of investing, interest accumulation, and withdrawal. The EEE status is also available to Public Provident Fund, equity linked savings schemes and life insurance policies.

How has this year’s Budget changed this situation? What has the Finance Minister now proposed?
As part of its Budget 2016-17 announcements, the government has proposed to impose a tax on 60% of the corpus at the time of withdrawal. While concerns and apprehensions have been raised from various quarters including employees’ representatives on the Central Board of Trustees, the government, in its clarification issued on Tuesday, said that “The Government has announced that Forty Percent (40%) of the total corpus withdrawn at the time of retirement will be tax exempt both under recognised Provident Fund and NPS… It is expected that the employees of private companies will place the remaining 60 per cent of the Corpus in Annuity, out of which they can get regular pension. When this 60 per cent of the remaining Corpus is invested in Annuity, no tax is chargeable. So what it means is that the entire corpus will be tax free, if invested in annuity.”

What is the government’s rationale for doing this?
Announcing the imposition of tax on 60% of the withdrawal amount from EPF, the government in its Budget document argued that it was being done to bring greater parity in the tax treatment of different types of pension plans. However, in its clarification issued on Tuesday, the government said, “The purpose of this reform of making the change in tax regime is to encourage more number of private sector employees to go for pension security after retirement instead of withdrawing the entire money from the Provident Fund Account.”

How does the Budget announcement change the financial planning outlook of investors the bulk of whose savings are in EPF?
The government has specifically said that the contributions made until March 31, 2016 will attract no tax at the time of withdrawal. It will be only applicable on contributions made on or after April 1, 2016. Since 60% of the future contributions and interest earnings on them will be taxed at the time of withdrawal, it will impact investors who plan to pull the entire corpus at the time of retirement. However, it will not impact those who plan to buy an annuity product out of the 60 per cent of the corpus (from an insurance company), for getting regular pension after retirement.

Arguments in Favour of the Tax
The government says it will bring parity among provident fund, pension funds and the National Pension System (NPS). Experts say that this will allow investors to choose a product based on the returns they generate and the risk exposure they carry, and not on the basis of the tax benefit they offer.

Some experts say that the government’s move will make the NPS more popular among investors, as it allows investments to be routed to equity markets that have the potential to generate higher returns. Since the money can be routed to equity markets, it will free up the capital, and can be used in the growth of the economy. Another argument put forward by the government is that the move will force employees to place the 60 per cent of the corpus in annuity for getting a regular pension.

In case the employee puts 60 per cent of the corpus in annuity, the entire corpus becomes tax free.

Arguments against the tax
The first argument is that while the government is continuing with the EEE tax benefit for equity linked savings schemes by mutual funds and unit linked insurance plans where middle and large income investors invest, it is proposing to remove EEE benefit from EPF, where the majority of contributors are assumed to be in the low income bracket. EPFO is the only retirement saving for workers in the low income group, and an imposition of tax at the time of withdrawal will rob them of a sizeable portion of their long-term savings.

Some argue that since the contribution to EPF goes from tax-paid income, if the government imposes tax at the time of withdrawal, it will be like taxing them twice on the same income. A majority of low income workers withdraw their EPF money in full at the time of retirement to buy a house or for other important purposes — and restricting them by imposing tax on 60 per cent of the corpus will erect hurdles in their achieving their goal.