ADB president Takehiko Nakao has pitched for roll out of the Goods and Services Tax saying that its introduction will integrate India as “truly one single economy” and help attract more foreign investments. 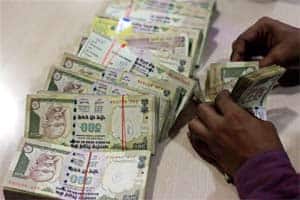 ADB president Takehiko Nakao has pitched for roll out of the Goods and Services Tax saying that its introduction will integrate India as “truly one single economy” and help attract more foreign investments.

Lauding the Budget 2016-17 proposals on the farm sector, he also stressed upon the need for more reforms and pushing infrastructure development.

ADB chief in an interview to PTI further said that the growth in India will continue to exceed 7 per cent in the coming years while other global and Asian economies will undergo some kind of adjustment.

“We are now expecting that economy will continue to exceed 7 per cent in fiscal year 2016-17 and 2017-18 and we are now looking at the number again. The global economy and the Asian economy as a whole are in some form of adjustment,” he said.

Commending various reform measures taken by the government, Nakao said the pending issue of GST can be done, and it will boost growth.

“For India to grow faster, FDI is important… For that purpose, Indian economy should be integrated as truly one single economy and…rationalisation of tax, the GST, as the government is seeking, is very important reform. I hope it can be successful,” he said.

Finance Minister Arun Jaitley yesterday expressed the hope that the landmark Constitution Amendment Bill for implementing GST as well as the bankruptcy and insolvency bill will be passed in the second half of the Budget Session beginning April 20.

The government has taken many measures including increasing investment in infrastructure and higher ceiling for foreign direct investment as well as making efforts to improve the ease of doing business, he said.

Besides, he added that “the Budget proposal includes more investment in irrigation, agriculture sector. The identification number Bill is already passed and of course the Land Acquisition Law and also GST are waiting to get through Parliament.”

Land Acquisition is another area which requires reform, he said, adding that state governments can frame their own land acquisitions laws.

“Government needs to have more tax revenue to GDP ratio to do all these things. Tax to GDP ratio including state taxes can be larger. Of course, it’s a difficult issue but I think government can play better role in those areas of infrastructure investment,” he said.