EPF tax rollback: Throwing the baby out with the bathwater 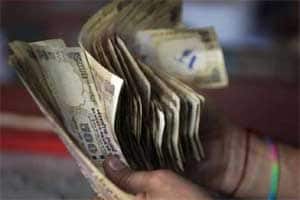 Retirement fund body EPFO has settled 118 lakh claims including PF withdrawals last fiscal ended March 31, of which 96 per cent were settled within the mandated period of 20 days. (Photo: AP)

Finance minister Arun Jaitley has announced that the government will be rolling back its tax proposals regarding the Employees’ Provident Fund (EPF) which were presented in the Budget. While a rethink of the proposal was called for, it appears the baby has been thrown out with the bathwater.

The first was taxation of 60% of the corpus on withdrawal from the fund if it was not invested in annuities. This was essentially not a pure ‘tax’ proposal, since a withdrawal of future accumulations in the fund would or would not suffer taxation based on the conduct of the person withdrawing the amount, the actual amount withdrawn and that person’s total income in the year of withdrawal. Now, this was a problematic proposal for a variety of reasons. Using tax as a signalling measure to push people into a specific saving instrument (annuity plan) needed public discussion to get inputs about the efficiency and expense ratios of currently available annuity plans. The corpus, which would include contributions and accumulated interest, could include already taxed income, viz. employee contributions in excess of savings deduction limits (under section 80C) of the Income-tax Act.

The purpose of a provident fund is different from that of a pension fund. India does not have a universal social security regime. There is no empirical data on whether lump sum withdrawals from the EPF are being used for consumption expenditure. A number of loopholes which allowed early withdrawal from EPF have recently been plugged by the EPF authorities to smoothen out withdrawals and a withholding tax to track withdrawals is already in place. The rollback of this proposal, therefore, makes sense so that a comprehensive study can be made including about whether non-tax measures could achieve similar results.

By capping the monetary value of this untaxed perk (at a threshold of R1.5 lakh), the government was equalising this benefit for employees whose salary income is in excess of R12.5 lakh. There would, therefore, not have been any impact on the vast majority of salaried taxpayers, and for those who are in higher salary ranges, the impact would have been graded as they too would have the benefit of the threshold. However, this proposal has also been withdrawn.

The government has taken a number of tax measures to broaden the personal income-tax base in line with the analysis in the Economic Survey. The exemption limit has been kept at the same level while increasing the tax rebate for taxpayers with income levels of up to R5 lakh, the surcharge on incomes above R1 crore has been hiked, and dividends in excess of R10 lakh are also to be taxed in the hands of recipients. The monetary limit on untaxed employer contributions would have further broadened the personal income-tax base in an equitable manner.

This step need not have been linked with the attempt to equalise the tax treatment of the EPF with that of the New Pension Scheme (NPS). This was actually a tax subsidy which needed to be closed on a standalone basis. If there was a strategic need to impact a smaller number of employees, the monetary limit of R1.5 lakh could have been set higher in the government announcement, instead of a complete withdrawal. A comprehensive discussion paper backed by statistical data is needed to revisit the issue.

The author is Of Counsel, BMR & Associates LLP, and formerly joint secretary, ministry of finance