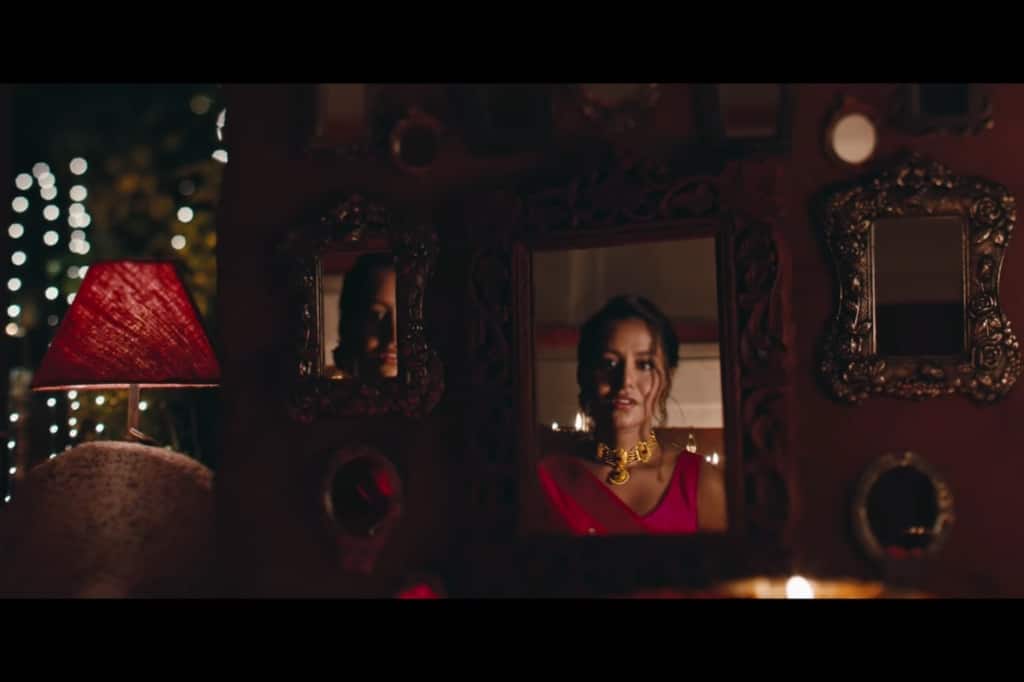 The poetic narration captures and stokes the locked up (or is it down) festive fervour, urging us to celebrate with Utsah this Diwali. There are enough windows for showcasing jewellery and gifting. The soundtrack more than does justice to this unhurried yet upbeat celebration. The lady picking up the dinner bill added some sparkle to the skies.

After the ‘Kya aapke toothpaste main salt hai?’ dig comes this spoof of a hugely successful Cadbury (Ramesh-Suresh) commercial. Swiggy Instamart manages to do this without any negative rub off. It is in fact doffing its hat to the original work while riding piggyback on their recall. Wonder which commercial is next up on the spoof-board to underline that you’ll get your groceries in 15 to 30 minutes.

We’ve seen some interesting attempts in the recent past to tell people that anyone can invest in stocks – with the app/solution being pitched. This is a strong and straightforward pitch which still seems interesting because of the execution. The work speaks to those who may feel that stocks are not for everyone and rips apart that assumption, using associated notions to underline its point.

This is a statement that could only be pulled off by a category-leading brand. The film evocatively captures the determined return of a nation to work, to school, all over again. The picturisation of people’s feet moving forward in different scenarios synchronises well with them moving on wheels. Pitching people and Activa as the two wheels moving the nation forward was a smart way to finish. It becomes acceptable because of the success of the product and what we saw in the film until that point.

Swiggy is back in a new avatar and still hitting it out of the park with its Machday Mania spots. It must have been a hard decision to switch from the comfortably successful Swiggy uncle space. But if the pug had gone on forever, Zoozoos wouldn’t have happened and the brand might have become boring and predictable. Swiggy uncle can still work his charm now and then. And those who feel the death row spot was an overkill, IMHO, should get a life.

Production befitting a luxury brand meets filmmaking finesse to highlight the Benaras-inspired collection in this spot. The effort has paid off as one starts looking at the pieces of jewellery and the heritage that inspired each of them alongside. The music and visuals transport the viewer to the locales. If you have to create a product showcase, this is as good a way as any to do it.

With sub-titles, this seemed like a warm ode to the passion for the festival amongst Bengalis. To be sure, I reached out to two Bengali ladies to understand what they felt. I learnt that there is a lot of attention paid to finishing the decorations on each idol. This film seemed to do justice to that aspect of Durga Pujo. I felt that the brand aligned itself beautifully to adorn ‘Maa’s Karigar’.

The two films here seem to address an issue interestingly and quite effectively. The perception that second-hand cars mean trouble comes alive through the jealous duos. The over-the-top humour keeps it interesting before Cars24 is pitched as the solution for quality second hand cars.

Funny, silly and the spots seem to get the singular message across in under 20 seconds. What more could one ask for?
.

This was another instance when one is so far removed from a category that one has to ask for help in order to do justice to a spot. The energy is ‘just right’ was one piece of feedback while the overall appeal of the film and its music seem not limited to youth. The gig allows for enough products to be on show too.

‘Do what #FloatsYourBoat is a killer campaign line and the brand seems to have put some life in it with these high-energy spots featuring young celebs. Again, this needed some form of ratification from those a little younger than the reviewer. Four out of five said it does float their boat.