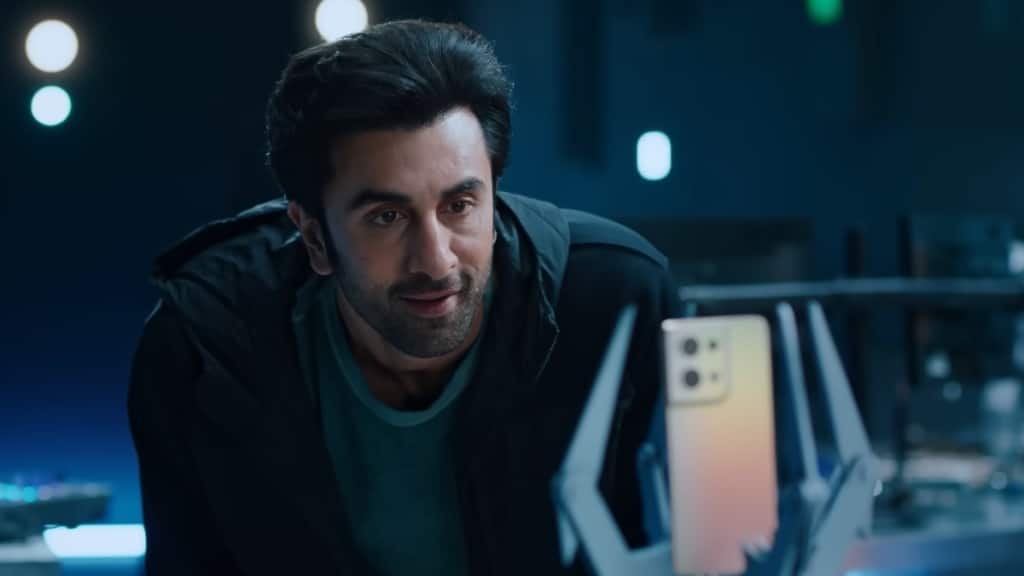 This brilliant time travel drama featuring brand ambassador Ranbir Singh helps the brand engage his fans and others. It will not win awards perhaps but does its job impactfully. The story may not be believable but it is gripping enough. The flow allows the phone maker to drop the product right into the centre of the plot. And also highlight its product benefits.

Also Read
Max Life Insurance ropes in Rohit Sharma and Ritika Sajdeh as brand ambassadors
WinZO brings Youtuber CarryMinati on board as its brand ambassador
Star India, Disney and Asianet file a petition in Kerala High Court challenging the investigation launched by CCI
This festive season, Flipkart engages with over 45 influencers for the #FlipkartShoppingMela campaign

Freedom from rented homes – and their attendant problems. This hilarious campaign spotlights pain points of rented homes with exaggerated humour, to urge people to buy one of their own. My favourite was the birthday spot. Choose yours.

So the phone is coming in early August and the promos lead up to the launch. The spot on gaming is spot on, say some young avid gamers. It does seem to reflect the intensity vividly. The pack of chips about to float in a cab setting is a nice touch. The young woman switching off from ‘we’ mode to enter ‘me’ mode is a situation anyone should be able to relate to – especially the youngsters in the family.

Playful kids and a little power game amongst them make for a few smiles. The conscious choice of casting the young girl as the soccer team captain deserves applause.

‘Dildaar’ had legs and now it finds its family flavour. It does so, while retaining its youthful voice. And a playful Amitabh Bachchan. Versatile use of celebrity to drive home different messaging works here.

Child education plans have used emotional triggers in the past too. This one stands out thanks to the theme of the child’s future being a shared dream and its visualisation on screen.

IDP | SuperHero | We Will Show You The Way

Education and the future and dad as superhero are at work again, but it’s not for an insurance plan. International education is increasingly finding takers and this is a good time for a service provider in the space to bridge the knowledge and process gaps that first-timers will endure.

It’s nice to see brands in real estate embrace storytelling on film focused on brand building. Here is a story we have heard in different ways before, of a daughter rising in stature to fulfil her father’s wish – of buying a home. His investment in her education instead of the home allows for a progressive story that also unlocks emotions to unfold on screen. Good performances from the actors and a soundtrack to match the mood take the film home.

Nice word play on the Hindi idiom using the right model, allows the motorcycle to spell its message out interestingly. Product features ride piggyback and the ambassador delivers them in a manner that you won’t mind too much.

Seeing Joshi with cars, this seems like a continuation of the Olx work. The recall will certainly help GoMechanic. ‘Shant Kyunki Smart’ gets set up nicely with the accident. Wonderful use of the actor’s skills here.

‘Taste bhi health bhi’ has been articulated in a thousand ways before and here’s one more. It’s healthier – delivered. It’s tasty too, surprisingly so – delivered.

Open the doors of the mind to be more inclusive, says Tata Pravesh, with the case of a transgender employee in a board room. Engagingly written and well made for most part, it delivers an important message. How many offices can boast of employing people from the community?

Raksha Bandhan is here and we are sure to see more work around it. The idea of celebrating the festival by treating anyone who cares as a brother has been witnessed before. Here’s another sweet iteration of the same.

Licious Ready-to-cook Biryani | For The Love Of Meat

‘No-stress Biryani’ is the pitch to those who are not really experts at the cooking game – which must be a huge market today. Simple executions keep it to the point. The second spot promises biryani that is loaded with meat and not just bones. The latter is a common grouse with meat lovers that’s been addressed.

The Times Of India | #TheTimesOfABetterIndia

This is not the first time a media brand has focused on positivity in recent years, but the context is different and the initiative has focus. ‘Right now is the time for a better India; and it’s time to find your place in it’ is the message. From  entrepreneurs to scientists to sportspersons and more, we see a bevy of people who represent this rising India. The brand is urging India to join the conversation at a dedicated website and through social handles. Inspiring stories that go beyond individual success to credit the institutions and systems that enabled them have been promised. A great effort that will need to be sustained to be able to usher in change, to usher in an even better India.

I have been accused in the past of favouritism when it comes to brand ambassadors, and hence their ads. Let me share what a former editor used to say. A natural bias is inevitable. It comes from within. Which is why I try not to see which agency is behind a piece of work while reviewing it, or at least not let that cloud my viewing of the work.

This is another face wash ad that promises to get rid of pimples, but is a tad different. A young woman tells me that not often has she seen an ad that attributes reasons for pimples – like a ‘working late’ pimple or a ‘binge watching’ pimple. The stage is set for delivering the message that for problems of the new age, one can’t employ old solutions. Enter Plum with the promise of ‘Pimple Care – Updated’. Not often do brands create a pitch beyond the product in this category. This one does a little better.