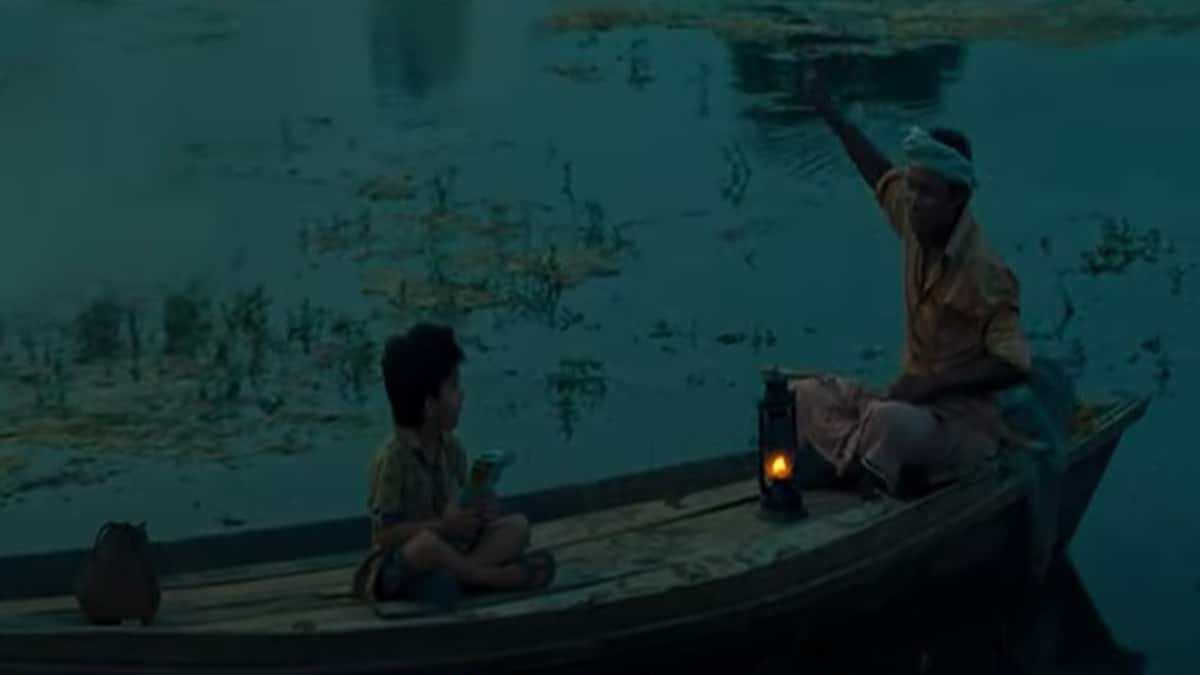 Here’s what a simple yet solid idea backed by uncompromised execution can do. More than the idea, the fundamentals of this campaign — which was premiered for the trade media at Goafest in early May 2022 — are solid. Genuine curiosity has always been at the root of good journalism. Kudos to ABP for staying with that truth while reiterating its positioning for the group’s centenary campaign. For giving that positioning the life it has, the creative team deserves more credit than it is given. Despite the repeated infusion of ABP News (as must have been the brand mandate) towards the end, the film ends up celebrating genuine curiosity — akin to a child’s. In doing so, it celebrates the true spirit of journalism.

CRED has shown that it is possible to make a ‘Wall’ like Dravid interesting in a fit of uncharacteristic rage, and portray a colourful character like Ravi Shastri in all his hues with swagger and exaggeration, and keep it equally riveting. Both for the same premise. Only now, there is far more familiarity with the brand and one understands clearly that an agenda beyond creating recall is also being served. Pay bills (on time) via CRED, it’s rewarding. If we may add, keep watching CRED ads, they’re entertaining.

Truth as the premise is critical in health-critical categories. That explains why we saw Kinley take to ‘truth’ in a compelling manner years ago. That also explains why Tata Salt, in a totally different way, is underlining the importance of truth. It makes you want to believe in the brand.

The need for a mother to be firm in disciplining her kids finds a reiteration in this ‘Maa Ki Naa Ki Takat’ film and how it shapes a child’s future. Aptly, it comes from a brand that has stood for ‘Sar Utha Ke Jiyo’ and on the occasion of Mother’s Day. One marvels at how simply the thought has been captured and how powerfully. This is all it takes. A slice of life. And someone to tell that story for a brand.

‘Stay beautiful as you are’ or word it how you will, this thought is as timeless as it is relevant. It finds articulation here as ‘Tu Khul Tu Khil Har Pal’. Stories of a trans actor on opening up, and the young woman influencer who comes to terms with her ‘happily imperfect’ self, are hard not to warm up to.

One equally wants to root for the old man who steps into the fray to play everyday with those much younger. Amazon is onto something larger here than what meets the eye.

The stories of a former Indian footballer and a cafe-cum NGO owner from Kolkata are interesting enough to make one want to hear about their cars — a Venue and an Alcazar respectively. And how the cars help enhance quality time of the featured individuals with their loved ones. The pitch on the car is minimal, allowing for the stories to be told grippingly. Told without dramatisation, the stories also come across as authentic. It was perhaps the best way to draw from true stories, in the owners’ POV.

The earliest in the series one could dig out was from January 2022, but one senses that it is iterations on owner-led content that have evolved into ‘Quality time with Hyundai’.

The one on the woman entrepreneur with a passion for dance from Guwahati moving up to a sedan (Verna) is the most recent of the stories, uploaded on 28 May 2022.

If the stories stay true to being stories of the owners, and the more gripping each of those is, this series will have far higher impact. The more the car’s features come in, the more it will lean towards a car enthusiast audience. I don’t think that was the idea. Some of the stories are more than watchable, more than once. Here’s hoping for more.

Another IPL edition, another lesson from partner Unacademy. On ‘Focus’, billed as the first law of learning. It must have been really hard to follow up on the first of these. That the brand manages to keep it interesting is an achievement.

It’s hard not to recall ‘Do nothing, Eat 5-Star’. But one sees the Happilo films and understands that it’s trying to say celebrate when you have to — whether it’s a residential society function or a birthday party. It does so with gusto and a gun in the hands of a character that helps it stand out. Rather unexpected from a brand of dry fruits. When you have to cut through, you do need to break category codes. In this case, the brand is perhaps also looking to eat into occasions like some others have.

We’ve seen another printer brand, HP, take it away on festive occasions before with some smart use of the product to light up someone’s life. We’ve seen other brands play on a fresh innings for a mother in career or pursuing a passion. Epson seems to bring the two together this Mother’s Day to good effect. The young woman taking the initiative for her mother to start teaching dance again is endearing. A perfect tribute, befitting repayment.

I often wonder how some celebrities come across as totally inappropriate while playing characters that are not in their strata, in ads. In other words, a celebrity playing a middle class character worried about low prices of groceries, another espousing mileage of an entry level bike, etc. Maybe it’s just me? No, a random survey of three more individuals suggests that when it’s this star couple on screen, or MS Dhoni for TVS, it may not be believable but it’s more than acceptable. A producer-director also educated me on the ‘castability arc’ of actors. Perhaps why a handful of them net so many ads.

Coming to performance, Deepika and Ranveer are in the top league. That certainly helps the job of the creative team and the filmmakers.

The device of using a popular singer as mom with a lullaby to boot is a great idea. Perhaps there is more that can be done to leverage this aspect to make the work stand out even more. As is, the logic of the lullaby to put the baby to sleep and the diaper to keep him or her sleeping peacefully, is a winner.

‘A Mother’s Appraisal’ is a thought worth recalling as theirs is perhaps the most ‘taken-for-granted’ contribution to society, at least in generations past. It’s time to make amends where one can.

Another Indian men’s cricket series finds another reason to get fans to tune in. This time to #ChaseTheRecord. Keeping things interesting is Aamir Khan. Hate to do this but I wonder what happens to the promo if India loses the opener, which it needs to win to have the record 13th win. Or for that matter what happens if it wins and successfully chases the record. I’m sure the pros have all that figured out. Let’s watch the matches.

The film takes its cue from the theme of the collection and does justice. Exquisite presentation, crisply blending the traditional inspiration with its modern recreation, helps the brand stand out amidst a slew of inspired jewellery offerings.

Song, dance and recall? Does it work? Done right with the right exposure, it often does. This lively rendition has enough zing and Zupee in it. But one does wish there was a little more of the brand than in the song.

Another Mother’s Day work that we seem to have missed. We usually feature the ‘social experiment’ format only when there is a strong message. There is one here. While we give credit and lean on mothers for a lot of things, in certain realms we have kept them out of the conversation. Financial inclusion perhaps took the lead in inclusivity in recent times but that too was more for women than mothers. In any case, automobiles, your time has come.

Confession. Did not recognise the celebrity/influencer. Yet, was the work interesting? In the increasingly crowded gaming / esports space, does it stand out? Seems to be a relatively fresh approach. ‘Bade Jigar Wale Yahin Milte Hain’ and ‘Sports Ka Stock Market’ help the brand stand out. Much like the ‘Stay Invested’ message from some financial instruments.

Scorpio-N | The Big Daddy Of SUVs

It’s made for enthusiasts and hence must be viewed from that lens. The follow-up to the teaser is designed to keep enthusiasts interested until the reveal, with some minor reveals of its own — like the name.