Through the campaign, the company aims to target digital natives to drive awareness for its offerings. 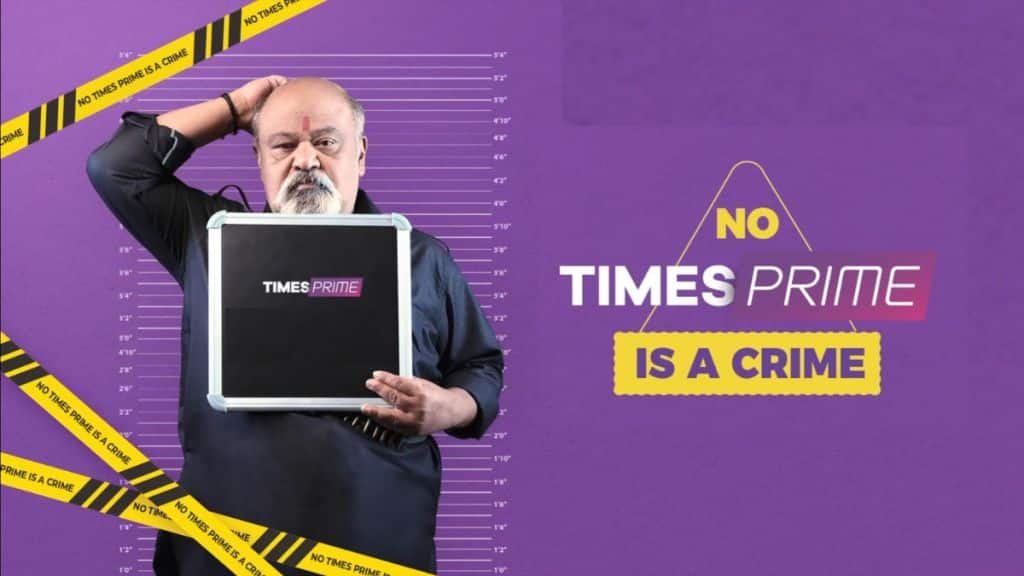 Lifestyle app from Times Internet, Times Prime has launched its ‘No Times Prime is a Crime’ campaign, featuring actors Saurabh Shukla and Mihir Ahuja. Through the campaign, the company aims to target digital natives to drive awareness for its offerings. The ad film was created by Times Prime and BBH India, the company stated.

The idea was to create buzz and curiosity with this dynamic duo on screen – Saurabh Shukla and Mihir Ahuja, Parul Kaul, brand head, Times Prime, said. ” The dramatisation of the idea and emotion humours the audience. There are over two million views in just 48 hours. This campaign ​will drive​ inquisitiveness amongst the users to check if they are on the wanted list for committing the crime,” she added.

The ad film attempts to show a funny conversation between the two actors and highlights the absurdity of not having the app and paying for several different apps. The films have been featured on Times Prime’s social media pages and on other Times Internet platforms. The campaign aims to drive curiosity and awareness for the app through a simple message for an otherwise complex offering.