With this campaign, The Q wants to create awareness, increase reach and strengthen the brand proposition 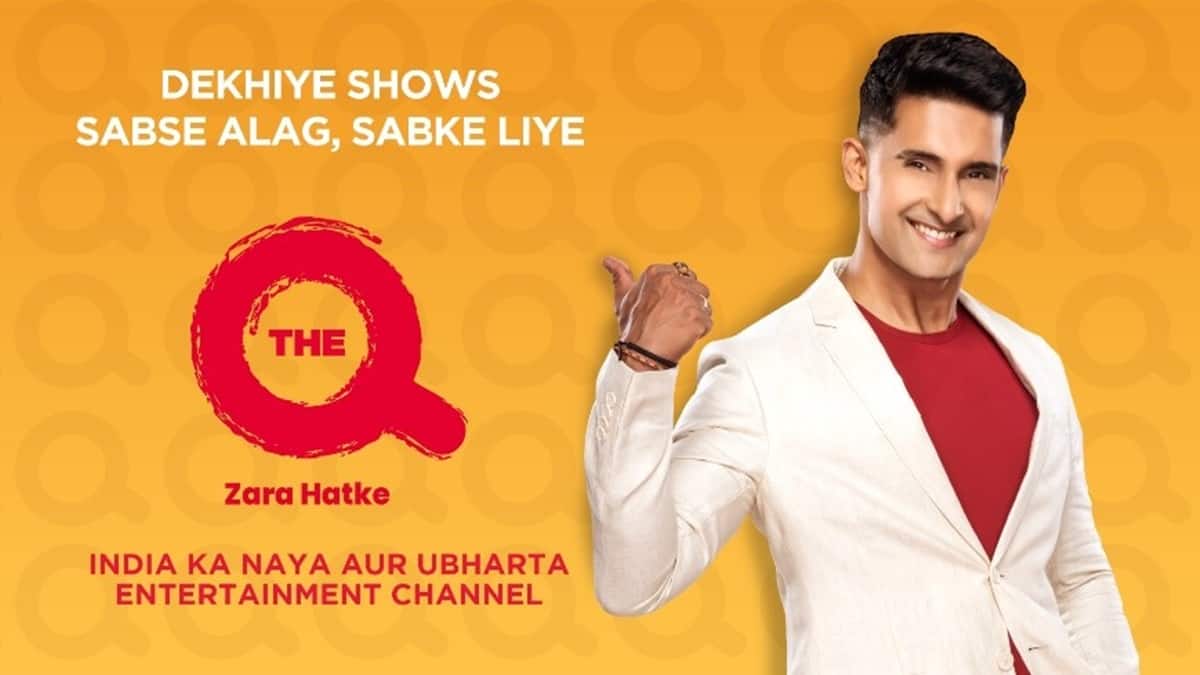 The campaign has been conceptualised and executed by Blitzkrieg

Hindi general entertainment channel (GEC) The Q has launched its first brand campaign. With this campaign, The Q wants to create awareness, increase reach and strengthen the channel’s ‘Zara Hatke’ proposition. The campaign titled ‘Sabse Alag, Sabke Liye’ features actor Ravi Dubey. “Our storytelling style has created a distinct position for us in the industry and this helps us win over not just new viewers but also advertisers. With our latest campaign Sabse Alag, Sabke Liye reinforces our commitment to our viewers to provide differentiated content while we embark on our next phase of growth in a Hatke style,” Simran Hoon, CEO, The Q, said.

The campaign has been conceptualised and executed by Mumbai-based integrated communications agency Blitzkraig. While the brand films are currently on air on The Q, the films will also be promoted beyond the network. It will be further amplified on digital media, social media, print, and radio. Along with targeting consumers, The Q also wants to target stakeholders and advertisers through this campaign.

As part of the campaign, the Hindi GEC channel has launched two brand films to highlight the channel’s proposition for viewers. The brand films are also complemented with a brand song that will be promoted in key markets through Radio and music apps, The Q said in a statement. Moreover, The Q will also run a contest titled ‘The Q Dekho Sona Jeeto’ following the brand campaign launch.

“Sabse Alag, Sabke Liye is well integrated and is sure to strike a chord with viewers. It is an ode to our existing viewers, thanking them for their constant support and a warm welcome to new viewers encouraging them to be a part of our growing family. Ravi Dubey’s popularity is equally commendable in rural and urban markets and by leveraging his popularity, we are certain of attracting a new set of viewers to The Q,” Krishna Menon, COO, The Q, stated.

Read Also: Year Ender 2021: The real power of creativity is in solving problems