The Man Company celebrates Father’s Day with the #GiftYourDadAHug campaign

The campaign is running across all platforms, websites, offline touchpoints and brand outlets 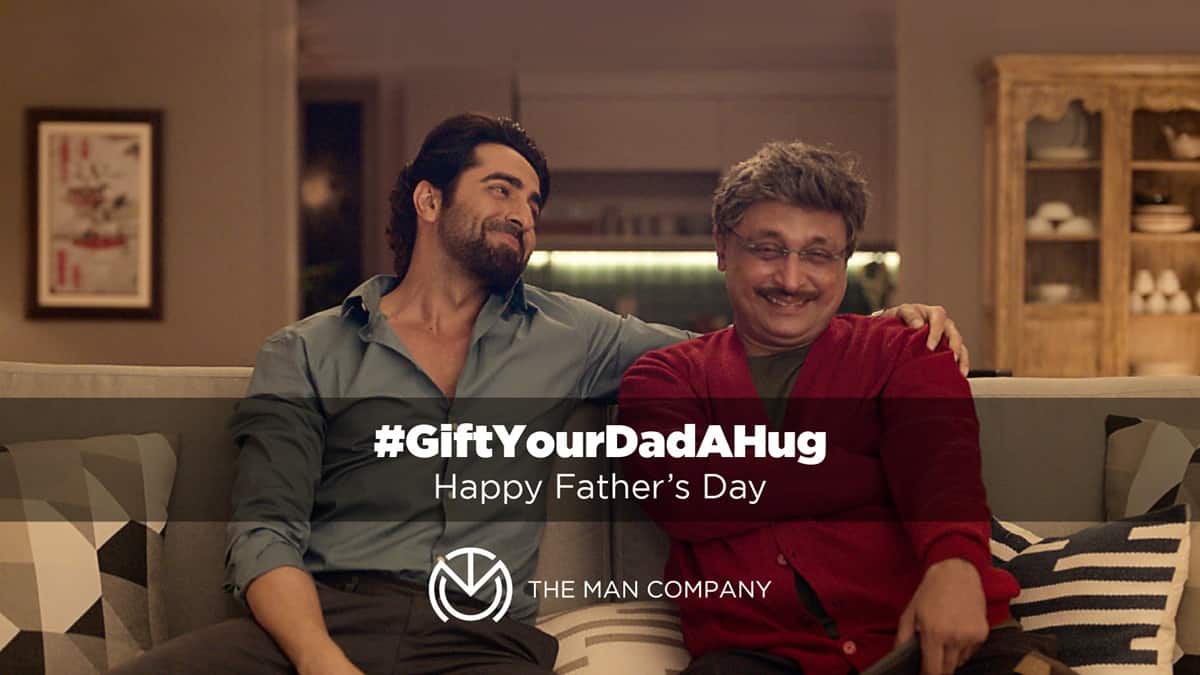 Khurrana plays the role of a professional chef who decides to cook something himself instead of buying a superficial gift for his father.

Ahead of Father’s Day, men’s grooming brand The Man Company has rolled out a new campaign with actor and brand ambassador Ayushmann Khurrana along with actor Piyush Mishra. Along with Hashtag Orange, the campaign aims to reduce the distance between father and son.

The Man Company’s #GiftYourDadAHug campaign is exceptionally close to our hearts, Hitesh Dhingra, founder, The Man Company said. “As men, we often get alienated from our fathers while growing up. From calling them our heroes and riding on their shoulders, we stop talking to them altogether unless it’s about cricket or football, investment, job, or our mother’s whereabouts. So, this Father’s Day, we decided to rekindle the love between a father and son with a soulful and delightful campaign #GiftYourDadAHug. We simply want men to get out of their comfort zones, hug their fathers, eliminate all hesitation, awkwardness, and silly thoughts, and just tie together the strong and pure bond of a father and son,” he added.

The video features Khurrana (as a son) and Mishra (as father). It shows the awkward relationship between father and son transforming into an informal and close one. Directed by Shwetabh Chandra Varma, in this film, Khurrana plays the role of a professional chef who decides to cook something himself instead of buying a superficial gift for his father. His father outsmarts him and gifts him something far more memorable and precious.