Social 2.0 is all about control – users have more control over their data and privacy, and creators have more creative flexibility and how they make their monies 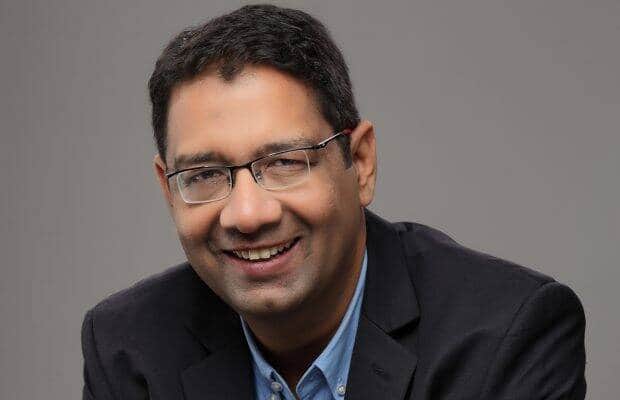 Social 1.0 created huge marketplaces for creators and followers to seek each other out

There’s a shift underway in the Social Media landscape. And no, we are not speaking about the Metaverse! In his prophetic 2008 essay, “1000 True Frans”, Wired editor Kevin Kelly claimed that the Internet will enable people to earn a living off their creations. More interestingly, he believed that, “…you don’t need millions of dollars or millions of customers, millions of clients or millions of fans. To make a living as a craftsperson, photographer, musician, designer, author, animator, app maker, entrepreneur, or inventor you need only thousands of true fans.” In a world where we hear about influencers, celebrities and millions of followers, views and likes, earning a living off a 1000 fans seems far-fetched. Or is it?

In Social 1.0, the various social media platforms enabled users to earn social influence. That was their currency. Sure, a few did a good job of upselling content and courses through platforms like Gumroad to their followers on Twitter, while influencers on Instagram and YouTube monetised their followers by promoting various brands to them. But in all of these cases, the platform did not enable or power the transactions. Patreon, Twitch and most recently Substack changed all that. Simply put, these are subscription-based social media platforms which are changing the dynamics of how creators use and perceive the social media platforms. And this, is Social 2.0

Social 1.0 created huge marketplaces for creators and followers to seek each other out. For free. While it seemed like a good deal then, recent focus around privacy, data breaches as well as trolling, bullying, fake news makes most of us feel, in hindsight, that we perhaps got the wrong end of the deal. We should’ve known that there’s no free lunch! The platforms had to keep their lights going, and they did it best by selling our data to advertisers, metaphorically at least. And the sensationalism, fake news, trolling only ensured a more engaged audience, more returning users and thereby a larger ad inventory to run those ads.

Social 2.0 is all about control – users have more control over their data and privacy, and creators have more creative flexibility and how they make their monies.

Historically, amongst the largest social media platforms, only YouTube had a program to share their ad revenues with the people who created YouTube channels. Ironically, it was this that led to creation of one of the largest 2.0 platforms, Patreon.

Jack Conte, a musician, had an epiphany in 2003 when he was about to release his latest music video on YouTube – he realised that for all the sweat and money he poured into his latest video, he would make all of $180 if, and that’s a big if, it gets him a million views! If instead, he mused, he was able to convince just 18 of his super-fans to support his creations by donating $10, he’d have the same outcome, but on his own terms. That set the ball rolling and Patreon was born!

It soon became a rage and the go-to place for musicians, dancers, photographers to directly connect with their fans and patrons (hence, the name Patreon!), and get them to support their creations in the form of micro-tips of $3, $5 or $10 each month. In return, the patron got access to exclusive content, merchandise and mentions; often, it was just the simple joy of supporting an artist that they liked that made fans support their creators.

Social 2.0 has fundamentally changed the game for creators in the following ways:

The key differentiator of Social 2.0 is a transparent and direct business model between creators and its patrons, typically built around a subscriptions model.
1. Recurring revenue stream: The dopamine-based revenue models of platforms like YouTube force creators to come up with clickbait headlines and shrill content (as payouts are linked to views and engagement). A subscription-based model, on the other hand, allows the creator to earn a consistent income stream, not keep worrying about having to hit each ball out of the park and thereby build a sound business
2. Creative independence: The creator is free to create what they truly believe in and what their fan base is looking for. Interestingly, building for those 1000 true fans, rather than worrying about getting a million hits, is liberating – both economically and creatively!
3. Direct control: The creator is free to price his creations what he deems best; and can allow the market discovery for the best price. With no algorithms between the creator and the patrons, creators have a direct access to the people who matter the most.

The power of an annuity business model cannot be underestimated. Some of the top writers on Substack have built a paying-base of 5000 subscribers – that translates to a yearly income of approx $500K for them! No wonder many writers and journalists from reputed publications like NYT and Wired have quit their jobs to dedicate writing bi-weekly columns on Substack!

The subscription based models are making a dent as the Social 1.0 companies have started responding with their own versions, for example, Twitter Blue and Superfans from Twitter, Stars by Facebook and a new paywall offering by YouTube.

With the users paying for the content, most of the Social 2.0 companies don’t have to worry about monetisation via ads and therefore, storing and sharing data with advertisers. Users today are more aware than ever about issues around data-privacy and are willing to pay that few $ for content that matters to them.

Another feature that seems to be playing out in social 2.0 is the unbundling. Instead of aggregating to a few platforms, niches and communities are moving to various Social 2.0 platforms. So, in-game streaming for serious gamers moved to Twitch (yes, fans pay subscriptions to watch others play Fortnite, Counter-Strike and Age of Empires!), writers moved to Substack, video courses to Podia, Udemy or Graphy and paid communities to Slack and Discord channels.

Similarly, in India, Thinkly is a mini-blogging platform for independent writers, thinkers, journalists, bloggers and thought-provoking creators to connect and exchange ideas with people having common interests and earn money via subscriptions. The platform is ad-free, troll-free, enabling creators to establish a direct connection with their patrons.

So, it seems Kevin Kelly called it right, almost a decade and a half ago! With the power of the Internet and now, the proliferation of Social 2.0 platforms, a creator can easily discover those 1000 true fans from across the globe, and build a sound business. Social Media is changing forever, and the creators never had it so good!

(The author is CEO and co-founder, Thinkly.com. Views expressed are personal.)