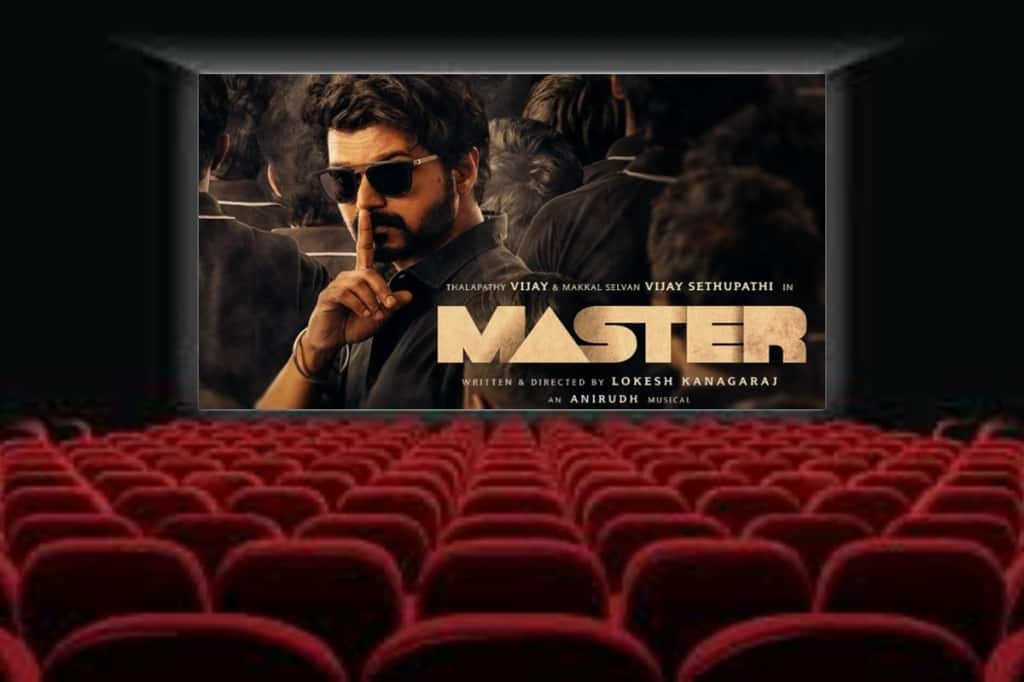 Hollywood movies such as Wonder Woman 1984 and Tenet box office’s collections were almost double in markets like Andhra Pradesh, Telangana and Tamil Nadu when compared to North.

As the film exhibition industry continues to struggle with select movies being released across theatres, South India seems to be faring well when compared with North and other parts of India. Case in point is the recently released Tamil film Master featuring Vijay. Released on January 13, 2021, the movie raked in over Rs 100 crore at the worldwide box office in just three days.  In Tamil Nadu, the film managed to earn Rs 50 crore – over the last three-four days. “Master is a big release for the Southern exhibition sector and will be used as a benchmark by the other producers to gauge the audience sentiments towards coming back to theatres. At present, producers are waiting for audience turnout for the movie to lock in on release dates for the pending films and start their marketing campaigns,” Gautam Jain, partner, Ormax Media, told BrandWagon Online.

As per industry experts the film exhibition industry down South has managed to perform a tad better, compared to North and other markets across the county. Hollywood movies such as WW84 and Tenet box office’s collections were almost double in markets such as Andhra Pradesh, Telangana and Tamil Nadu when compared to North, Ormax Media, stated. Similarly, regional releases such as Solo Brathuke So Better, Krack and Red performed well at the box office in South. “Wonder Woman 1984 and Tenet, our IMAX content, did really well because people relate to English and understand the language much better down South as compared to North India. As for regional movies, we clocked 100% occupancy with a 50% clause when Solo Brathuke So Better was released on December 25, 2020. Similarly, Ravi Teja’s Krack, and Red also emerged as blockbusters with good footfalls,” Kunal Sawhney, senior vice president, Carnival Cinemas, stated.

According to industry estimates, the exhibition industry in South India including markets such as Tamil, Telugu, Malayalam and Kannada clocked revenue of Rs 1,040 crore in 2020 when compared to Hindi speaking markets where box office collection stood at Rs 870 crore. From April onwards, as per the industry estimates, approximately two-three big and medium budget movies are set to release every month this year across languages. This should help in subsuming the losses incurred last year. “Thanks to the good line up of content which is slated to get released in India across various languages and genres, we are calling 2021 the Year of Cinema Entertainment. We are going to see movies from some of the best performers and best directors getting released this year, week after week. There is an equal and fair mix of movies from South Indian languages, Hollywood and of course Bollywood. In all, there are more than 100 major titles expected which will light up the screens in 2021,” Rajender Singh Jyala, chief programming officer, INOX Leisure Ltd, explained.

Interestingly, the South Indian exhibition industry has not been adversely affected by producers’ decision to move to OTT. For instance, Telugu film V, which opted for dual release of theatres as well as OTT at the same time, did not disrupt the exhibition industry’s footfalls.“It’s only in the South that you will find the culture of audience worshipping actors such as Rajnikanth, Kamal Haasan, Ajith and Vijay. Hence, an OTT release does not impact the viewers in the South as the intention is to have the full experience of going to a cinema hall and watching the movie on the big screen,” Shankar B, chief executive officer, Fourth Dimension Media Solutions, stated.

It is to be noted, that the southern exhibition industry is dominated by single-screen theatres as opposed to multiplexes which account for the highest box office gross in the North and West. Last year due to the shutdown, a lot of single-screen theatres had to shut shop permanently because of mounting expenses. However, it may not be a smooth sail down South if single screens cinema theatres aren’t able to open in the future.

Read Also: #BackToBusiness: Zero Gravity Communications’ Khushboo Sharma Solanki on the strategy that needs to be followed to bounce back