The campaign has been conceptualised by Ogilvy & Mather 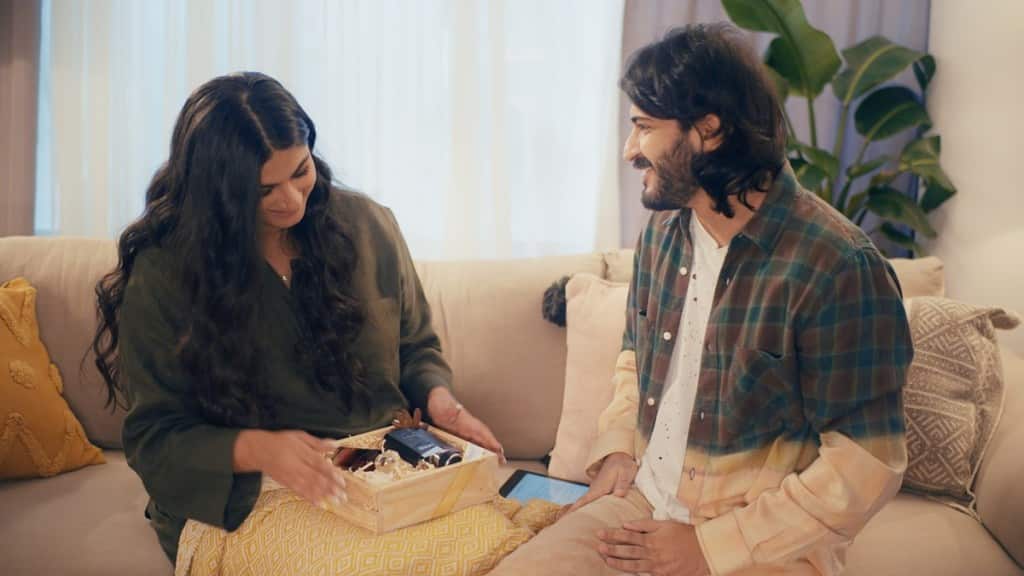 The video captures the fun relationship between the Kapoor siblings as they casually lounge on their couch playing a round of ‘Sibling Bingo’.

Fragrance brand SKINN is back with its #BestSaidWithSkinn campaign. The brand has rolled out a new digital video campaign created by Ogilvy & Mather to celebrate this Rakshabandhan season with the sibling duo – film producer Rhea Kapoor and actor Hashvarrdhan Kapoor. The brand celebrates the love and bond between siblings.

Rakshabandhan is the celebration of love, protection, and life-long companionship, Ankit Kasliwal, head of marketing, fragrances division, Titan Company Limited, said. “Gifts play a great role in conveying love for our siblings and bringing back all the rejoicing memories of growing up side by side with one another. The splendid fragrances from SKINN thus, are a perfect gift to express your love. With this digital video, we celebrate the season with the most loved sibling duo – Rhea Kapoor and Harshavarrdhan Kapoor. Their bond is full of love, fun, and mischief, which makes the video relatable for us all reminding us of our own beautiful relationships with our siblings,” he added.

The video captures the fun relationship between the Kapoor siblings as they casually lounge on their couch playing a round of ‘Sibling Bingo’. On asking Rhea Kapoor to spill beans on her secrets, she confessed that there is a family WhatsApp group excluding Harshvarrdhan Kapoor.

With this campaign, SKINN conveys that how a special bond, which is unlike any other, needs a gesture, which is as personal and special as the relation itself.  Harshvarrdhan Kapoor can be seen surprising and pampering his sister and himself with the fine range of perfumes from SKINN by Titan, which as Rhea Kapoor adds is the first time ever as she has never received a gift from her brother on her birthday or even for Rakhi. “Rakhi gifting is made easier and fun with SKINN as the love, bond and irreplaceable relationship between your siblings is #BestSaidWithSkinn,” the company stated.