Lalit Agarwal talks to Devika Singh about the infrastructural hurdles in tier III towns and beyond, the competition from marketplaces, and more. 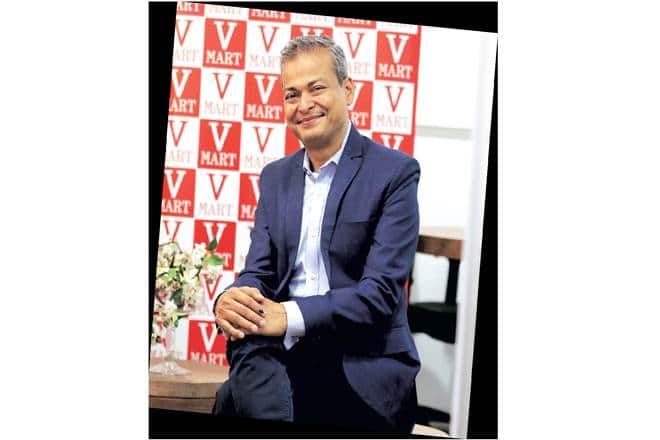 The selfie age has brought on a consumption drive in the small towns; the aspirations of people in these towns have gone up.

Value fashion retailer V-Mart is betting big on the low penetration of organised retail in smaller towns. In less than a year, the company has opened 50 stores across geographies. Lalit Agarwal talks to Devika Singh about the infrastructural hurdles in tier III towns and beyond, the competition from marketplaces, and more.

From launching 100 stores in 10 years to 50 stores in the last one year — what triggered the rapid expansion? What kind of investments did it entail?

The selfie age has brought on a consumption drive in the small towns; the aspirations of people in these towns have gone up. Today, not more than 400-500 towns in the country are covered by organised retail, so there is a huge opportunity for retailers here. We are tapping this opportunity and going deeper into the country. We spend `2.2-2.3 crore in opening a store; half of this amount goes into inventory fulfilment.

How do you identify the markets in which to launch a store?

We have launched additional stores in towns such as Kanpur, Varanasi, Gorakhpur, Lucknow, Patna, Dehradun and Jaipur, and opened stores in new locations in Rajasthan, Madhya Pradesh, Bihar, Jharkhand and Jammu. We follow a cluster-based approach for expansion. We open a new store within 100 km of an existing one. Within clusters, we look for another town with dense population and then research about their per capita income, the number of two-wheelers, four-wheelers and banks present, etc, to calculate the business we can expect from there.

What are the challenges in opening stores in the smaller towns? How do you plan your inventory in these towns given the diverse fashion sense?

In most of these towns, infrastructure is absent; for instance, we don’t get buildings that are commercially approved or compliant to fire safety norms. There are supply chain management and manpower challenges, as also issues like power cuts. However, we have built our fleet of trucks and drivers to supply to these areas and have generators for power back-up. Assam is a market where we are facing logistical challenges, since our distribution centre is in Delhi. We plan to open a new warehouse in Kolkata to cater to the Northeast markets.

Two years back, we started moving into the tier IV towns. But 40% of the stores we opened there are still struggling. We are trying to understand what models will work in these towns. We may reduce store sizes, and introduce a different inventory mix as people here prefer ethnic clothes. These places also have low per capita income and buy clothes only twice or thrice a year, which means pricing cannot be high. We also make sure that the locations are convenient — near a bus stand or a railway station.

Despite India’s diversity, 70% of the consumption is standardised to an extent. For the remaining 30%, we use data analytics and AI to understand local tastes and study demographics. We try to understand what kind of colours they prefer, the events and festivals they celebrate, and plan the inventory accordingly.

You have been talking about V-Mart’s upcoming omnichannel offering for a while now… It is in the pilot stage and we should be ready to roll it out in three months. We have tied up with a technology partner to integrate all our retail channels, catalogues and inventories for developing an omnichannel approach for smaller towns. Transportation is a big problem in small towns and people often travel great distances to shop; such people can access our online channels and order products.

With marketplaces as well as offline brands tapping smaller towns, how does V-Mart stand out?

There is no denying that there is competition from the marketplaces; we cannot stop people from going there. Our customers are from the middle-class and beyond, in small towns. They will buy clothes only a few times in a year, so they don’t want to spend their money by merely looking at a picture. They will only buy clothes after trying them on. If they have used the product/brand offline, they might order it online. Our understanding of customers in these towns is strong and we have an edge there. But V-Mart is not serving even 5% of this market, so there is an opportunity for everyone.