WinZO inked this partnership to encourage the talent, sportsmen and the spirit of sportsmanship 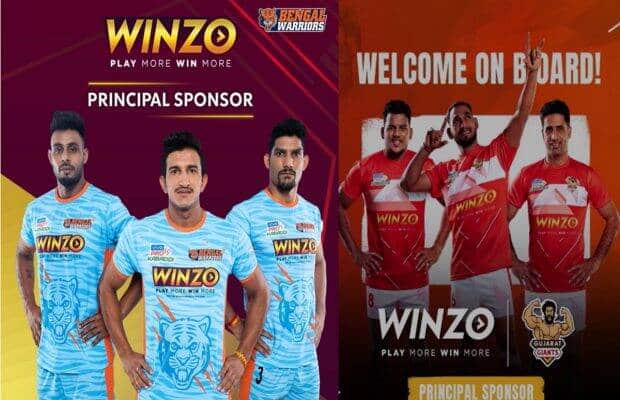 Social gaming platform WinZO has partnered with Future Group owned, Bengal Warriors and, Adani Group’s Gujarat Giants for the Vivo Pro Kabaddi League’s (PKL) Season 8. As per the partnership, the gaming coming will be the new principal sponsor of the two teams. Focusing on developing a culturally relevant sporting ecosystem, WinZO sees this sponsorship as organic and supporting local talent which promotes ‘Bharat ka Khel- Kabaddi’. “Just like Kabaddi, WinZO is also homegrown and is building for Bharat. The opportunity struck an instant chord with us. We believe that the Vivo Pro Kabaddi League will certainly provide a massive boost to the growth of the sport and players in the country. It’s a matter of great pride for us to play our part in the advancement of Kabaddi in India,” Paavan Nanda, co-founder and chief executive officer (CEO), WinZO, said.

Vivo PKL is the second most viewed sporting event in the country, second only to the Indian Premier League (IPL), with a viewership of 430 million. With this partnership, WinZO strives to pursue a shift in the interests towards other native sports that have the potential to showcase Indian mettle on a global level. Capturing the Indian sentiment and a huge audience outside the periphery of mainstream sports such as cricket, WinZO inked this partnership to encourage the talent, sportsmen and the spirit of raw sportsmanship.

With a specific focus on interactive needs of audiences across markets, WinZO’s support to these teams will enable them to leverage its vernacular strength. Hosting over 80 games in 12 languages for a user base of more than 65 million, 90% of WinZO’s user base is spread across tier II to tier V markets. With presence in deepest parts of the country and 80% of the user base consuming content in vernacular, WinZO persists to provide social interactive games and formats that are enjoyed by the masses, a synergy which coincides with Vivo PKL aptly.

For Sandip Tarkas, CEO, Bengal Warriors, the game Kabaddi has really found its rightful place as the largest sports league in India. “Bengal Warriors is one of the founding teams of Vivo PKL and is one of the most exciting teams in the league. With WinZO’s association we are sure Kabaddi will make a BIG splash in the online games space as well,” he added.