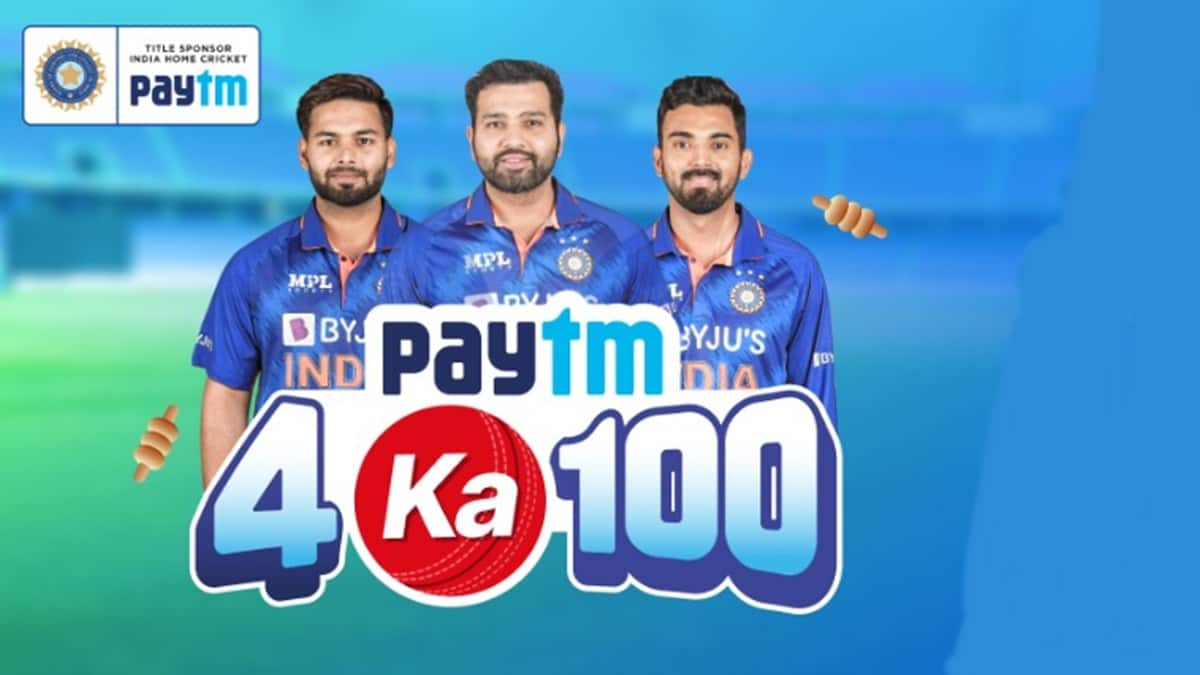 As per the company, existing users can win cashback upto Rs 100 when they invite friends or family to use Paytm for UPI money transfers

Paytm has launched a social media campaign to promote its ‘4 ka 100 cashback offer’ on UPI money transfers during the Paytm India vs South Africa T20 Series, scheduled from June 9-19, 2022. For this, Paytm has onboarded Indian cricketers Dinesh Karthik, Kuldeep Yadav and South African player Quinton de Kock. Former Indian cricketer Irfan Pathan has also been roped in for the campaign.

The campaign, which has gone viral, saw the four cricketers engage in a banter on social media about Paytm’s cashback offer. According to fintech, lakhs of customers won Rs 100 cashback when the offer was first introduced during the India-West Indies Series in February 2022. Paytm has always been closely associated with cricket, given its immense popularity in the country, the company stated. “To celebrate the sport with our users, we have reintroduced the ‘4 ka 100 cashback’ offer for the upcoming T20 series and have also launched a social media campaign involving Indian and South African players,” the Paytm spokesperson stated.