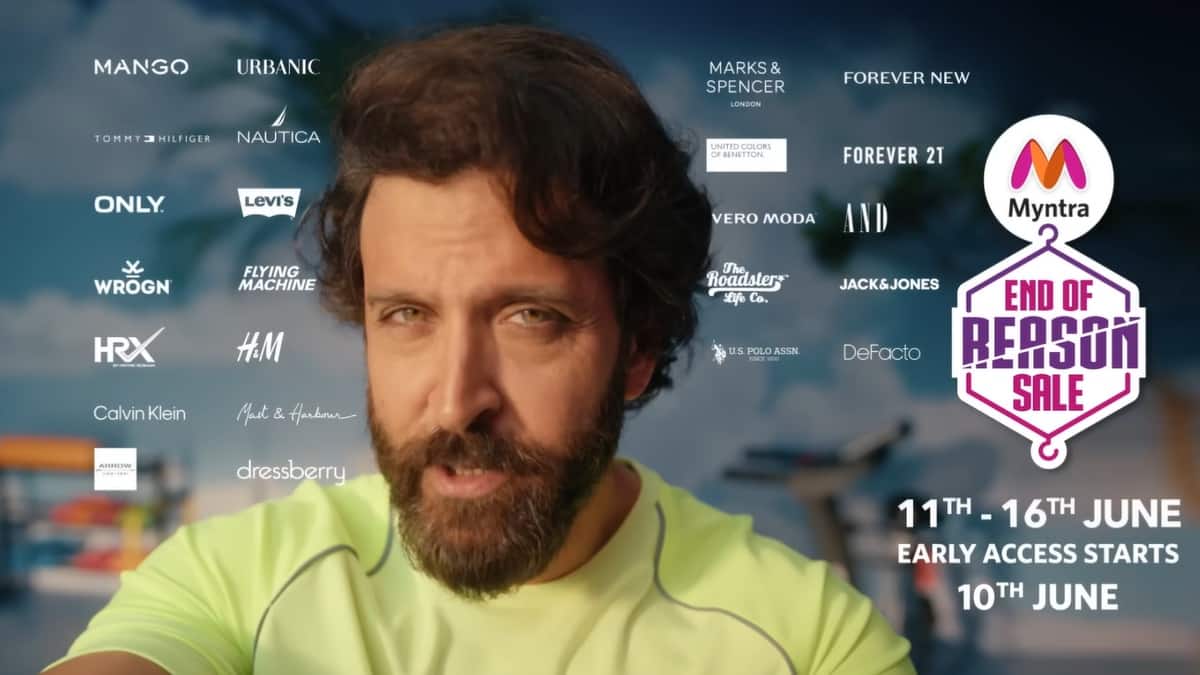 Fashion e-commerce company Myntra has launched a multichannel marketing campaign to engage with 250 million shoppers from across the country on the arrival of the 16th edition of its flagship event, EORS, scheduled to be held between June 11- 16.

Myntra has launched two films starring Hrithik Roshan, Kiara Advani and Siddhant Chaturvedi. The films will also be pairing off the celebrities for the first time with a 15-second-long edit featuring Roshan and Advani and another with Roshan and Chaturvedi. The campaign will have transitioning costumes with Roshan donning different styles, Chaturvedi featuring the uber comfortable casual wear and Advani repping western, casual and ethnic wear.  EORS-16 will be promoted across TV and digital media platforms, such as Google, Facebook and YouTube, while also activating owned social media channels, M-Studio and M-Live.

Roshan, Advani and Chaturvedi are going to take center-stage in the EORS-16 ad films, creating visibility for the event and driving reach among fashion-forward shoppers in the country, Nandita Sinha, CEO, Myntra, said. “We will also offer brands the opportunity to harness the power of the creators’ economy and leverage India’s influencers to engage our mobile fashion-conscious consumers,” she added.

Myntra will allow customers to engage with Indian influencers, including Big Boss 15 winner Tejasswi Prakash, Hina Khan, Gurmeet Choudhary and Niharika NM among others, creating over 5,000 looks in the space of fashion and beauty on Myntra Studio. Customers who consume fashion and lifestyle content will see brands connecting with them over 700  M-Live sessions during which the brands will offer merchandise at EORS prices during the pre-launch itself.