The brand film will be leveraged across platforms, including print, social media and multiple digital channels, to improve awareness and build an emotional connection with its consumers. 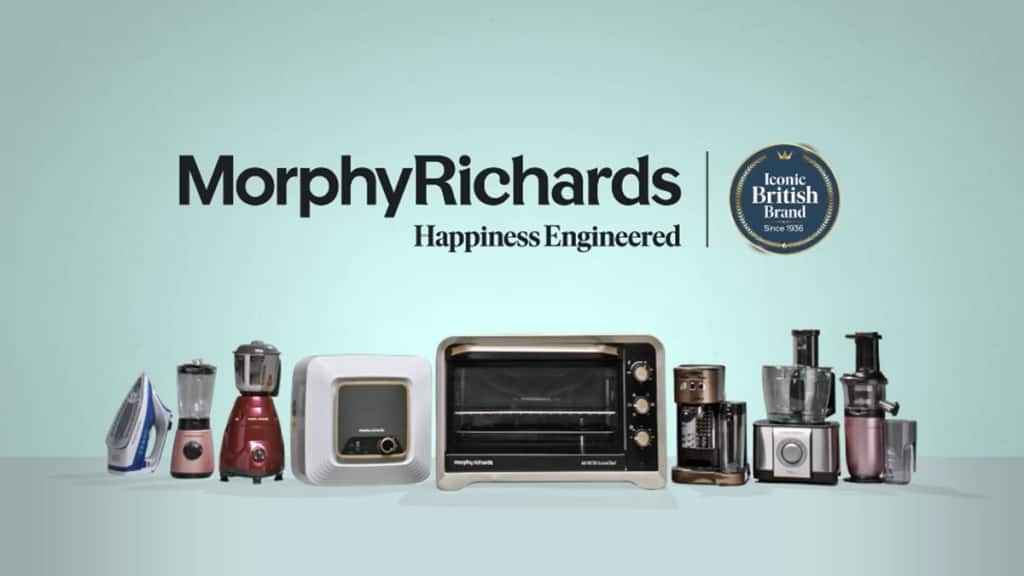 Home appliances brand Morphy Richards has rolled out its new brand film with the essence that ‘no two people are the same; and no matter who you are, there is a Morphy Richards for you’. As per the company, the new film is in sync with its global positioning of ‘Happiness Engineered’, which features the brand’s best-selling, high-demand products Luxechef OTG, Kaffeto coffee maker and Kube water heater.

The campaign unveils a fresh brand logo and identity for an iconic British brand that has been around since 1936, Sandhya Biswas, head of marketing, Morphy Richards, said. “The new positioning aligns with the global positioning around ‘Happiness Engineered’, which stems from our consumer’s need for intuitive, user-friendly products that deliver happiness through product design and functionality. Our consumers have great taste, and as a curator of the finest appliances, we enable them to express their identity and add convenience to their day. Our homes are our sanctuaries, and our products aim to make our consumers feel great, as true happiness begins at home,” Biswas added further.

The brand film will be leveraged across platforms, including print, social media and multiple digital channels, to improve awareness and build an emotional connection with its consumers.

As per the company, modern Indian consumers increasingly believe that happiness begins at home and hence focus on making every corner a reflection of themselves. “Given this, Morphy Richards’ intuitive and technologically advanced products seamlessly fit into a consumer’s changing lifestyle,” the company added in an official statement.

Morphy Richards is an established British brand that has been creating home appliances for over 85 years. Their product range covers domestic appliances such as water heaters, garment steamers, room heaters and kitchen appliances, including OTGs, breakfast preparation, coffee makers, microwave ovens, among others. Morphy Richards is part of Glen Dimplex, an Irish-headquartered international manufacturing group which operates across four core product categories namely heating and ventilation, consumer appliances, flame (electric, gas and wood fires and outdoor rooms) and precision cooling (technologies for medical and industrial applications). The Glen Dimplex Group was founded in 1973.