McDowell’s No. 1 rolls out a new campaign #No1YaariCheers 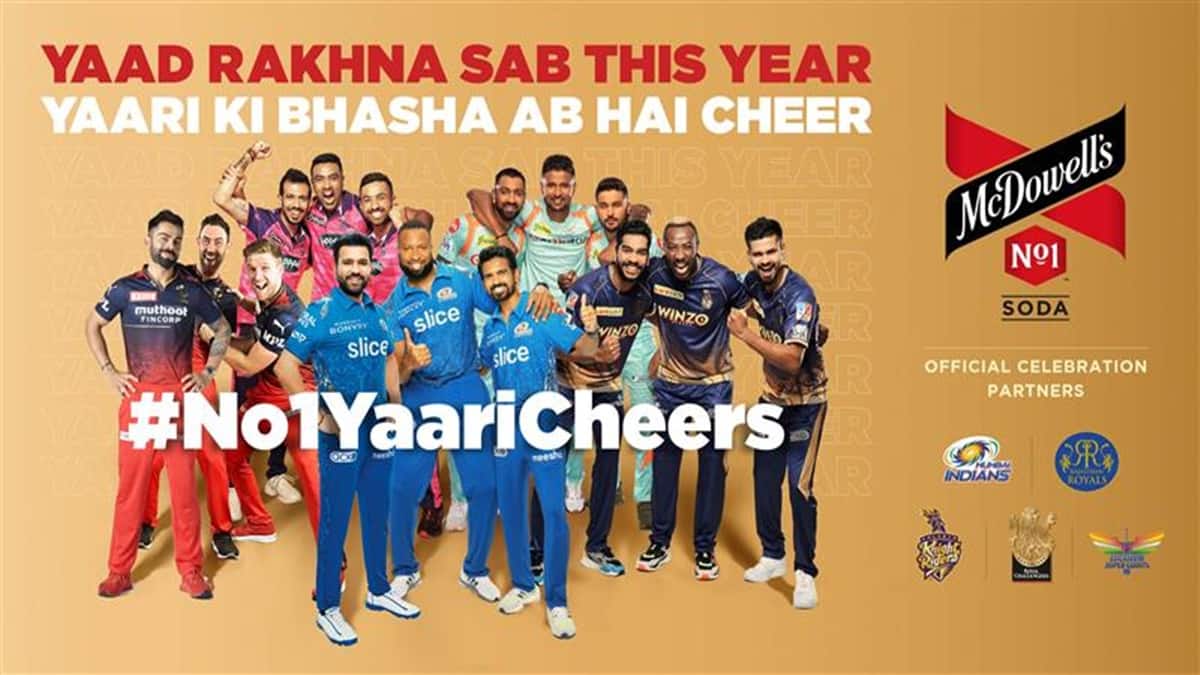 For Sujay Ghosh, executive vice president and business partner, DDB Mudra, McDowell’s No. 1 has always stood for bonds of friendship.

McDowell’s No. 1 has launched a new campaign #No1YaariCheers. Conceptualised by DDB Mudra, the campaign features IPL players such as Virat Kohli from Royal Challengers Bangalore, Yuzvendra Chahal from Rajasthan Royals, Kieron Pollard from Mumbai Indians and many more, to bring alive the stadium action on the screen. The campaign is currently live across digital platforms such as Disney+Hotstar, YouTube, mCanvas, Facebook and Twitter.

According to Ruchira Jaitley, executive vice president and portfolio head, marketing, Diageo India, cricket is a sporting extravaganza that brings the entire country together with inspiring sporting action that’s a feast for Indians across the length and breadth of the country. “This cricket season is the perfect platform to bring alive the special moments when yaars connect and make magic happen, whether while playing or while watching this tournament. To further add to the fun and entertainment, we are giving fans a chance to cheer for their teams with inspiring and playful language like never before,” she added.

“No.1 Yaari, six of the biggest IPL teams and 18 superstars deserve a grand platform. #No1YaariCheers is just that. A new language of Yaari that fuses what yaars do – from showing support to inspiring to teasing to provoking to badgering and everything in between – support, inspire, tease, provoke, badger – with the language of cricket. With the cricketers not having to so much act but simply express their Yaari for each other, they brought their own style to the cheering/chanting,” Neeraj Kanitkar, executive creative director – West, DDB Mudra stated.

Also Read
WinZO brings Youtuber CarryMinati on board as its brand ambassador
Why bagging the media rights for the Indian Premier League is a winner’s curse
VS Mani & Co. launches a new campaign
The Moms Co. launches its national campaign with brand ambassador Sonam A Kapoor

For Sujay Ghosh, executive vice president and business partner, DDB Mudra, McDowell’s No. 1 has always stood for bonds of friendship. “And Cheers have always brought fans together and made their fandoms epic, we mounted our idea based on these two inputs and created a new language for fans and friends to enhance the engagement and celebration for this cricket season across language and regions.”