Betting big on the fast-growing low-sugar beverage market, the company has been working at launching low- and zero-sugar variants of its sparkling brands and recently unveiled Coca-Cola Zero Sugar in India. 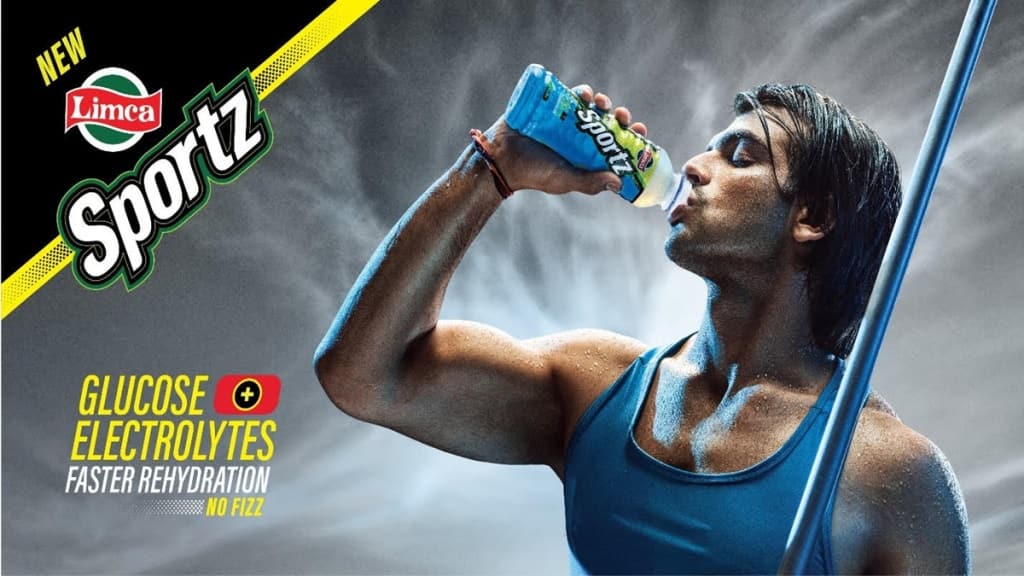 Over the past few decades, the ripples of change in the global soft drinks market have grown in leaps and bounds with new categories flooding shop shelves with unfailing regularity.

Coca-Cola India has extended homegrown Limca into the hydrating sports drinks category with Limca Sportz. The new variant contains a punch of electrolytes that claims to rehydrate a consumer. The move is in line with Coca-Cola’s global strategy to beef up its portfolio of healthier drinks.

Unveiling Limca Sportz, Arnab Roy, V-P, and head, marketing, Coca-Cola India and Southwest Asia (INSWA), told FE that Limca, which is a 51-year-old brand, also needed to reinvent itself, and therefore the company chose the brand for the latest extension. As per reports, the brand logged sales of `2,061 crore in FY21. Roy said rehydration and rejuvenation is an area where the company has not been able to focus, until now. “The world of beverages is very vast and the potential for innovation and expansion with different offerings is huge. Our low-sugar, no-fizz portfolio is growing fast for us, but are they big? We still have some way to go. We will continue to expand in the space of zero or low sugar,” he said.

Back in 2020, Coca-Cola had announced it was tapping into disruptive categories with a new focus on “breakthrough beverages” and flagged hydration, sports, coffee & tea, juice, milk and the emerging plant segment as global categories with the strongest growth opportunities. Betting big on the fast-growing low-sugar beverage market, the company has been working at launching low- and zero-sugar variants of its sparkling brands and recently unveiled Coca-Cola Zero Sugar in India.

In the June quarter, Coca-Cola Company’s sparkling soft drinks grew 8%, which was “primarily led by India, Mexico and Brazil”, said the Atlanta-headquartered firm in its global earnings released in July. “Growth in developing and emerging markets was led by India and Brazil,” it had said then. Nutrition, juice, dairy and plant-based beverages grew 6% led by Maaza in India.

Limca Sportz is the official sports drink partner for the upcoming ICC T20 World Cup scheduled to be held in Australia from October 16 to November 13, 2022.

The new variant will be available across Delhi-NCR, Bengaluru, Chennai, Bengal, Mumbai, Pune, and cities of Andhra Pradesh/Telangana starting September, and will be available in packs of 250 ml and 500 ml. “This year is an experiment for Limca Sportz, and with all the learnings, we will have more ambitious plans for 2023. Besides leveraging the strong distribution system with our bottling partners, we will try to experiment with new methods,” Roy added.

Defining the target group (TG) for the brand, Roy added, “The TG is people who want to have an active lifestyle and is interested in sports. We believe this base will definitely increase going forward.” With the launch of the new variant, the brand is bringing alive the #RukkMatt campaign via an advert featuring reigning Olympic javelin champion Neeraj Chopra. The campaign will aim to encourage the audience to push their boundaries. The brand will use digital as well as mass-media broadcasting to maximise reach. The campaign film has been conceptualised by advertising agency Ogilvy.

The company is working on “a long-term association” with Chopra and Roy says the next five-six years are going to be the point of inflection for Indian sports, especially non-cricketing sports.

Limca stands at number four within Coca-Cola India’s sparkling portfolio (in terms of market share). The company acquired Limca from Parle Bisleri in the early 1990s, along with other brands such as Thums Up and Maaza, and the brand has been growing in double digits in the past three years. India is currently the fifth largest market for Coca-Cola globally.

Over the past few decades, the ripples of change in the global soft drinks market have grown in leaps and bounds with new categories flooding shop shelves with unfailing regularity. This has accelerated growth in alternative categories.

Better-for-you/healthier drinks are a big part of this change. Apart from sugar-reduction concepts, flavoured fizzy beverages have got a boost from functional ingredients that have captured the attention of health-conscious consumers.