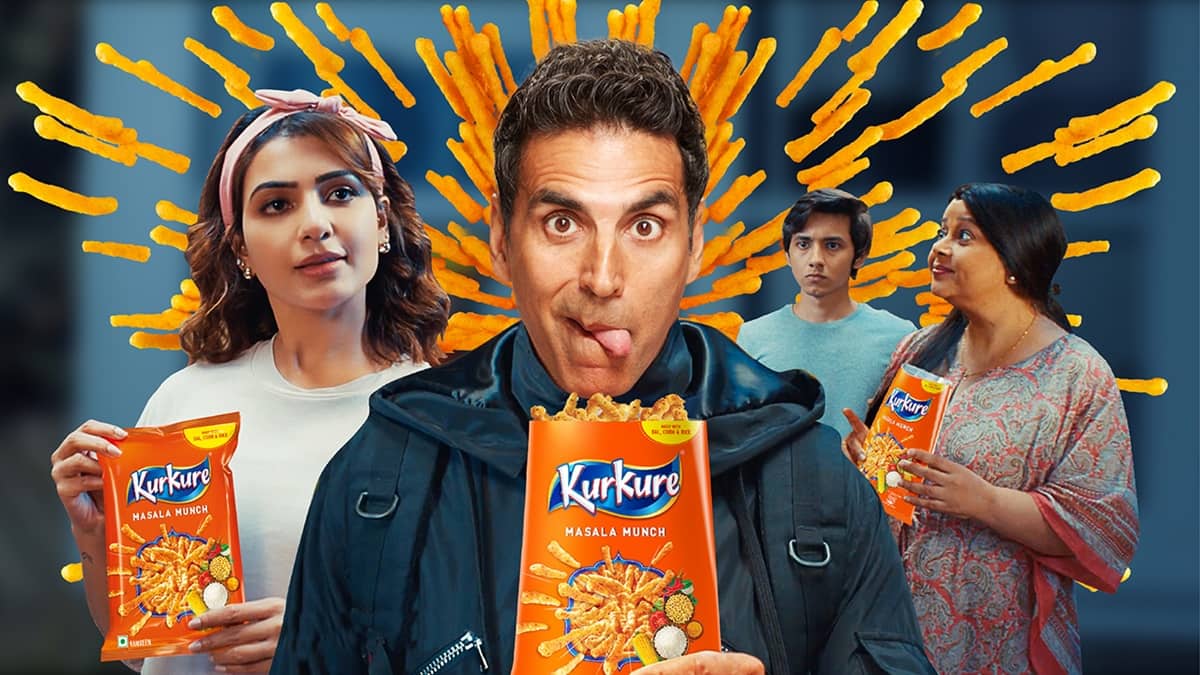 Through this film, Kurkure wants to intensify the brand love

Snack brand Kurkure has launched a new film featuring actor Akshay Kumar and Samantha Ruth Prabhu. The film, which is a part of the larger ‘Ab Laga Masala’ campaign, celebrates the ‘masaledaar’ taste of Kurkure. “Kurkure has a special place in the heart of Indian consumers with its iconic flavour and ‘tedha’ persona. The brand has the ability to portray unconventional yet relatable modern Indian family scenarios through its quirky, over-the-top storytelling that transforms any boring moment with family and friends into an entertaining one,” Neha Prasad, associate director, brand marketing Kurkure, PepsiCo India, said.

“Through this film, we want to intensify the brand love and celebrate the iconic flavour of India’s favourite ‘masaledaar’ snack. We are confident that our latest blockbuster combination of Akshay’s exuberant energy and Kurkure’s ‘masti’ will be an eccentric and compelling experience for the fans,” Prasad added.

In the film, Akshay Kumar is seen playing the role of a thief who breaks into Samantha’s house in the middle of the night. But he gets distracted when he sees a packet of Kurkure kept in the kitchen cabinet. While Samantha and her family snatch the pack from his hands to eat Kurkure themselves and later offers Kumar as well, he readily obliges. However, reality hits him with the sound of police sirens on the way to the house.

Kurkure has worked with Wunderman Thompson for the film. “Daily life can be such a routine and boring when there is no ‘masaledar’ twist… but with Kurkure Masala Munch, the ‘masala’ hit in each collet unleashes full-on drama in every situation. Watch how the spicey tangy and ‘chatpata’ flavours ka hit make Akshay a mast chor in the new ad campaign for the brand,” Ritu Nakra, senior vice president, Wunderman Thompson, said.