According to Technopak, the total Indian ethnic wear market is valued at Rs 70,000 crore. 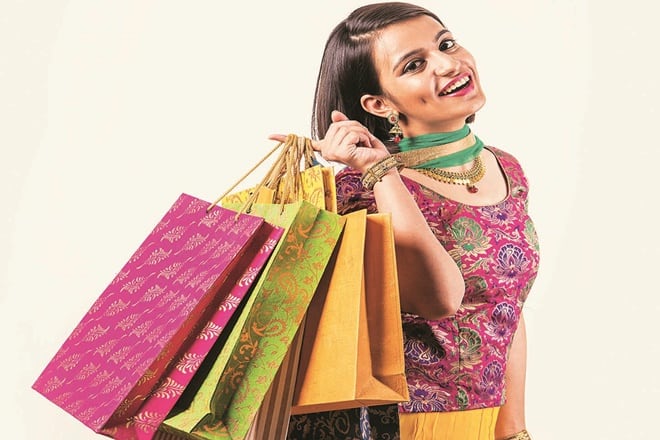 While a large share of this market remains unorganised, existing organised players such as FabIndia and Manyavar have tasted success.

Swedish retailer H&M recently announced its plans to introduce a saree collection in collaboration with designer Sabyasachi Mukherjee in April. Japanese brand Uniqlo, meanwhile, introduced a special kurta collection, when it launched its first store in India last September. These are just some of the examples of international fashion retailers showing interest in the ethnic wear market in India.

Besides these, some established Indian retailers who primarily deal in western clothing, too, have shown interest in ethnic product lines. Aditya Birla Fashion and Retail Ltd (ABFRL), which manages brands such as Van Heusen and Peter England, plans to soon introduce a mass-market fashion brand in the country, while Raymond launched its Ethnix range last year.

Experts cite a high growth rate seen in the ethnic apparel segment as a reason for this newfound interest in the category. According to Technopak, the total Indian ethnic wear market is valued at Rs 70,000 crore; women’s ethnic wear has an 85% (Rs 59,500 crore) share in the market and is expected to grow at a CAGR of 10% till 2022. While a large share of this market remains unorganised, existing organised players such as FabIndia and Manyavar have tasted success.

Raymond has been opening exclusive brand outlets and tapping its extensive distribution network to grab a share of this market. “Raymond has a massive distributional spread and it has a very high recall when it comes to occasion-based selling. Therefore, we see that it is a fitting opportunity for us to pursue,” says Gaurav Mahajan, president, group apparel, Raymond. The company has opened 40 stores so far for Ethnix and plans to add 10 more by the end of this year. Raymond, besides occasion-based or ceremonial wear, is offering casual Indian wear under Ethnix, too. The brand, according to Mahajan, is positioned in the premium category.

Uniqlo’s kurta collection, too, commands a price premium; its products, which include kurta dresses, tunics, stoles, etc, range from Rs 1,290-3,990. The company has tied up with Delhi-based designer Rina Singh for this collection and made it available in its stores across Japan, Singapore, Malaysia, Thailand, Indonesia and Philippines, besides India.

“We are committed to providing customers in India with apparel that comes from our Japanese value of simplicity, quality, and longevity, and made to be affordable and accessible to all. The team was inspired to create a new version of the kurta, made for a progressive woman. Given its versatility, kurta is a democratic shape that could be offered to women across the world,” says a Uniqlo India spokesperson.

ABFRL, which has ethnic wear products under Pantaloons, announced a partnership with designers Shantanu & Nikhil last year and acquired a 51% stake in Finesse International Design. The company had also acquired ethnic apparel retailers Jaypore and TG Apparel in 2019 and plans to leverage these to introduce a mass-market ethnic brand soon.

Experts are of the opinion that multinational brands are not looking at a pure-play offering in this segment, but plan to leverage this category to drive their growth further into the country.

“The objective is to make the brand a bit more local. Launching ethnic ranges helps these brands drive walk-ins from those consumers who do not wear western outfits,” says Rajat Wahi, partner at Deloitte India.

However, for brands that are looking at this more seriously, there are several challenges and positioning is one of them.

“International brands have a fairly distinct positioning and attract customers because of this distinction. Why would a customer walk into an H&M store to buy Indian wear clothes?” says Devangshu Dutta, chief executive officer, Third Eyesight.

Experts say about 80-90% of the ethnic wear market in India is still unorganised, which is another hurdle.

“Selling ethnic wear requires a different set of skills than western wear. The ecosystem for suppliers and vendors is not fully developed here and companies need to work on this,” says Abheek Singhi, managing director and senior partner, BCG.

For example, he adds, many Indian apparel players have been manufacturing shirts for years for global manufacturers and know all the requirements to produce them at scale. However, ethnic wear has been made at a more local level and therefore “there is a learning curve here for these companies”, he says.