How to create a powerful brand 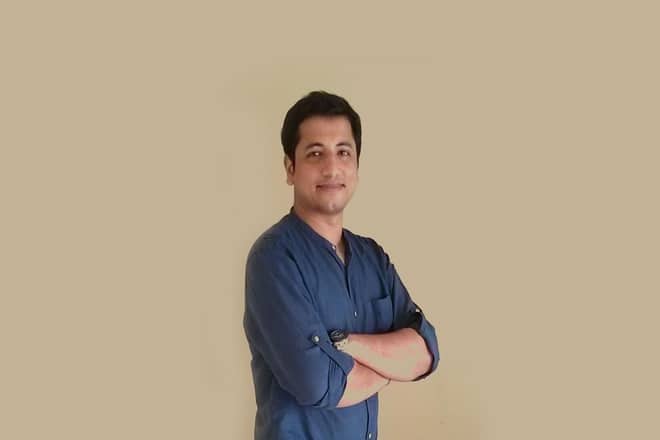 The Jungle Book has been one of the most enjoyable stories of everyone’s childhood. When I ask people the names of key characters in the story, people confidently answer Shere Khan, the tiger; Baloo, the bear; Bagheera, the black panther; and Mowgli, the young boy, raised in the jungle by wolves. But when I ask people the wolves’ names, hardly anyone remembers beyond Akela, the leader of wolves. Wolves played essential roles in the story. They even had different names and traits. Then why do people struggle to recall their names?

When I tried to understand the reason, people said there were too many of them. If you look from a marketer’s lens, tiger, black panther, bear, the young boy raised in the jungle were categories with one dominant brand. But, the wolf was a crowded category with multiple brands. When there are too many brands in a category, people remember the leader, but most often forget followers.

A category is the most important aspect of building a powerful brand. When consumers want to buy something, they think category first, brand second. For example, people think of purchasing a washing machine (category) first, and then they think which brand to pick up. When retailers sell, they organize brands by category. For example, retailers keep brands of chocolate (category) in one shelf and the brands of toothpaste (category) in another. Renowned marketing strategists Al Ries and Jack Trout said, “Marketing people often talk about the ‘three leading brands’ in a category as if it were a battle of equals. It almost never is. The leader inevitably dominates the No. 2 brand, and the No. 2 brand inevitably smothers No. 3.” Therefore, to become powerful, a brand should prefer to become the leader in a category.

Let me share with you a few ways by which new brands could become leaders in their respective categories :

A new category can help a new brand to stand out

David Aaker, the father of modern branding, said, “My brand is better than your brand competition, rarely generates growth because markets are so stable and difficult to disrupt. The only way for brands to win is to create a new category or subcategory.” For example, the pain rubs and balms category was dominated by Iodex. It was positioned as a multi-purpose balm used for body aches, headaches, and general pain. People prefer specialists over generalists. Therefore, instead of positioning itself as a general pain relief balm like Iodex, Moov focused on positioning itself as a specialist in the back pain subcategory. Homemakers have recurring back pain because of fatigue. Also, bad sitting postures and long commuting hours make working people prone to backaches. Hence, there was a huge market for back pain subcategory. Further, Moov changed its form and shape. Iodex was available in a greasy, staining form in a glass jar. On the other hand, Moov was available in a cream form in soft squeeze tubes. Quickly, Moov emerged as a leading player in the pain relief category.

Branding pioneer Walter Landor stated, “Products are made in the factory, but brands are created in the mind.” Therefore, just being first in the category will not make a brand pioneer. The brand that enters into the consumer mind first is considered pioneer. For example, the beer category is crowded with multiple brands such as Kingfisher, Tuborg, Fosters, Budweiser, Haywards 5000, Heineken, Corona, Carlsberg, etc. Most of the beers sold in the market have been bitter in taste. However, for the young urban Indian consumer, the taste is a much more significant concern than price point. Hence, in cities like Bangalore and Gurgaon, people were getting attracted to microbreweries selling craft beer (more flavourful, milder, and low-calorie beer). As the micro-brewing business model is challenging to scale, these microbreweries were not able to distribute products beyond a limit. Hence, the craft beer category popularity remained minuscule. It was 2015 when Bira 91 was launched. Due to its distinct taste, innovative marketing strategies, and national presence, Bira 91 became the poster boy of the craft beer category in India.

If you are late to enter a category, then be different

Mostly, new brands in a category try to follow a leader. But if new brands talk about the same benefit that a leader has been talking about, then by making a leader’s benefit look more important, followers reinforce the leader’s position. According to Jack Trout and Al Ries, the most powerful concept in marketing is owning a word in the prospect’s mind. A company can become incredibly successful if it can find a way to own a word in the prospect’s mind. Hence, it is better to play on a differentiated benefit than to emulate the leader. In the 1990s, the category of the fuel-efficient motorcycle (100 cc) was an established category, and Hero was the market leader. In the late 1990s, Hero launched a new category of power bikes (150 cc) with the brand CBZ. It was 2001 when Bajaj entered into the emerging category of power bikes. Bajaj’s strategy was to offer precisely the opposite of what the Hero was offering. Then, Hero was known for fuel efficiency, and Bajaj focussed on power. Bajaj launched two performance-oriented motorcycles, Pulsar 150 and Pulsar 180, at affordable price tags. Bajaj Pulsar 180 offered the performance level that no other bike could offer then. College-goers and youngsters loved these motorcycles, and Pulsar became an instant hit in the market. Ever since its launch, Bajaj has continuously updated Pulsar with more powerful engines. Today, Pulsar is sold in 65+ countries, and in many of those, it is the market leader.

Not just product, but a breakthrough business model can also create category leader

Renowned marketing author Seth Godin says, “The job isn’t to catch up to the status quo; the job is to invent the status quo.” In the late 2000s, Faasos had become a leading Indian QSR brand, known for wraps. To increase revenue and customer frequency, Fasoos tried selling higher-priced menu items, like pizzas and biryani. But customers didn’t prefer to eat biryani and pizzas sold by a brand known for wraps. Due to high rental costs and marketing expenses, creating different brands for different food categories was not a viable option. Over time, the company started moving away from the QSR business model (high rental prime locations) to the cloud-kitchen business model (lower-rent kitchen locations with online ordering and home delivery). Launching a new brand of online restaurant costs far lower than launching a restaurant brand of offline stores. While Faasos remained the brand name for wraps, Rebel Foods became the parent brand for new online restaurant brands. Over time, the company has launched many new brands such as Behrouz Biryani, focussed on the biryani category, Oven Story focussed on the pizza category, Mandarin Oak focussed on the Chinese food category, and many others. Interestingly, within a short time period, Rebel Foods has emerged as the most prominent brand in the internet restaurant category.

Al Ries and Jack Trout said, “If you can’t be first in a category, set up a new category, you can be first in.” Being a category pioneer is a powerful position. When a brand defines a hidden desire or an untapped need before anyone else, customers perceive that the brand that first understood the problem would naturally have the best solution. This perception attracts more customers, media, and investors. However, category creation is not easy. To educate the market about the benefits of a new category, the category creator needs a lot of time, energy, and resources.

The writer is the author of the book ‘Booming Brands.’ Views expressed are personal.

Read Also: How brands are leaning towards the influencers for their brand’s promotion online