How Mascots can act as a brand booster 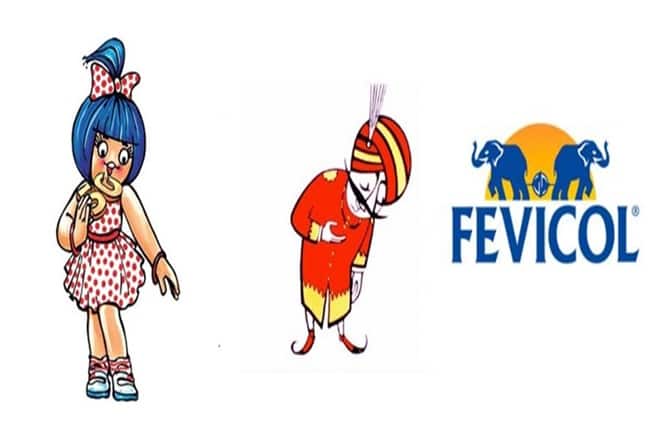 Mascots can express a brand's personality through their traits and stories

What comes into your mind when you think about iconic brands like Disney and Amul? Probably, Mickey Mouse and Amul Girl. These highly popular characters are mascots of The Walt Disney Company and Amul, respectively. If you look closely, you will find that many of the world’s famous brands have mascots. Here are some notable examples: Larry (Twitter’s blue bird), Mario (Nintendo’s famous video game character), Ronald McDonald (McDonald’s clown character), Bugdroid (Android’s green robot), and Maharajah (Air India’s king).

A mascot is a fictional character based on humans, animals, or personified objects. Having a mascot is not just an artistic choice but a compelling branding element. Let’s have a look at a few of the benefits a mascot can have for a brand:

Also Read
Why are marketers favouring vertical videos more and more?
Upcoming trends in direct selling industry in 2022
Transformation of digital marketing due to AI
How to convey a brand message using voyage and return storyline

Brands are intangible concepts. But mascots can express a brand’s personality through their traits and stories. A distinct personality of a brand can help to differentiate it in a crowded market and engage consumers. For instance, craft beer brand – Bira 91’s mascot is a monkey. This mascot projects a spirit of rebellion against the conventional and gives a humour-laced image. Let me share one more mascot personality example from South Indian QSR chain, Vaango. Meaning ‘Come in’, Vaango is the typical Tamilian way of welcoming guests. The brand’s mascot is a South Indian lungi wearing man smiling with folded hands. This mascot projects the spirit of the brand through its gesture.

Visuals are more memorable to the human mind than words. Like the brand logo, Mascots are also part of the brand identity. Once consumers see a popular brand mascot, they instantly recognize the brand. For instance, Amul Girl is not only a mascot of the brand Amul but also one of India’s best commentators. For over 50 years, she has been charming people with her wit and humour. No major event of note goes by without a comment from the Amul Girl. Undoubtedly, Amul Girl has done a fantastic job of making even a commoditized dairy product like butter stand out.

Mascots can communicate with people like an actual human and can create an emotional connection between a brand and its target audience. Insurance can be considered as a distress purchase. The policies aren’t cheap, premiums have to be paid regularly, and buyers may get the benefit later in the future. So, you can imagine how difficult it would be to market an insurance product and differentiate your brand from the competitive set. However, in 1999, appeared a game-changer – Gecko, an animated lizard, the mascot of an American auto insurance company, Geico. Gecko’s humor helped the brand to establish an emotional connection and powerful brand recognition.

Companies often hire celebrities to create quick awareness about their brands. However, celebrities charge a hefty amount for lending their reputation to a new brand and even increase their fee according to the rise in their popularity. Unfortunately, celebrities are also subjected to risk. For instance, Aamir Khan’s comments on ‘intolerance’ led to e-commerce giant Snapdeal facing backlash on social media. On the other hand, mascots are ageless brand representatives of a brand. They do not ask for money. Moreover, mascots do not take vacations, get sick, or get involved in troublesome affairs. In the short-term, a company would need to invest in making its mascot influential. However, in the long-term, a company can encash on the popularity of mascot without paying any fee.

Mascot merchandise such as t-shirts, hats, mugs, stickers, etc. has been a great source of revenue for many brands. For instance, Disney capitalized on the opportunity to merchandise by not only placing Mickey Mouse on consumer products but also by licensing it to external parties. The people who wear mascot merchandise not only contribute to brands’ revenue but also help in creating further popularity of mascots. By 2004, Mickey Mouse had made it to Forbes’s annual list of “fictional billionaires.” Mascots also help in the soft-selling of a brand. For example, mascots can attend events, or sports and promote their brand while entertaining the crowd.

Mascots can convey brand messages in a compelling way. For instance, in the current situation of Covid-19, Fevicol has decided to remind people of one of the most important precautions they can take to minimize the virus spread – social distancing. The brand tweaked its iconic mascots to reflect the changing times. In a recent campaign, the two elephants, which are Fevicol’s iconic mascots, seem to be walking away from each other. The copy on the post read ‘Kal ke mazboot jod ke liye, aaj thodi doori maintain karona’.

A brand evolves with time. If the context of a mascot is not aligned to the new identity of its brand, then the mascot becomes irrelevant. For instance, born in 1954, Asian Paints’ mascot Gattu (the kid with a paintbrush) played an instrumental role in making homeowners interested in the low-involvement category of paints. Gattu found its appeal with the middle-class and rural audience. Over the decades, Asian Paints transited from being a paint-can company to a solutions provider. The brand wanted to shake off its mass-market tag for a more premium appeal in the 21st century. The company revamped its corporate identity, and Gattu retired in 2002.

Read Also: How independent agencies can make the best of trying times