The company claims to have delivered 61.9 million conversions at an average cost per conversion of Rs 52.1 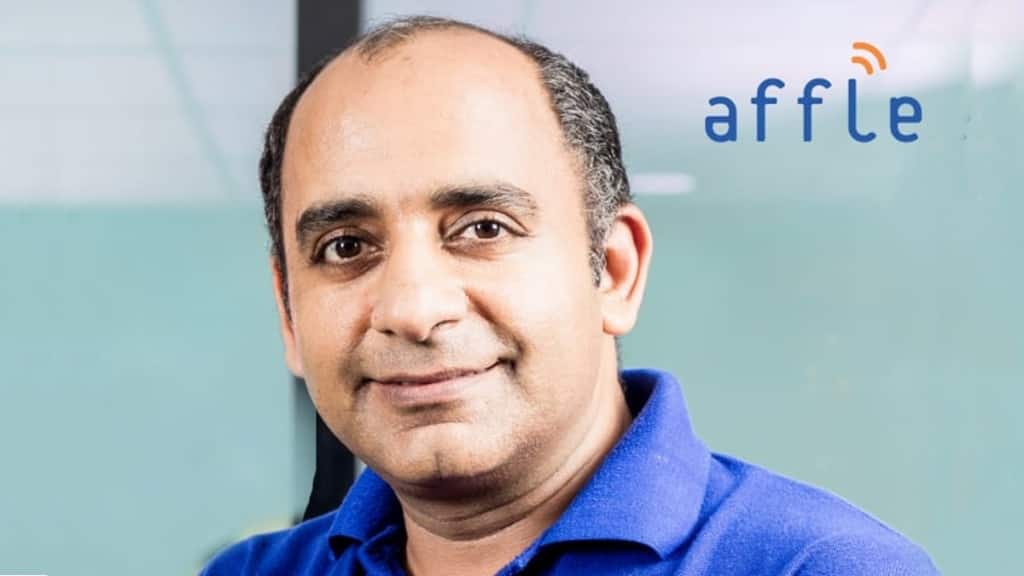 Smartphone consumption in India has seen a rise in the past two years. With this, mobile advertising has also seen an uptake by brands and advertisers. Leveraging this rise and claiming to provide better return on investments (ROI) is Singapore based Affle. A proprietary consumer intelligence platform through which it delivers consumer engagements, acquisitions and transactions by using relevant mobile advertising, Affle posted 127.9% year-on-year growth in revenue in Q1 FY2023. In conversation with BrandWagon Online, Anuj Khanna, founder, chairman and chief executive officer, Affle, talks about the changing landscape of mobile advertising. (Edited Excerpts)

What are the new trends that have emerged in digital advertising?

In India, as well as in other global emerging markets, the total digital ad spend, versus the total advertising spend is still under calibrated. For instance, in most emerging markets total digital or mobile ad spend would be around 20-30% of the total ad spend. Whereas, in most of the developed markets in the world, it is already more than 50% of the total ad spend. Hence, while during covid times the consumer adoption of digital payments, connected devices, mobile devices has increased yet we are under-penetrated as there’s at least 600 million more connected devices yet to come in from the Indian population. For the next five years,  new consumers will come on connected devices every year. Due to this, there will be a massive shift of advertisers budgets to at least become 50% on digital and mobile, from 30% currently. This growth is anchored on two trends– consumers disproportionately shifting to digital and connected devices to mobile and including being comfortable doing payments from those devices. Consequently, the advertisers have no choice but to at least shift 50% of their ad spend on mobile and digital.

What are the new innovations in the digital advertising space that you have rolled out?

At the start of CY2022, we unveiled our Affle 2.0 consumer platform stack. The stack comprises certain key core innovations and capabilities that our company is focused on and it can be explained via two V’s- vernacular and verticalisation. Within vernacular, we have sharpened our focus on consumer centricity, so that we can predictably serve any recommendations of products, apps, content, in audience’s vernacular affinity preference.into advertising. We are working on highly granular consumer experiences with vernacular.

As for verticalisation, we deal with industry verticals across categories– E, F, G and H. E includes education, e-commerce, entertainment; category F includes financial services, food-tech, FMCG, category G includes gaming, government, groceries and category H is healthcare and hospitality. Our team is working on deeply integrated innovations with each of these verticals, and helping these verticals, to give them a very compelling proposition to the consumer segments and cohorts.

Specifically in terms of mobile advertising, how do you see programmatic growing in India and evolving?

How does your revenue model work?

So our revenue model is rather unique, we call it cost per converted user. We are in the business of delivering conversions to the advertisers and to the marketeers. On one side, the advertisers see conversions, the other side, the consumers see relevant recommendations. Now, the conversion can happen in three use cases. One is a new user who has never converted with the advertiser before, gets converted through us. The second is a repeat conversion, where the user has already converted with that advertiser before but through our recommendations, goes for a repeat conversion with an advertiser online. And the third category of conversion is where we show the engagement on the phone but we drive footfalls into offline locations and drive offline conversions. So these are the three broad buckets of conversions that we help advertisers to deliver. For each conversion that we deliver, we charge a certain rate. So in the current quarter, where we registered around 128% growth in our revenue, versus last year, we delivered 61.9 million conversions at an average cost per conversion of Rs 52.1. This accounted for over 90% of our revenue in the previous quarter.

By the end of the fiscal, how much do you aim to clock as per your revenue?

In Q1 FY2023, Affle’s consolidated revenue from operations was Rs 347.5 crores, registering an increase of 127.9% year-on-year growth. This growth is a factor of both organic and inorganic. Our organic growth was around 45% year-on-year in this quarter. Our goal is very simple, we believe that our industry would grow at least around 30-35% and we should be able to keep pace with that kind of a growth model, even with the macro economic factors that are sometimes concerning. We are confident that we can beat the industry average growth rate in emerging markets.

What are the measures you have put in place for ad fraud?

Ad fraud is a menace and it needs to be contained. The only way of containing it is with technology. We launched our fraud analytics tool called mFaaS in 2017-18. We have almost 10 patents filed in the areas of prevention of digital fraud. It is to be noted that digital fraud is not a new phenomena. It’s been there since digital advertising was there for more than 20 years now. The reason it has not been contained is because a lot of the beneficiaries of the ad fraud were ignoring it. In our business model, unless and until a clear human user converts with an advertiser, Affle doesn’t make money. So we have a clear interest in ensuring that all the impressions and clicks which are non-human, digitally driven, have to be absolutely eliminated.