UAE-based Tablez has launched a kids’ super store in India 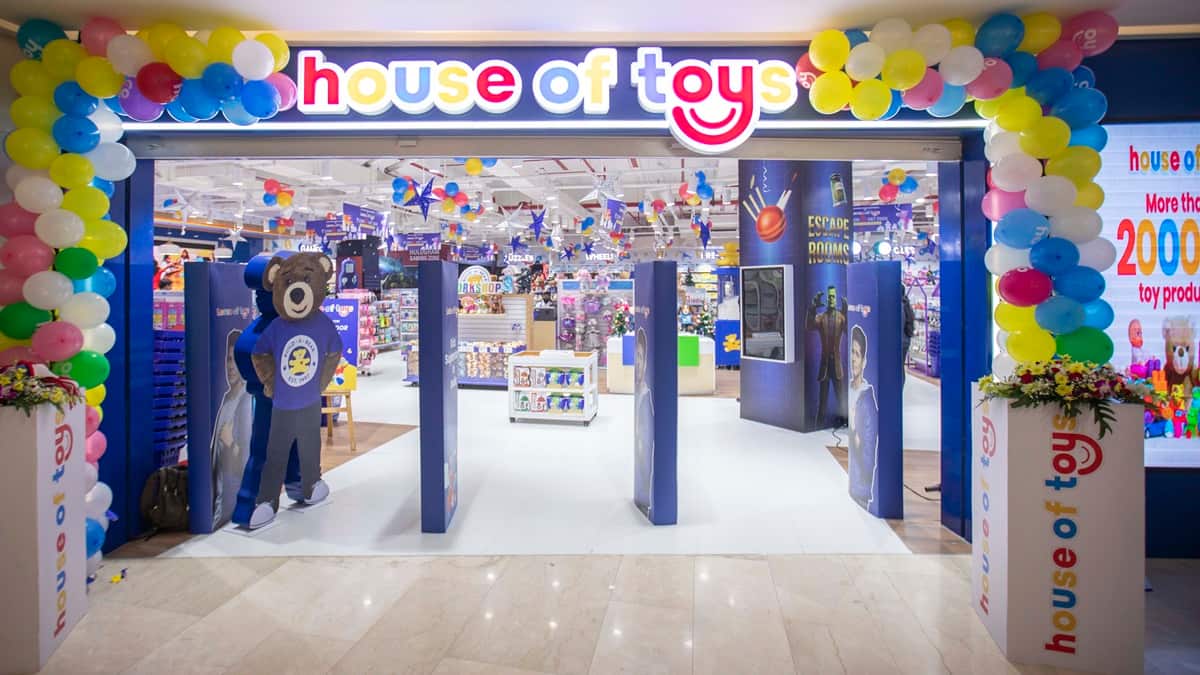 Tablez has been consolidating its presence in the Indian market lately.

Tablez, the retail arm of UAE-based LuLu Group, has launched its kids’ super store House of Toys in India. Tablez has been around in the country as the master franchisee of brands such as Desigual, Build-A-Bear, Go Sport, Yoyoso, Cold Stone Creamery, and Galito’s. The toy market in India, currently pegged at $1 billion, is estimated to double in size by 2025, according to a FICCI-KPMG report.

The first House of Toys store was unveiled at Global Malls, Bengaluru, in December, 2021. The store offers more than 20,000 products, from feeding bottles, strollers, and bathtubs, to wearable tech, remote-controlled toys, and stationery. Spread across 5,100 sq ft, the store also houses the Build-a-Bear shop, where kids can make their own soft toys. “We have toys starting from Rs 30, going up to Rs 30,000 in our assortment. We have 3,000 toys in the value segment of below Rs 500,” says Adeeb Ahamed, managing director, Tablez.

House of Toys aims to open 12-15 stores by the end of this year, initially in South India, and metros, followed by tier I cities and beyond. Tablez also plans to rebrand at least 10 Toys“R”Us stores in India to House of Toys in the second half of this year. The store’s products are available on Tablez’s own e-commerce platform, and will soon be listed on third-party marketplaces like Amazon and Flipkart. “House of Toys has potential to be one of the top revenue contributors of Tablez,” Ahamed says.

Tablez has been consolidating its presence in the Indian market lately. Last year, Tablez launched Yoyoso’s seventh outlet in India, and opened another outlet, its 33rd, of American ice cream brand Cold Stone Creamery, both in Kerala. Further, it has earmarked an investment of Rs 100 crore for the expansion of sportswear store Go Sport. Fashion brand Desigual, which caters to women in the 25-45 age group, is now present on Tata CLiQ Luxury, and will soon make inroads into Mumbai and Bengaluru, followed by Chandigarh and Hyderabad.

Presently, Tablez operates 80 brand stores in India; it plans to take this number to 250 over the next five years.

Given that more than a quarter of India’s population is under 15 years of age, intuitively, it makes for a “great market for toys,” says Devangshu Dutta, founder, Third Eyesight. He says upper-income households with fewer children tend to buy more toys, games and learning aids, especially since children have been much more confined to the home environment in recent years.

According to Angshuman Bhattacharya, partner and sector leader (consumer products & retail), EY India, the growth of this market has been driven by improved availability and penetration of branded toys, upgradation from manual to automated toys, and improved awareness and availability brought about by e-commerce.

However, any kids category, whether apparel or toys, has been a difficult model to crack, owing to factors such as low SKU proliferation, and difficulty in inventory management, says Bhattacharya.

To stand out in the market, analysts say, brands need to create an authoritative and diverse product mix, which, in turn, requires a relatively large store footprint in high-visibility high-footfall locations. “The stock turnover is also slower than many other product categories, so merchandising and replenishment strategies need to be really smart. Branded merchandise offers lower margins, so private labels and unique products are necessary to add to the margin mix,” Dutta notes.

Deeply understanding a store’s catchment, so that consumer engagement can be kept high through the year — rather than being limited to local celebratory peaks and holidays — could be a useful strategy, say analysts.

Read Also: Why 2022 will be the year of short video format

Next Story
Looking-forward 2022: Top trends that will shape OEM marketing this year