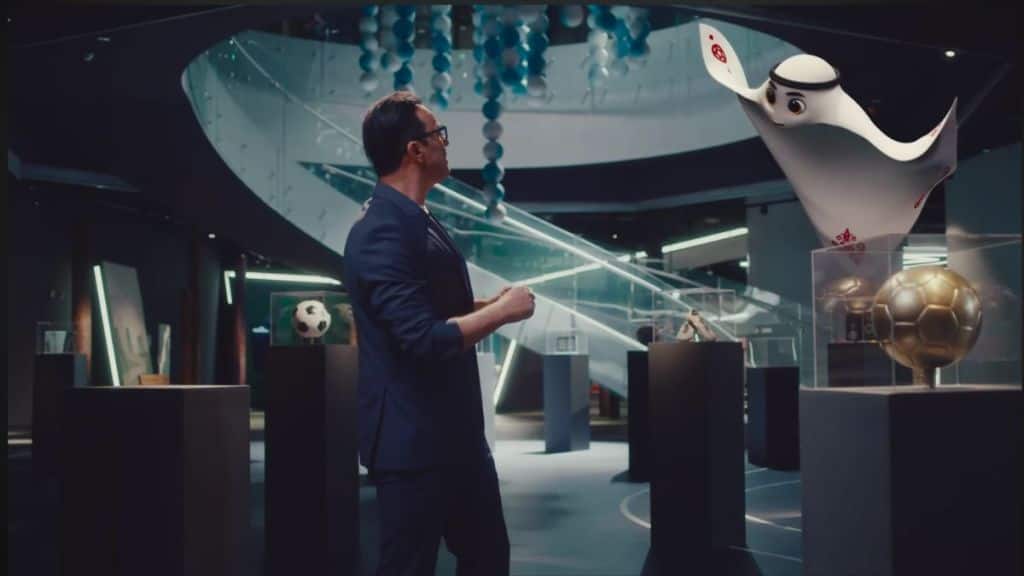 Fractal Picture and Katara Studios have announced their partnership to create the mascot La’eeb for the FIFA World Cup 2022. The company made its animated debut alongside music producer RED ONE in the inaugural film ‘Mascot Verse’ which was showcased at the FIFA draw early this year. Additionally, Fractal Picture produced five episodes with creative direction from Ahmed AL Bakr, Katara Studios.

La’eeb who is inspired from the traditional Qatari Keffiyeh (head wear), represents the culture and sensibilities of the FIFA host country, Aijaz Rashid, creative producer, Fractal Picture, said. “He is conceptualised as a football enthusiast so that the audience connect is instantaneous,” he added.

Additionally, Fractal Picture created a water screen projection film with La’eeb which was showcased on the corniche of Qatar and a film for a 3D LED digital billboard shown on Lusail boulevard, it claimed.

One of Katara Studios’ main aims was to present the mascot in a humorous and interactive way while ensuring he appeals to as many people as possible, Ahmed Al Bakr, CEO, Katara Studios, stated. ” During the development and animation process, we looked at La’eeb from an outsider’s point of view. Part of the challenge was creating content that non-football fans would enjoy,” he highlighted.