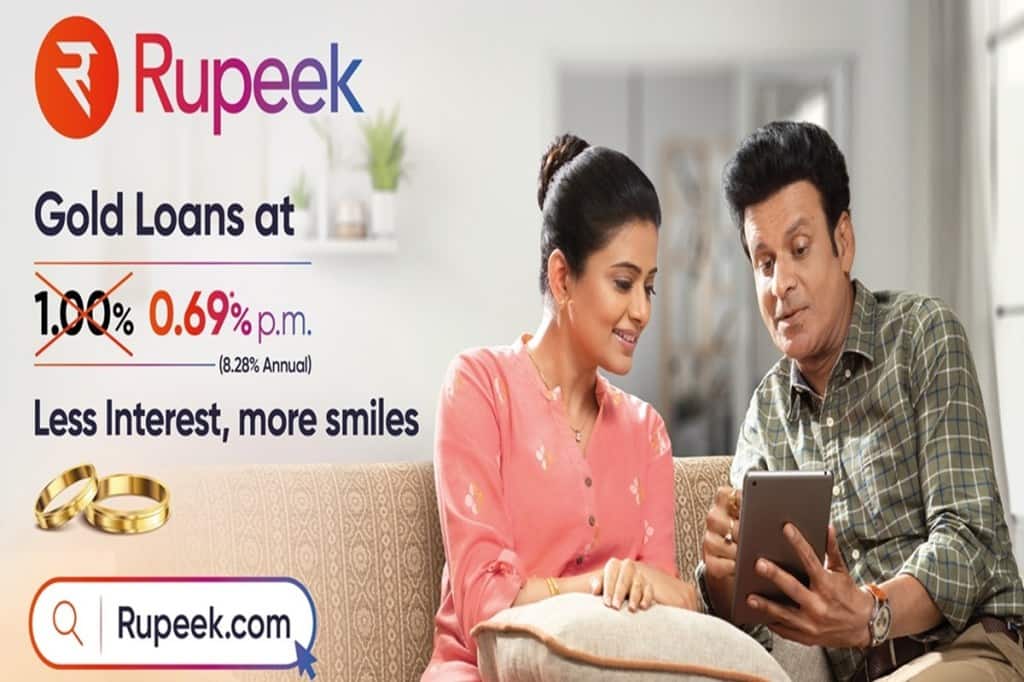 It’s the right time for the narrative of gold loans in India to evolve, Shalabh Atray, SVP, marketing and digital, Rupeek, said.

Fintech platform Rupeek has launched its first ever brand campaign. It features Manoj Bajpayee and Priyamani. The television commercial(TVC), a part of the campaign, showcases how Rupeek provides gold loans without any hassle, as well as at the lowest interest rates. “We believe that it’s the right time for the narrative of gold loans in India to evolve and align with aspirations of the evolving Indian,” Shalabh Atray, senior vice president, marketing and digital, Rupeek, said.

“With the majority of India’s population having no access to formal credit, there is a huge potential for asset backed lending such as online gold loans. I am happy and excited to have both Manoj and Priyamani onboard for our campaign and convey Rupeek’s vision to the Indian households,” Atray added.

The campaign which has been released in Hindi, will be launched in regional languages soon. It depicts the story of a couple who wants to avail gold loan but faces difficulties at a loan counter. In the second part of the campaign, the couple is shown to opt for Rupeek’s service which is faster and more convenient.

Rupeek wants to motivate common people to take pride in using their gold to access credit in a safe and personal manner through the campaign, as per an official statement. It offers online gold loans to its customers with minimal documentation, the statement added.

Bangalore-headquartered Rupeek, founded in 2015, is an asset-backed digital lending fintech platform. It aims to solve the credit pain points of Indians. It claims to be present in over 30 cities and have disbursed loans worth over Rs 5,000 crores, while 55% of its customers were first time borrowers. Some of its investors are Sequoia Capital, Accel Partners, Bertelsmann, and GGV Capital.