Del Monte taking its offerings to small towns, but is the market ready for gourmet Italian food products?

Industry reports suggest that Italian cuisine is the second most popular international cuisine in India, after Chinese, due to the presence of several QSR chains. It isn’t, therefore, a surprise that companies like Del Monte want to ride this wave. 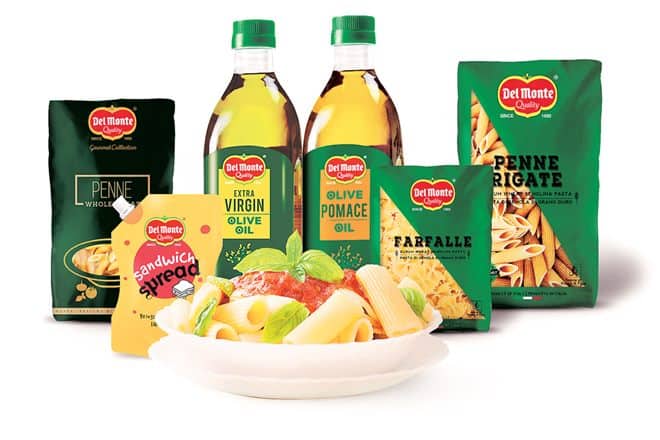 To boost growth, Del Monte has taken its offerings to smaller towns. But is the market ready for gourmet Italian food products?

For long, Del Monte has had a B2B focus, mostly seen as an accompaniment to meals in quick-service restaurants (QSRs). The company now strives to remodel itself as a consumer brand by employing a consumer-focussed marketing strategy, and has made its way into smaller towns with its Italian range of products. While the company has a retail presence in the top 50 cities, metro markets have been its focus thus far.

“Consumers have been exposed to Italian cuisine through out-of-home consumption in smaller towns; and now it is finding its way into their homes. We want to tap this demand as homemakers are known to experiment,” says Yogesh Bellani, CEO, FieldFresh Foods — a joint venture between Bharti Enterprises and Del Monte Pacific, which markets Del Monte products in India.

Industry reports suggest that Italian cuisine is the second most popular international cuisine in India, after Chinese, due to the presence of several QSR chains. It isn’t, therefore, a surprise that companies like Del Monte want to ride this wave.

Making its presence felt
Del Monte’s presence in towns beyond tier I was hitherto limited to modern trade stores, but it now plans to tap into general stores or kiranas as well as the online marketplace. Currently, Del Monte products are present in 75,000 modern, general and cash-and-carry stores; the company plans to add another 25,000 general stores over the next 12 months. The South, West and Northeast markets will be the company’s key focus areas, as it already has an optimal presence in the North.
Apart from Amazon and Flipkart, Del Monte has tied up with e-grocery player BigBasket and hyper-local players such as Milkbasket. The company claims to garner 8-10% of its retail business from e-commerce currently.

But given the premium imagery of the brand and its pricing, Del Monte has had to make a few tweaks — primarily, introducing smaller package sizes and cheaper variants of products. “We have introduced olive oil in 100 ml, 200 ml and 500 ml variants. While we have an imported gourmet range of pasta, we have also introduced a more affordable domestic range,” Bellani shares. A 500gm pack of pasta from the domestic range is priced at Rs 110, while that from the gourmet range is priced at Rs 175.

Foremost on its agenda is to raise awareness about the products for which the company has leveraged its B2B presence. Del Monte has tied up with QSRs and restaurants in the smaller towns to develop recipes using its products, which are then displayed on their menus.

The company recently launched a mass media campaign — Can’t Get More Italian — after a gap of eight years, in a bid to position itself as an ‘authentic’ brand, and to showcase its products. Below-the-line marketing activities and digital media are two other areas the company is bullish on.

“We have created lots of digital content, recipe videos, most-asked questions, etc, to inform people about the products. Then there are tie-ups with influencers and bloggers to give users an idea about how to use our products,” says Anshu Anand, head of marketing, FieldFresh Foods.

No smooth ride
Del Monte’s journey into smaller towns through kirana stores will not be without roadblocks. According to Devangshu Dutta, chief executive, Third Eyesight, general store owners in smaller towns are “conservative and reluctant to stock new products”, as they don’t see a high demand for them. Hence, ensuring product availability on shelves would be a challenge for Del Monte.

The company will have to appeal to these retailers by offering deals or a promise of buyback in cases of unsold inventory, says Alagu Balaraman, partner and MD, Indian operations, CGN Associates. “Till the brand identifies the pockets where there is demand, selling in these cities will be an expensive proposition,” he adds.
Even the e-commerce route won’t be as easy for Del Monte. As consumers in these markets are only discovering products through online channels, encouraging them to make a purchase would need an extra push by the company.

Anurag Mathur, partner and leader, consumer goods and retail, PwC, points out that Del Monte will have to keep up with local players such as Bambino and Double Horse, which offer products in a lower price range. “Since consumers are experimenting with this cuisine, they are more likely to go for cheaper products,” he adds.