With this campaign, the brand wants to spread awareness about the need for fitness 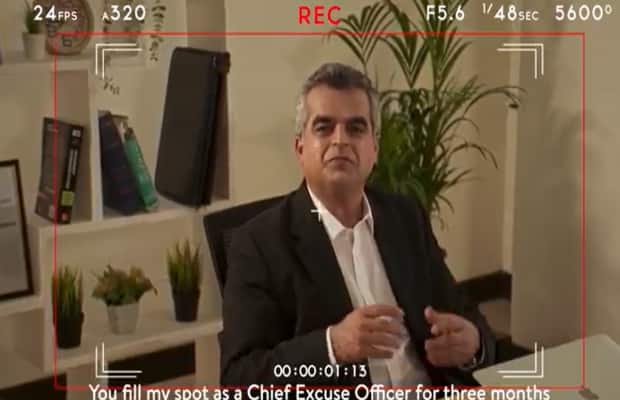 Cultbike.fit has recently been acquired by Cult.fit

Fitness bike brand Cultbike.fit has rolled out its ‘Chief Excuse Officer’ campaign to spur the fitness goals amongst the Indian youth. It takes a look at the critical concern for people unable to achieve their fitness goals. Taking a unique approach, the brand will reward those who lay off their fitness schedules for tomorrow by giving them the title of ‘Chief Excuse Officer’. The stand-up comedian Atul Khatri has been featured  as the protagonist in the digital film.

“Procrastinators plague fitness as a category, yet they form the most significant part of the industry’s target audience. Loads of traditional brands have tried to make this group fall in love with fitness but failed. We are doing things differently. We’re not selling an idea of a well-toned body but rather the concept of consumable and engaging fitness content that encourages the procrastinator in you to hop on to the fitness bandwagon. The Chief Excuse Officer campaign shows our intent in this direction,” Mohit Ahuja, marketing director, Cultbike, further, said.

With this campaign, the fitness bike brand wants to educate and spread awareness amongst the masses about the need for fitness and give the much-needed push to those who do not consistently focus on their health and wellness.

Cultbike.fit has recently been acquired by Cult.fit. It aims to bring a change in the fitness industry by bringing out campaigns that motivate the Indian masses to adapt to a healthy lifestyle. The new Chief Excuse Officer will be paid Rs 1 lakh for three months, as prize money, the brand said in a statement. As a brand Cultbike.fit wants to eradicate unhealthy lifestyle habits and motivate people to live healthier and happier lives.