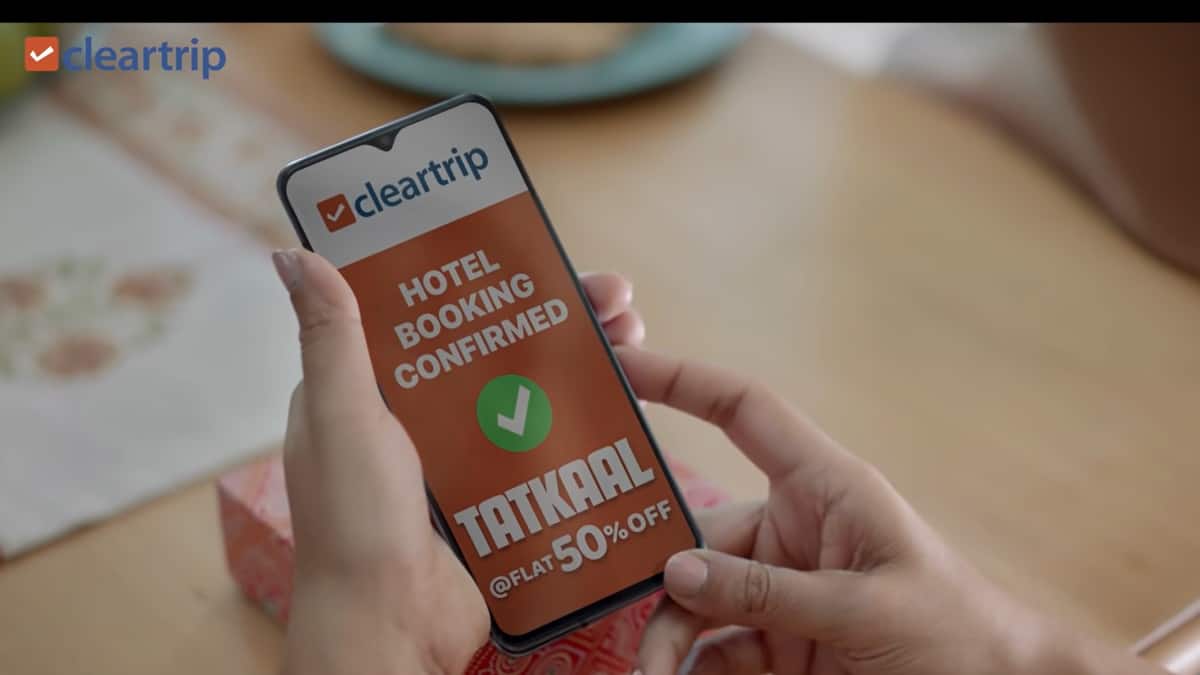 The discounts are available on domestic flights and hotels from 12 noon onwards everyday.

Online travel platform Cleartrip has rolled out its latest campaign to promote the newly launched Cleartrip Tatkaal offering. The brand has launched a digital campaign featuring two advertisement films around the launch of the initiative.

Picutrised around the campaign’s core narrative ‘ab isse achhi kya good news’, the two ad films use humour to highlight Cleartrip Tatkaal’s 50% discount offering. The first ad film opens with a couple sitting at the table. As the wife announces her ‘good news’ – her newly discovered pregnancy – the husband books a hotel at 50% discount and gives his wife his own good news. Similarly, the second ad film features two business partners – one of whose company has just closed a massive investment. The second entrepreneur books his flight tickets and says, “ab isse achhi kya good news”.

According to Kunal Dubey, CMO, Cleartrip, the campaign has perfectly captured the core sentiment of Cleartrip Tatkaal in a light-hearted yet meaningful way. “As Cleartrip introduces Cleartrip Tatkaal, a big celebration was warranted. The proposition, an industry-first initiative, will offer a window of opportunity where travelers can get a flat 50% off on all domestic flights and hotels, that’s double the benefit for half the price. We’re making every good news sound better now because our customers can comfortably book a longer, leisurely trip without worrying about burning a hole in their pocket. All you need to do is seize the opportunity, ” he added.

Also Read
WinZO brings Youtuber CarryMinati on board as its brand ambassador
Father’s Day 2022: Round-up of campaigns rolled out by brands
Myntra ends its EORS event as expected, calls it biggest ever
Star Sports partners with NODWIN Gaming to broadcast BGMI tournament in India

Launched in July 2006 Cleartrip is one of the largest online travel companies in MENA and among the top consumer internet businesses in the region across verticals. Cleartrip has a large presence in India with industry-leading unit economics, which also serves as the technology and engineering hub of the company, and Egypt which gives it the first-mover advantage in the nascent North Africa market. The company claims to have a gross booking value of $1.4 billion and revenues north of $100 million.

Read Also: FCB Group’s Rohit Ohri on why it’s important for brands to walk with the consumers